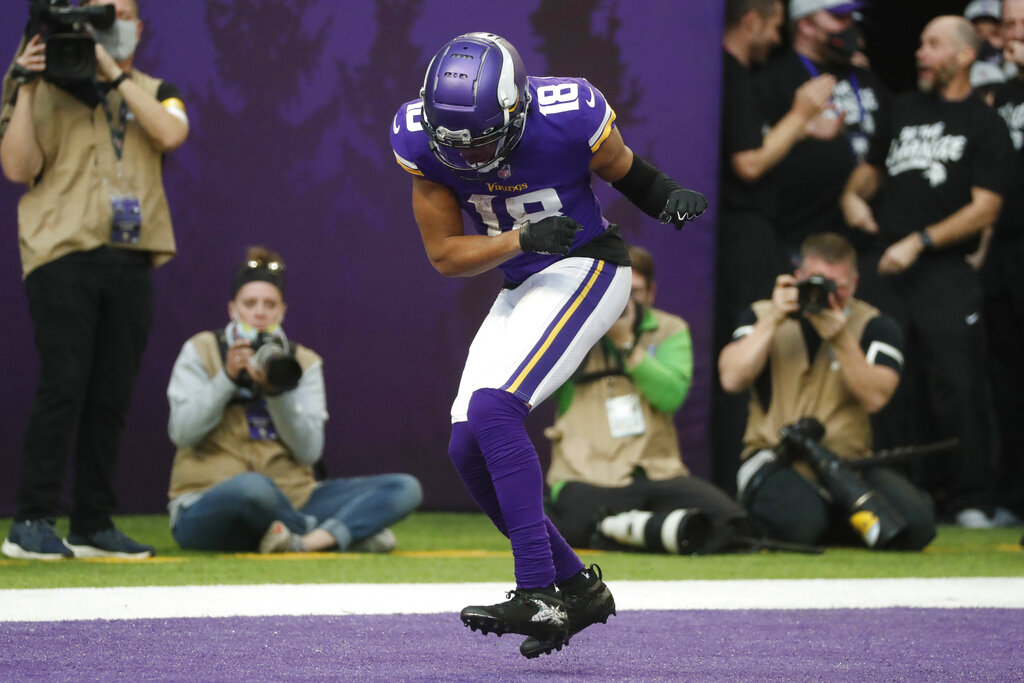 Justin Jefferson went to Miami this off-season to train at House of Athletes like he always does. He followed from afar as the Vikings improved their leadership, appointing Kwasi Edfo-Mensa as general manager, then Kevin O’Connell as head coach.

As things slowly began to fall into place, Jefferson couldn’t wait to get back to Minnesota.

“I didn’t want to be on vacation for too long,” Jefferson said Tuesday afternoon at the TCO Performance Center in Egan. “It was really about getting back into that grind mode. I was so excited to be back knowing that Coach Keo was coming into the building.”

As if that wasn’t enough motivation to play for an aggressive mastermind like O’Connell, Jefferson also noticed that some of his teammates get massive pay days.

Naturally, the market will continue to move in the coming years, meaning Jefferson could be in for an unprecedented deal once his rookie contract expires.

Not that Jefferson is too concerned about it right now. He knows that if he continues to bowl, everything else will fix itself.

“It comes with process,” Jefferson said. “I’m really just focused on what I can do right now, leading the team, being the captain of the team, and going out there and doing my best. At the moment That’s all I can do.”

What are his goals for year 3?

“I really don’t want to say my personal goals right now,” Jefferson said, putting his past successes in the rearview mirror. “At the moment I have a target on my back. I am planning to move up. There will always be players in the league who will try to stop me and that’s what we are doing. ,

Doing so could be easier said than done with O’Connell on opposing teams taking offense. He helped Cooper Kupp break an NFL record last season with the Los Angeles Rams. He plans to do the same for Jefferson with the Vikings this season.

That’s the level of production Jefferson is focused on right now. Not that massive pay days are likely to arrive at some point.

“That’s what it is at this point,” Jefferson said. “It’s just part of it. You just have to do your own thing and go your own way.”