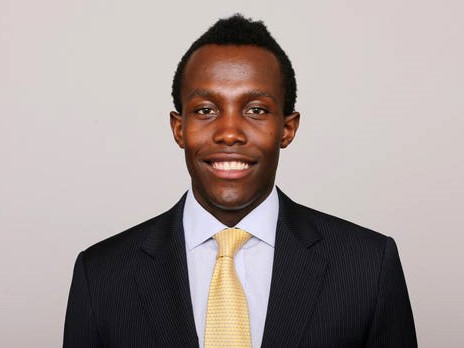 Adofo-Mensah, the Browns’ vice president of football operations the past two seasons, will replace Rick Spielman, who was fired Jan. 10 after 16 seasons with the Vikings, the final 10 as general manager.

Adofo-Mensah had a second interview with the Vikings on Tuesday after going through a virtual interview on Jan. 17. He remained in the Twin Cities overnight and a deal was reached Wednesday morning.

Adofo-Mensah was one of two finalists after the Vikings conducted virtual interviews with eight candidates between Jan. 16-20. The other finalist was Ryan Poles, who was the Kansas City Chiefs’ executive director of player personnel. Poles was scheduled to interview Wednesday in Minnesota before being named Chicago’s general manager on Tuesday.

Adofo-Mensah becomes the first Black man in the Vikings’ 61-year history to have the title of general manager. However, Dennis Green, an African-American who was Minnesota’s head coach from 1992-2001, was the de facto general manager in his final two years.

Adofo-Mensah, who received a bachelor’s degree in economics from Princeton and a master’s in economics from Stanford, has a strong background in analytics. He got his start as a day trader on Wall Street before serving as manager of football research and development with the San Francisco 49ers from 2013-16 and director of football research and development with the 49ers from 2017-19. He has been with the Browns since 2020.

Read Also:  When it rains (or hail), it puts the Orioles in for the bullpen as it falters after a delay in their 5-2 loss to the Yankees

On the same day the Vikings fired Spielman, they also fired Mike Zimmer as head coach. Owner and president Mark Wilf said then that the Vikings would hire a general manager before a head coach, and the general manager will have input on a coach. Minnesota has had virtual interviews so far with eight candidates for coach.

Among the eight, two were assistants with San Francisco when Adofo-Mensah was there. DeMeco Ryans, in his first season as the 49ers’ defensive coordinator, was a quality control coach in 2017 and inside linebackers coach from 2018-19 during Adofo-Mensah’s tenure. And Los Angeles Rams offensive coordinator Kevin O’Connell was a 49ers special projects assistant in 2016.

No. 4 Louisville women trounce No. 14 Irish in testy matchup