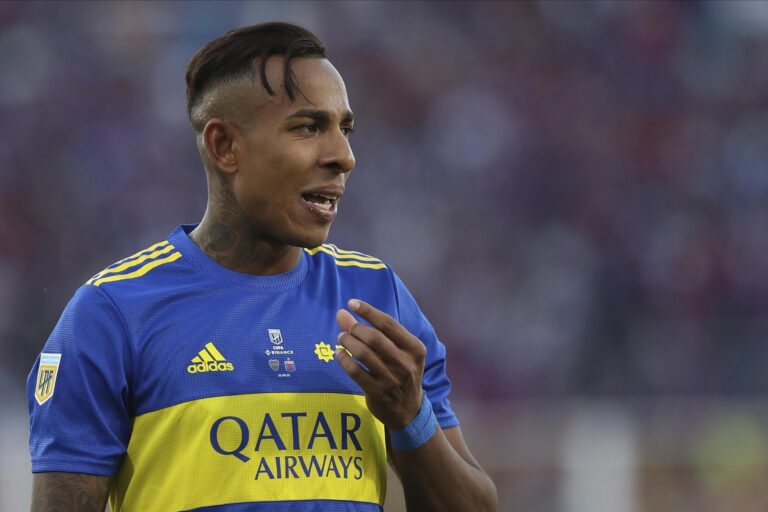 Buenos Aires ( Associated Press) – The woman who accused Colombian striker Sebastian Villa of rape said on Monday it “hurts me” when she sees him playing for Boca Juniors, despite being charged in the case and more than the Argentine club. asked for sympathy.

In addition, on Monday, Argentine justice set the date for the start of the trial against the striker in another case of sexual violence against his former partner and compatriot, Daniela Cortés.

“I felt sad. It hurts a lot. Look, I was from Boca and my whole family was from Boca. There was a lot of celebration when Boca played, and that’s something that can’t be done in my family anymore It’s disappointing,” said Tamara Dolden during a series of interviews with local media.

In the first days of May, Dolden appeared in court and denounced Villa, with whom he had an affair since early 2020, raped her on June 26 last year at the player’s home in a private neighborhood on the outskirts and beat him. of Buenos Aires.

Although a specialist prosecutor in this class of offenses charged the player with alleged sexual misconduct, Boca did not take any disciplinary action against the striker.

“I can’t judge. The only thing I ask of Boca and everyone is a little sympathy and respect,” the woman told the infobay site. “We all have a principle of innocence, that’s true, but a little empathy isn’t possible? I don’t understand why they have to exaggerate it so much? At least, I don’t know how to be a little more empathic.”

In a recent interview, former football player and current vice president of Boca, Juan Roman Riquelme, expressed that he had nothing to reproach Villa as a professional and that the rape complaint corresponded to his personal sphere. Was.

At the institutional level, Boca merely stated that it was made available to justice and the complainant.

Dolban testified before the court that Villa “abused me, initially from the front (on my back), and eventually turned me down with my mouth, almost without letting me breathe, because between the screams and tears I could wind up.” I was running out of it. In this his body was put on top of me and his hand in his mouth, which got aggravated when he turned me around and pressed my head against the bed… I was breathless and abusive- Without strength during the galouge. ”

She said that she received threats later in the day and was pressured by the player and her crew not to explain what happened. She also said that she was offered $5,000 for her silence and she did not accept it.

“That night was terrible, because everything happened in a place where I was comfortable, with a person I loved. But suddenly it wasn’t like that anymore. It was so shocking, it hurt me in every way ,” Dalden told the Todo Noticias series on Monday.

Asked about the reason why she now condemned Villa, Dolban said that “she can’t live like this anymore, with her in tow. I couldn’t do it anymore.”

The prosecutor in the case requested Villa’s arrest, but a judge held that there was not enough evidence to order a remedy.

On the other hand, on the same Monday, the corrections court of Lomas de Zamora, a suburb south of the Argentine capital, set September 19 as the start date for the trial against Villa, in another case involving a former accomplice of sexual violence. Was. and threats. forcefully.

Cortés, who stayed with Villa until April 2020, then released a video and photos of himself with injuries, which he attributed to the player. He clarified that this was not the first time and confirmed the statements in court.