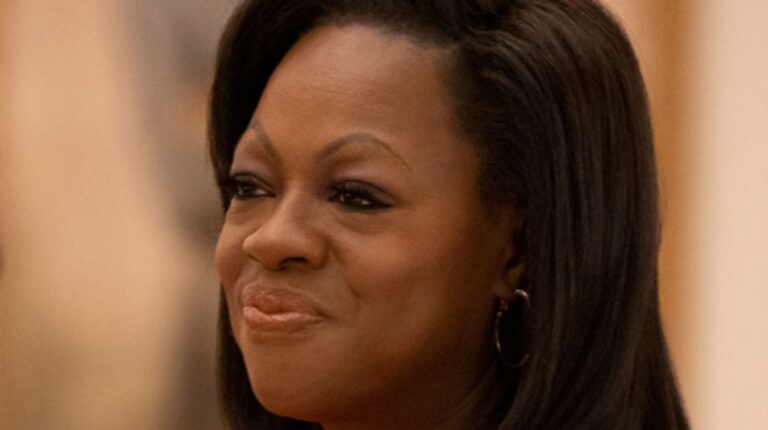 Viola Davis has seen your tweets about her portrayal of Michelle Obama in the new Showtime series “The First Lady,” and she wants to have a word.

The former is hitting back on the response to his turn as FLOTUS in the Oscar-winning anthology series, which follows the parallel lives of three women who make their mark on the White House: Obama, Betty Ford (Michelle Pfeiffer) and Eleanor Roosevelt (Michelle Pfeiffer). Gillian Anderson).

Since the show’s premiere earlier this month, viewers have unnecessarily exaggerated Davis’ performance, with many expressing confusion about her decision. clearly purse her lips in some scenes.

Speaking with the BBC in an interview published on Monday, the actor addressed the reaction for the first time, saying, “It’s incredibly hurtful when people say negative things about your work.”

“The critics serve no purpose,” Davis told the BBC. “And I’m not even saying that to be bad.”

“They always feel like they’re telling you something you don’t know,” she adds. “Somehow you’re living a life that you’re surrounded by people who lie to you, and ‘I’m going to be the person who leans in and tells you the truth.’ So it gives them an opportunity to be cruel to you.”

Davis, however, does not regret signing on for the role, saying that “win or fail,” it is his “to make bold choices as a leader.”

Said choices have previously paid off for Davis, who is one of the few actors and the only black woman to win Oscar, Emmy and Tony awards for acting, putting her within reach of coveted EGOT status.

Unlike Pfeiffer and Anderson, who have received notably better reviews for their work on the Showtime series, Davis said portraying a modern political figure is a “nearly impossible” challenge.

“Either you’re doing too much or not enough,” she told the BBC, adding that she has “no personal contact with Michelle Obama”, who has yet to comment on the series.

“The First Lady,” which wraps up its 10-episode season in June, is one of several current and upcoming projects for Davis, who also recently released her memoir, “Finding Me.”

She is set to star in “The Woman King”, a historical epic inspired by true events in the West African state of Dahomey Kingdom, now Benin.

“How do you move on from hurt, from failure?” Davis asked the BBC rhetorically. “But you have to. Not everything is going to be an award-worthy performance.”