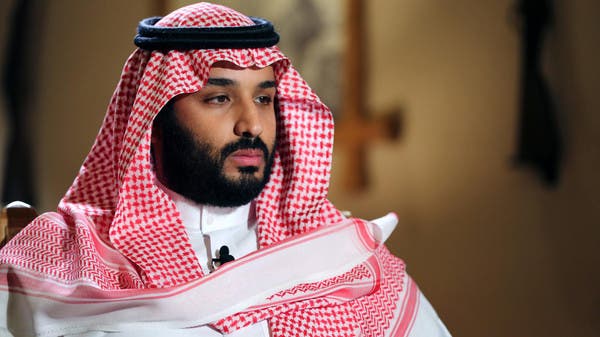 Research titled “KSA Reputation: How Vision 2030 is Rebranding the Nation” released last month by global media intelligence provider CARMA showed that the state’s transformational vision cast it in a more positive light than it did 15 months ago.

The in-depth analysis examined coverage across 30 markets and over 1,800 major international titles from traditional and digital media to identify key conversations and sentiments on Saudi Arabia. It showed that a third of the articles mentioned Vision 2030 in the first quarter of 2022, compared to 19 percent in 2020.

According to the study, sentiment changed between 2020 and 2021; Positive sentiment increased by nine percent from one year to the next, while negative coverage decreased by 18 percent. Sentiment growth extended to Q1 of this year and was primarily driven by geopolitical factors, which hindered the development of favorable news. Factors included the war in Ukraine, which brought energy geopolitics to the forefront of international attention, resonating across regions.

The general context of economic affairs was the second largest contributor to mainstream media articles in 2021 at 20 percent, CARMA noted, while oil and gas were third at 14 percent, with tourism and culture resting at 9 percent. This means that the media buzz around Saudi Arabia has gone beyond oil to shed light on social and economic changes.

“Saudi Arabia is changing rapidly, and Vision 2030 is a uniquely transformative economic and social reform blueprint opening up the Kingdom to the world,” Rawan Hashem, Director of Content Insights at CARMA International, told Al Arabiya English. “We wanted to tell the story of this change and evaluate the change in sentiment from 2020 to today, focusing on key themes and reputation drivers from a comparative perspective.”

The study noted that 2021 shed a fresh light on Saudi Arabia, with international headlines outlining the achievements of Saudi women and the country’s progress on women’s empowerment and inclusion.

Raghida Durgham, founder and executive chairman of the Beirut Institute and international columnist, confirmed that the change had gone unnoticed.

“A development revolution has taken place in Saudi society at the social, cultural and economic levels, and Vision 2030 is just the beginning of that process.”

Durgham agreed that political issues were no longer the sole focus of media interest; He said that politics will not disappear from the talks.

“The emphasis on oil will sustain its share of media coverage. The same applies to Saudi Arabia’s strategic importance in the Middle East as well as its relationship with the United States.”

Sentiment coverage around Saudi Arabia has become more subtle, especially as the impact of COVID 19 begins to subside and the Kingdom begins to boost its tourism credentials and economic attractiveness.

The study showed that Saudi initiatives related to technology, environment, entertainment, sports and science gained media attention in 2021; The share of these subjects increased by 40 percent.

“We saw several media reports outlining technology and entertainment initiatives happening across the state, apart from cultural partnerships and diplomacy. It is as if a new Saudi Arabia is being formed. Regional and international outlets also spoke about KSA’s efforts to establish itself as a global tourist destination,” Hashem explained.

Read Also:  Louisiana and Texas DUI statistics could not be further apart

For its part, Durgham sees that Saudi Arabia is moving in the right direction toward achieving its Vision 2030, but the journey is long.

“Development, as it seems now, is heading towards a remarkable result. However, I must stress the need to address many other important aspects, including the condition of individuals.”

Reforms are inevitable in the Middle East

From a media analysis perspective, Hashem believes that Vision 2030 shows the world a new face of Saudi Arabia, as it is reshaping its reputation. Will continue to do so.

According to Durgham, similar reforms and approaches are needed in many countries in the Middle East to reach some stability in the region.

“The Gulf states in general, and Saudi Arabia in particular, are adopting, and adopting, more reforms than the Levant countries, where the collapse is,” she said. “The reforms can have a substantial impact on the course of society and the country.”

“Gulf states have reconsidered their relationship with the world and each other; they are finding their own way that is not dependent on the outside world. And it is not the end of the road. Who knows what lies ahead after 2030 ? Maybe they are telling us about their vision for 2050 and 2070.”

Saudi Arabia offers music classes in schools: all you need to know

‘We have nothing left here’: Caldor fire destroys firefighter’s home