VP Kamala Harris demands ban on assault weapons, says ‘they have no place in civilized society’ 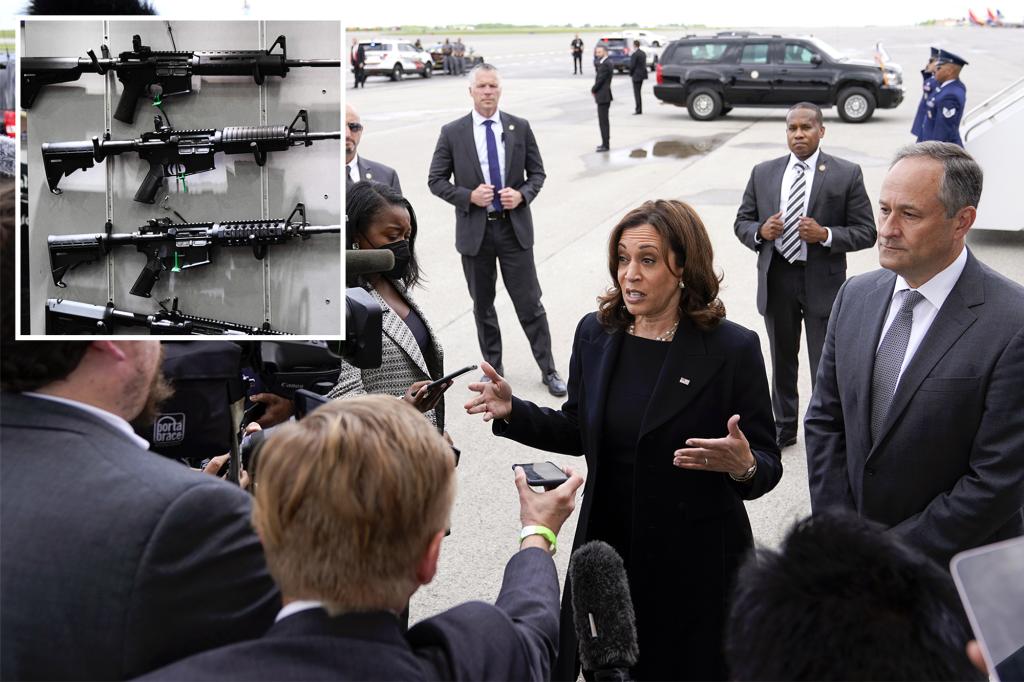 Vice President Kamala Harris called for a ban on assault weapons after the horrific mass shootings at an elementary school in Texas and a supermarket in Buffalo, saying weapons “have no place in civil society.”

“On the issue of gun violence, I would say, as I’ve said countless times, we can’t wait to find out what the solution looks like. You know, we’re not looking for a vaccine,” Harris told reporters Saturday in Buffalo, where she attended the funeral of one of 10 people killed in the May 14 massacre.

“We know what works on this. It includes, let’s ban an assault weapons,” she said.

Read Also:  The parts of America paying closest attention to the Russia-Ukraine crisis

AR-15-style assault weapons were used by both Peyton Gendron when he opened fire at a Topps friendly market, killing 10 black customers, and Salvador Ramos Tuesday’s Rob Elementary School in Texas. 19 students and two teachers were killed in the firing.

Harris spoke at the funeral of Ruth Whitfield, the oldest of Gendron’s victims at age 86.

The Vice President recalled the recent number of mass shootings that shook the nation and said, “Enough is enough.

“Here in Buffalo, in Texas, in Atlanta, in Orlando, what happened in the synagogues, and so this is a moment in which all the good people, all the God-loving people, need to stand up and say, ‘We are going through this. Will not stand for it,'” Harris said at Mount Olive Baptist Church, referring to a string of mass shootings in America.

Congress passed a law banning assault weapons in 1994 during the Clinton administration, but former President George W. Bush allowed the law to expire in 2004.