War Russia – Ukraine, Live | The former “Hell is”: fierce battles in Avdivka and the fortified Pisky 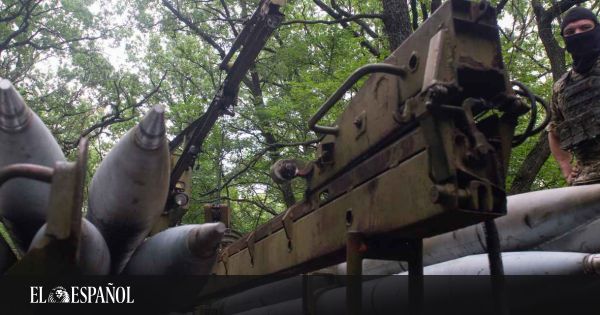 The Russian military claims to have made territorial gains in the Donbass. After several weeks of tense calm, The fighting intensified on the outskirts of Donetsk, but also on the Bakhmut-Solder axis Objective number one of the third phase of the Russian military campaign, leading to the main Ukrainian strongholds.

In Donetsk, three Ukrainian brigades reportedly “lost combat capability and suffered heavy losses”, for which they “left their positions”. These are Bazmut, the strongholds of Sloviansk and Kramatorsk, and an important communication axis leading to the city of Soledar.

Russian troops and separatist militias aim to attack Bakhmut from the north, Meanwhile, the evacuation of the population in the areas of Donetsk under the control of Kyiv, ordered by the President last Sunday, Volodymyr ZelenskyIt is running much slower than expected.

Another focus on Ukraine is the final departure of the grain ships, as the first since the start of the invasion departed on Monday. The three that will depart over the next few hours will also do so via the agreed maritime corridor between Kyiv and Moscow, bound for ports in the United Kingdom, Ireland and Turkey.

In total, they will transport 58,041 tonnes of corn., Two of them will depart from Chernomorsk and the third from Odessa, and upon arrival in Turkish territorial waters will pass the relevant inspections, as Turkey is the mediator in the agreement on the maritime corridor.

The largest cargo, 33,000 tonnes, would travel from Odessa on Navistar and bound for the port of Ringskiddy in Ireland; The freighter Rosen will carry 13,041 tonnes to Tsport (United Kingdom) and Polarnet will carry 12,000 tonnes to Karasu in Turkey.