Warning! Because of this the world can wear “doom” clothes in China 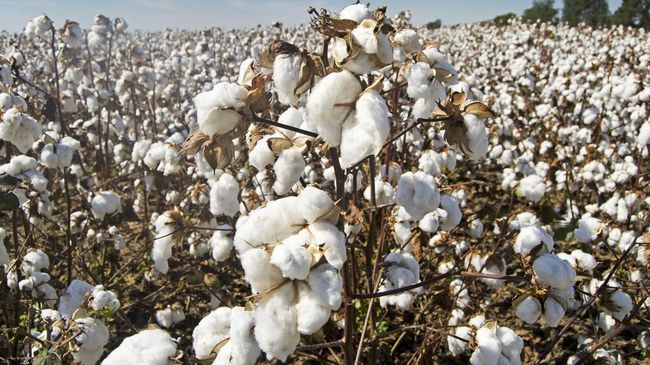 Jakarta, CNBC Indonesia China is currently battling with the rising outbreak of Kovid-19. tight locking (lockdown) is considered to have an impact on the country’s economy.

But a new problem arose. It is a heat wave accompanied by the risk of floods and landslides

It is believed to threaten China’s major production there, namely cotton. In fact, Xinjiang produces about 20% of the world’s cotton which is important in the global textile industry.

“Extreme weather in the south and east of the region, more than twice the size of France, persists for about 10 days,” he said.

“Such heat waves can also have an impact on crops, especially cotton,” he explained.

Cotton itself is a plant that requires a lot of water. According to some estimates, it takes 20,000 liters of water to produce 1 kg of cotton, which is enough for a T-shirt and jeans.

Meanwhile, the Ruoqiang region in southeast Xinjiang has also sounded a red alert. It is the highest in three-tier heat warning system of China.

It is known that from last Friday the temperature is expected to reach 40 degree Celsius. This will continue for the next few days.

“The persistently high temperatures have accelerated the melting of glaciers in mountainous regions and have led to natural disasters such as flash floods, landslides and landslides in many places,” Chen said.

Xinjiang is not really suffering alone. Another round of temperature extremes is expected to affect about 20 provinces.

Cotton prices are skyrocketing: These types of fabrics can cost a lot!

The pandemic stimulus was front-loaded. This could mean a bumpy year.