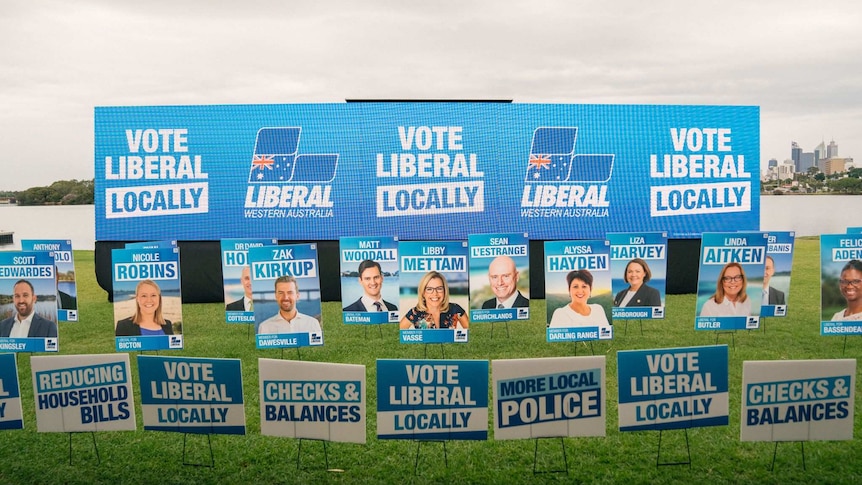 The Liberal Party has lurched too far to the right in its embrace of religious “fundamentalists” and “will die as a party” without serious reform according to a WA Liberal veteran, as party stalwarts round on each other in the wake of a dismal federal election performance.

Former federal cabinet minister Ken Wyatt, who lost his seat of Hasluck, condemned the party for being “bloke centric”, while Liberal Party state president Richard Wilson promised a major overhaul of the way candidates were chosen.

Former party leader Bill Hassell was scathing in his assessment of the party he led in WA in the 1980s, suggesting a dire future without major remedial action.

“If the recalcitrants in the Liberal Party are not prepared to get out of the way, or get out, we’re going to die as a party, it’s as serious as that,” Mr Hassell told ABC Radio Perth.

He said they were controlled by “extremist factional powerbrokers” — an allusion to “The Clan”, an informal group of conservatives, including former federal finance minister and WA MP Matthias Cormann, upper house MPs Peter Collier and Nick Goiran, and Ian Goodenough, the incumbent federal MP in Moore struggling to hold his seat.

Mr McGowan has refused to accept credit for Labor’s strong showing in WA, instead attributing it largely to the Morrison government’s decision to support Clive Palmer in his High Court challenge to the closed state border.

“It was a terrible decision… it was stupid,” Mr McGowan said.

“Join with Clive Palmer — what were they thinking, why would they do that?”

Mr McGowan’s assessment was that if former Prime Minister Scott Morrison had listened to WA Liberals opposed to joining Mr Palmer, the election result in WA may not have been so disastrous.

“I suspect if the Prime Minister and Mr Porter had listened to them it might have been a bit of a different outcome here,” Mr McGowan said.

The Liberals lost the Perth metropolitan seats of Swan, Pearce, Hasluck and Tangney, while the seat of Moore is still on a knife-edge.

They also appear to have lost the heartland blue-ribbon seat of Curtin to independent Kate Chaney.

It comes after the state Liberals were almost wiped out after the last state election, when they were left with only two seats in the lower house.

Senior WA Liberal and former Morrison cabinet minister Ken Wyatt, who had been the member for Hasluck, recounted people telling him on the day of the federal election they wanted to vote for him but could not because of his party’s particularly’ “mindset”, on climate change and women.

“I had a young woman saying to me ‘your party needs to do something about women, including having more women in politics’,” Mr Wyatt told ABC Radio Perth.

Asked about what the WA Liberal Party needed to do after its loss of so many seats in WA, he said the party had to act on the review conducted after the state election loss.

“We shouldn’t be bloke-centric like we’ve been in the past.”

Mr Wilson promised party members would have a greater say in preselections in the future.

“We need the best possible candidates to be placed in our seats in the elections of 2025, both state and federal, and that means we’ve got to overhaul top to bottom the way we select candidates,” he told ABC Radio Perth.

“And I expect that if people on our state executive or our state council don’t believe that reform is necessary, I’d expect them to consider their positions on those bodies because I think we’ve been sent a pretty clear message now. “

Mr Hassell said the party had received three recent messages at the ballot box in WA but had not been listening and had failed to implement any real change.

He said the party had lurched too far to the right.

“Fundamentalists, whether they’re Christian or Muslim or any other, are dangerous people because they don’t want to live in the community according to general community standards,” he said.

“They want to impose their particular belief system and philosophies on all of us, and that’s one of the problems in the Liberal Party – what we call the religious right.” “I think they are … seriously misguided”

He said MPs should not interfere in the endorsement process “because it’s been politicians interfering that has reduced us to this rump.”

“The only way it will be righted is if we have root and branch reforms.”

Need a break from election news? Check out these stories

Meng and the Two Michaels: Why China’s Hostage Diplomacy Failed

As a Wisconsin recruiter, Miles Burkett played as a “ warrior ” to beat Sun Prairie for state gold