Warning: The dangers of sports betting 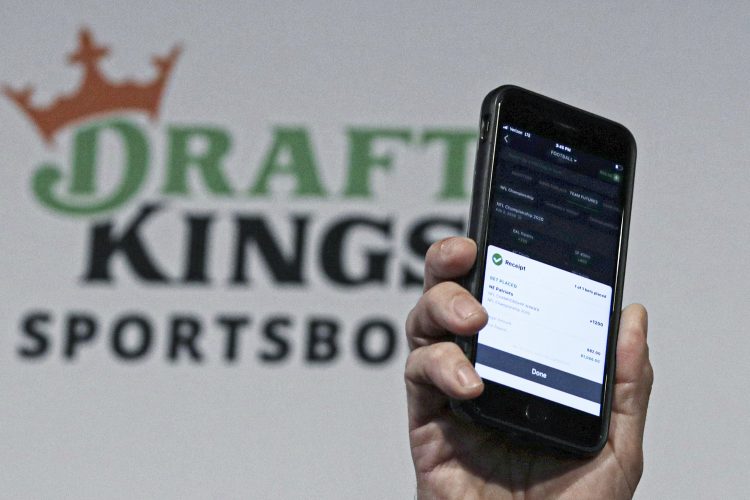 Mobile sports betting has been taken off in New York state, bringing with it the possibility of an increase in gambling addiction cases.

Carmelo Hernandez, director of Community Mental Hygiene Services in Chautauqua County, said access to mobile sports betting — and gambling in general — will likely result in an increase of addiction cases.

“Addiction comes in many forms,” Hernandez said. “The form it takes can also depend on the stage of the problem. We know it already exists in the county and the state, but we expect to find more cases of it in the future because of this increase in access. Our job will be to reach those people when they come, and work from an education angle.”

Hernandez said the county Department of Mental Hygiene is working on training its staff to focus on gambling addiction.

“We saw this happening,” he said. “We are working on training so when people come to us who might be experiencing problems, we will be ready to help. We are here to help and be a guide for all issues or hurdles that anyone might have, and that goes for any addiction as well.”

“The difficulty is that this is a hidden addiction,” DiRosa said. “Behaviors are usually not as obvious for gambling addiction, unlike for other addictions. Some behaviors might just be things such as added stress or anxiety around sports events, or specific times of the year, or feeling the need to gamble more money more often. There can also be a change in demeanor or personality, and making gambling on sports more of a priority than other things.”

Additionally, DiRosa said with increased accessibility to sports betting, there comes an increase in the likelihood of people who have not had a gambling problem before now developing one.

“With gambling being available on mobile devices now, there is already a bigger likelihood of addiction happening, since everyone already spends so much time on their devices that others may not always be aware that someone is gambling,” DiRosa said. “Having more rapid access will also increase the likelihood of a problem, since you will be able to place multiple bets in the span of 24 hours.”

Along similar lines, Hernandez said with everyone already utilizing their handheld devices for so many things, mobile sports betting makes it even easier for people to get into gambling who have not before.

“You can now play the lottery on your phone with an app such as DraftKing,” Hernandez said. “It’s amazing the amount of access to everything we have at our fingertips, and now gambling is included in that.”

For those wanting to try mobile sports betting but are worried about the chance of developing a problem, DiRosa recommends proceeding with caution.

“This type of gambling can engage a younger, new audience who might not have tried gambling before in more traditional means, such as at a casino,” DiRosa said. “It can also entice those who do not know anything about it and who might not even really be too into sports, especially if it advertises free money. Money is rarely free.”

He added, “If you are really worried about developing a problem, you may just want to stay away altogether. Otherwise, set up a checks and balances system for yourself. Set limits on the amount of time you spend on the gambling sites. Tell loved ones that you have started gambling or when you are doing it. If you have other concerns, you can reach out to the Western Program Gambling Resource Center.”

Hernandez also recommends caution, specifically monitoring yourself or reaching out for support.

“I’d say the most important things to do would be monitoring, awareness, introspection and support,” Hernandez said. “It’s similar to other addictions as well where addicts often don’t realize they have a problem until they pass some sort of hurdle, where they lose a relationship or something else similar. For gambling it could be something like not having enough money to pay bills because of putting all of their money towards gambling. As providers, it’s up to us to provide education and be proactive to teach people what to look for.”

The Western Program Gambling Resource Center is one of the many resources in New York available for those with gambling problems, and can provide information about local resources such as Gamblers Anonymous as well. They can be reached at 716-833-4274, or by emailing [email protected]

The Chautauqua County Department of Mental Hygiene, can be reached at 716-661-8330, or on the Chautauqua County Government website, chqgov.com. They also provide two clinics, one in the Jamestown area and one in Dunkirk, along with telehealth services.

With the introduction of mobile sports betting in New York, DiRosa said the worry about an increase in addiction cases comes from watching trends in other states that have also introduced it in the last few years. This includes New Jersey and Pennsylvania, which saw a 285% increase in use of its help lines since legalization.

“New York had a landmark opening weekend,” DiRosa said. “We are already seeing a similar trend, which is very concerning. This is why advocacy is very important.”

Jim Maney, executive director of the New York Council on Problem Gambling, countered state lawmakers who touted how much money sports betting was bringing in to New York.

The state Gaming Commission reported last week that $1.6 billion worth of sports bets had been made in New York in the first four weeks. Of those wagers, sports books generated $113 million in revenue, Maney said.


Today’s breaking news and more in your inbox

Tags: Page One, Warning: The dangers of sports betting

Steelers GM Khan embracing the expectations of the new role

For Nebraska Fortenberry – A Bilateral Challenge in 2022