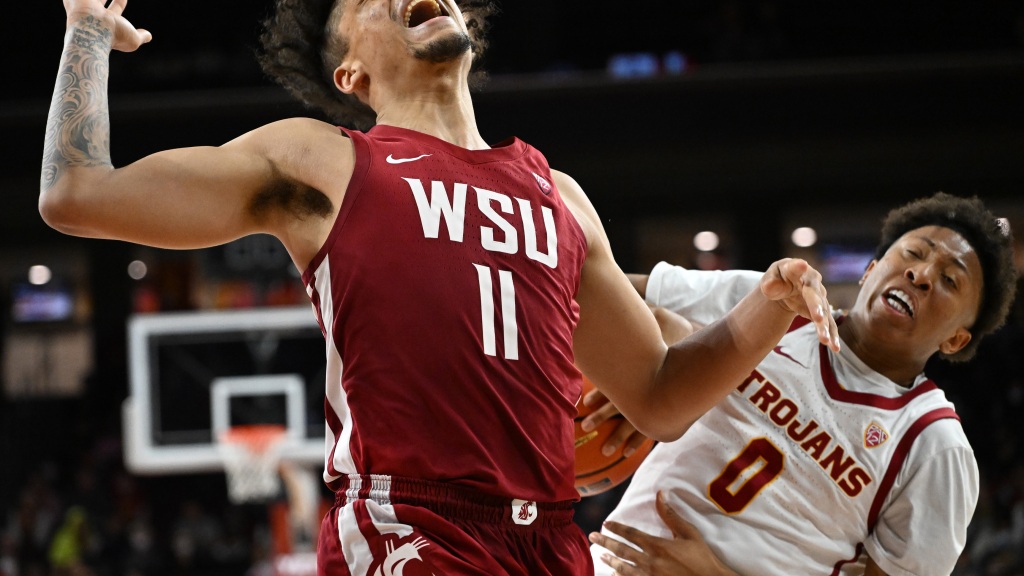 The Cougars grabbed a board, pitched the ball out to the perimeter, and let it fly. They made 15 of 31 3-pointers, the most under coach Kyle Smith, who embraces analytics and the need to shoot more 3-balls. Washington State has struggled with 3-point shooting this season — hence its failure to make the NCAA Tournament, which is virtually assured if it loses the Pac-12 Tournament — but on Sunday, it flourished.

The Trojans won in part because, after Washington State hit 15 of its first 27 triples, the Cougars missed their final four tries. USC became more attentive on defense at long last, but for most of the night, the Trojans — seeing that WSU relied on the long ball and couldn’t hit the side of a barn on 2-point shots — still weren’t able to run the Cougars off the line.

This will be the No. 1 concern in March for a team built primarily on its defense.

If you recall, the 2021 NCAA Tournament went so well for the Pac-12 — three teams in the Elite Eight, one team in the Final Four, a 9-1 record in the first two rounds, 12-2 in the first three rounds — because of 3-point defense.

Pac-12 journalist Jon Wilner wrote about this at the time:

Whether it’s airtight defense by the Pac-12, missed opportunities by opponents or, most likely, a combination of the two, the shooting behind the line has been awful:

Pac-12 opponents couldn’t hit 3-pointers. USC and other Pac-12 teams made their way to the Elite Eight.

When the 2022 NCAA Tournament begins, USC needs that one reality — the opponent’s 3-point percentage — to be in a good place. At minimum, USC needs that number to be under 33 percent if not 30 or 28.

Turnovers (USC committing 11 or fewer in a game) represent the only other statistic with comparable importance in March.

Washington State didn’t win, but it reminded USC what will truly matter in March. Now the Trojans need to apply the lesson when it matters most.