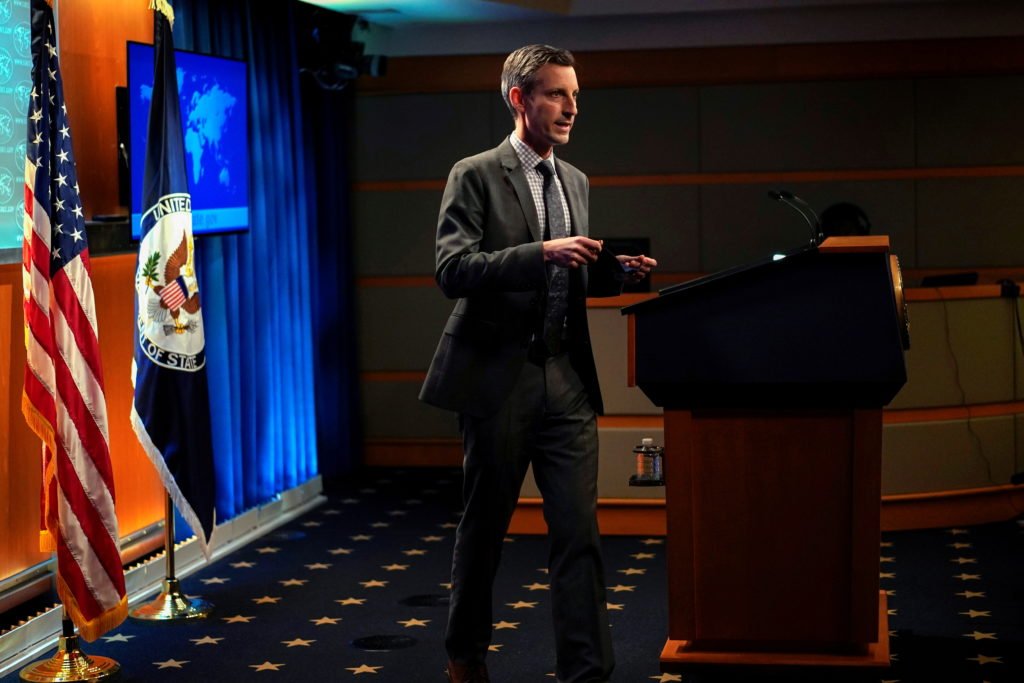 State Department spokesman Ned Price and Deputy Secretary of State Victoria Nuland are expected to give a briefing on Tuesday.

See the player briefing above.

The United States and Russia clashed Monday over Ukraine and other security issues with no sign of progress on either side in long-awaited strategic talks.

“These were preliminary discussions, and the idea was for the United States and hopefully the Russian Federation to come up with viable, practical, reciprocal ideas to present for discussion and see if there is potential for progress,” he said. Price.

“We did not plan that this would be a forum where certain decisions would be made, where any breakthroughs could be achieved, or indeed even envisaged.”

The low expectations of both Washington and Moscow for a high-stakes meeting in Geneva appear to have materialized as high-level diplomats from the two countries have emerged with no hint of success.

None of them characterized the meeting as a complete failure, but neither proposed any relaxation of the increasingly worrisome standoff over a Russian military build-up on the border with Ukraine, which the West views as a fundamental threat to European security.

There were no signs of movement on other, possibly less explosive, issues that irritate US-Russia relations.

Moscow insists on guarantees to stop NATO’s eastward expansion and even curtail the deployment of a military alliance in Eastern Europe, while Washington firmly rejects these demands as hopeless.

Russian President Vladimir Putin has called NATO’s expansion into Ukraine and other former Soviet republics a “red line” for Moscow, demanding mandatory guarantees from the West that they will not become members of the alliance.

Moscow has sought a series of concessions from the United States and its Western allies and has deployed some 100,000 troops near Ukraine, raising fears of possible military intervention in that country.

The meeting was part of the Strategic Security Dialogue talks on arms control and other broader issues launched by Putin and US President Joe Biden at the June summit in the Swiss city. Talks between Russia and NATO are scheduled for Wednesday in Brussels, followed by a meeting of the Organization for Security and Cooperation in Europe in Vienna on Thursday.

The US plays down hopes of significant progress and claims that some of Russia’s demands – such as a possible halt to NATO expansion – run counter to countries’ sovereign rights to create their own security mechanisms and are not negotiable.

But US officials have expressed their readiness for other ideas, such as ending possible future deployment of offensive missiles in Ukraine and limiting US and NATO military exercises in Eastern Europe if Russia is prepared to back down on Ukraine.

Price also spoke about Kazakhstan, where some 8,000 people were detained by police during protests that escalated into violence last week and marked the worst unrest the former Soviet country has faced since independence 30 years ago.

Low probability that China will try to seize Taiwan in the short term: the best US general