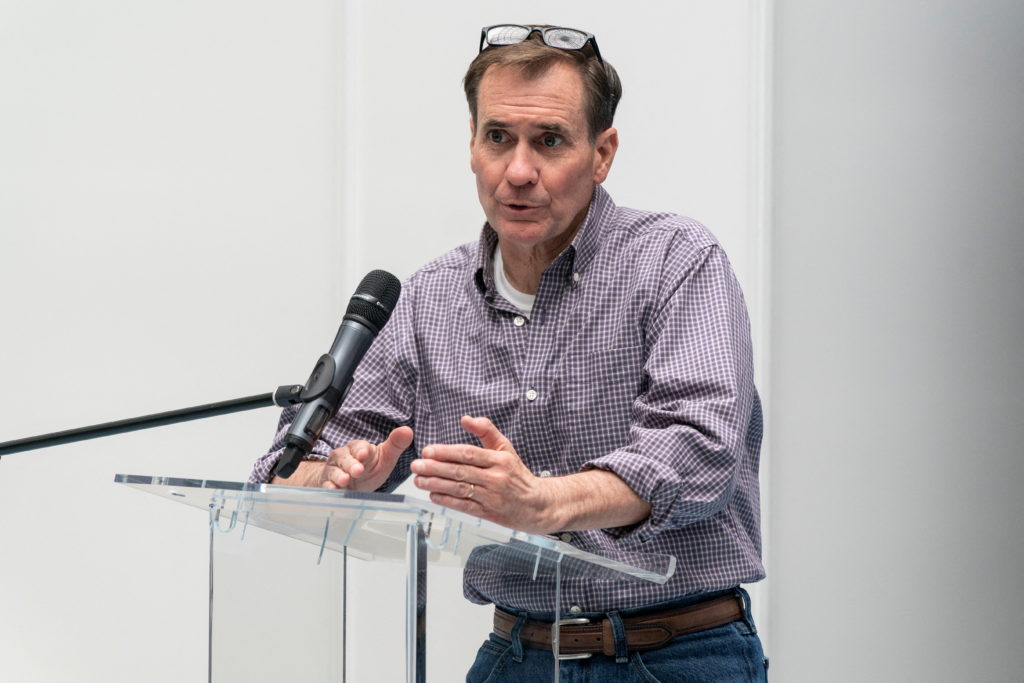 The event is scheduled to begin at 1:45 pm ET. Watch in the player above.

Previewing Biden’s upcoming trip to Japan and South Korea, Sullivan told reporters, “we are preparing for all contingencies, including the possibility that such a provocation would occur while we’re in Korea or in Japan.”

Sullivan said he had spoken to his Chinese counterpart on the issue.

“We are prepared, obviously, to make both short and longer term adjustments to our military posture as necessary to ensure that we are providing both defense and deterrence to our allies in the region and that we’re responding to any North Korean provocation,” he said.

North Korea in recent months has test-launched a spat of missiles in what experts call an attempt to modernize its weapons and pressure its rivals to accept the country as a nuclear state and relax their sanctions. The latest tests—the firing of three short-range ballistic missiles toward the sea—came on the same day last week that Pyongyang acknowledged its first COVID case.

Sullivan tells reporters that the president’s Asia trip comes at a “pivotal moment,” in global affairs.

“We think this trip is going to put on full display President Biden’s Indo-Pacific strategy and then it will show in living color, the United States can at once lead the free world in responding to Russia’s war in Ukraine, and that at the same time chart a course for effective, principled American leadership and engagement in a region that will define much of the future of the 21st century,” Sullivan said.

Biden departs for a visit to South Korea and Japan on Thursday, aiming to build rapport with the two nations’ leaders. He’s scheduled to meet newly-elected South Korean President Yoon Suk-yeol and Japanese Prime Minister Fumio Kishida. The president, while in Japan, will also meet with fellow leaders of the Indo-Pacific strategic alliance known as the Quad—a group that also includes Australia, India and Japan.