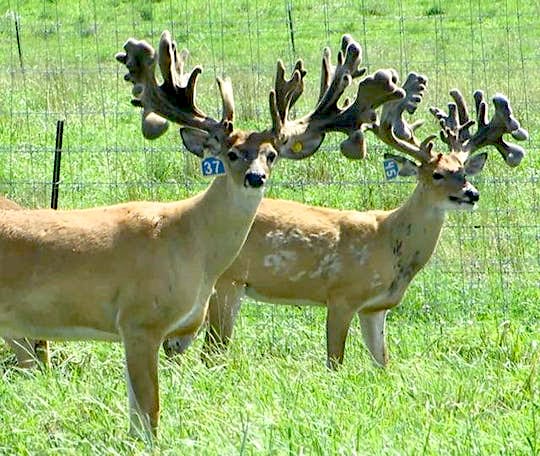 Two white-tailed deer have tested positive for chronic wasting disease at a Waukesha County deer farm, according to the Wisconsin Department of Agriculture, Trade and Consumer Protection.

The facility, Red Wing Deer Farm in Waukesha, has 11 whitetails and five elk on its 9-acre property.

Both of the CWD-positive animals were 3-year-old bucks. The deer were first reported CWD-positive Dec. 3 but a follow-up confirmation was reported Feb. 10 by DATCP.

The farm had been under quarantine since November 2021 after deer moved from its herd tested positive at a ranch in Eau Claire County.

Red Wing Deer Farm will remain under quarantine while DATCP and the US Department of Agriculture veterinarians and staff conduct an epidemiological investigation, according to state officials.

The finding at the Waukesha facility continues an increasing trend of CWD findings at deer farms in Wisconsin.

Regulations, enforcement and technology are failing to prevent the spread of CWD in the deer farming industry. That poses a concern among deer farmers, who face quarantines and loss of business, as well as many wildlife advocates.

The disease has not been found to cause illness in livestock or humans. Health officials do not recommend humans consume meat from a CWD-positive animal.

Since being found in Colorado in the 1960s, CWD has been documented in 29 states and several foreign countries. The disease was detected in Wisconsin in wild and captive deer in 2002.

Wisconsin has 301 registered deer farms and 37 are CWD-positive, according to state data. Twenty, or 54%, have been found to be CWD-positive in the last three years. Nineteen of the 37 have been depopulated and indemnity paid to the owners.

But none have been depopulated in the last year and there has been no determination to do so on any of the current CWD-positive farms, said Kevin Hoffman, DATCP public information officer.

The CWD-positive facilities include several with hundreds of animals, including Maple Hill Farms in Taylor County (about 300 deer on 22 acres) and Wilderness Preserve in Portage County (about 370 deer on 200 acres).

Laurie Seale, owner of Maple Hill Farms, said the CWD finding at her facility was a “death sentence” for her business.

While under quarantine, she can generate very little revenue from her herd yet costs for feed and animal care continue. Last fall, for example, DATCP even denied her request to sell bucks from her farm to a CWD-positive shooting preserve in the state, she said.

At this point there is no depopulation and indemnity payment in sight for her business or any other CWD-positive deer farm in Wisconsin.

Spring will bring more fawn births and the CWD-positive captive herds around the state will continue to grow.

“Right now, the rules don’t seem to be working for anybody,” Seale said. “We need to get state leaders and officials to look at this and figure something out.”