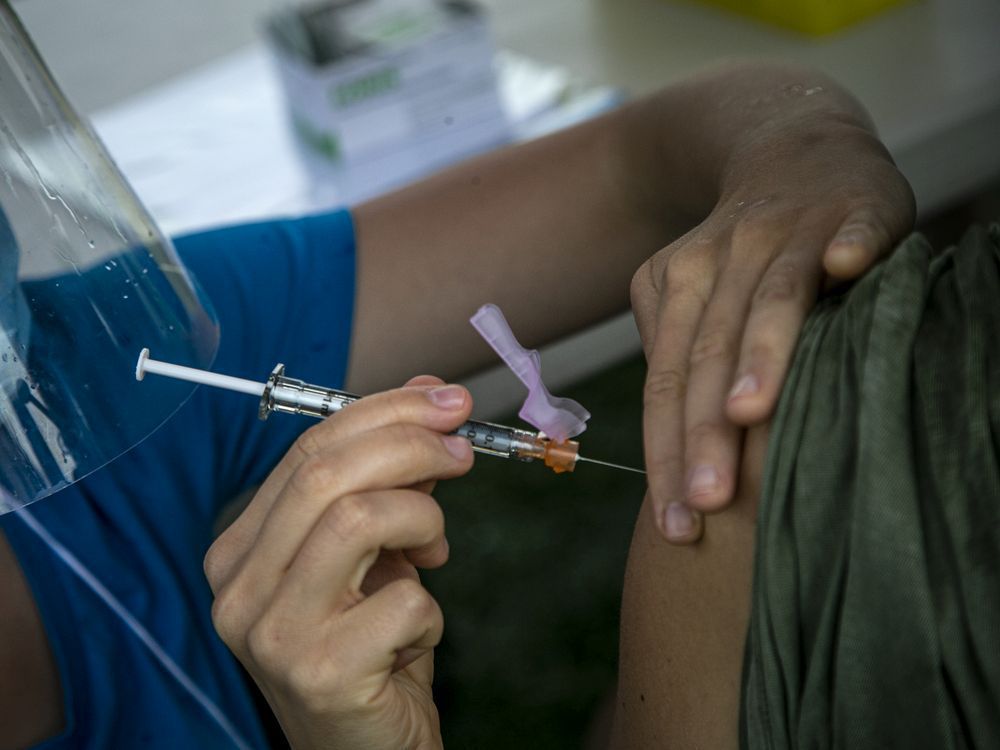 The deadliest stretch of the pandemic in Sarnia-Lambton got worse on Tuesday.

Bluewater health officials reported three more deaths attributed to COVID-19 at the hospital. Communications chief Julia Osterman confirmed a man in his 50s, a man in his 70s and a woman in her 90s were the latest field victims of the virus.

As of 20 December, a total of 64 patients had died of the disease at the local hospital. By Tuesday, this figure has increased to 78.

The overall local death toll was still 89 – up from 78 almost three weeks ago – but would rise on Wednesday if the trio of patients were residents of Sarnia-Lambton.

Osterman said his vaccination status was not available due to privacy concerns.

“No one is from long-term care,” she said.

Lambton Public Health reported that eleven local long-term care facilities and one retirement home were dealing with the outbreak on Tuesday.

“It’s a sign that vaccination is keeping the worst of the disease at bay,” Osterman said. “In the first wave … this outbreak would mean that all of these people were in hospital, or a vast majority, and until now we haven’t seen that.”

But, she said, it is possible that some of those residents will start testing at the hospital.

“And of course we’re going to be ready and able to help them,” she said.

A total of 34 COVID positive patients were being treated at the hospital – down from a record-high 41 on Monday – with 19 uninfected. Many of them were “very” sick and in the intensive care unit.

“Really the sickest of the sick,” Osterman said. “We’re seeing a level of acuity that we don’t typically see in the ICU.”

Rollout for essential workers is shot in the arm

Various local health organizations, including Bluewater Health, are working together to speed up a booster-shot rollout for essential workers, the health unit announced Tuesday.

The clinics will be offered to qualifying staff at Royal Canadian Legion Branch 62 in Sarnia on an almost daily basis from Tuesday to January 20. Target groups include teachers and education workers, hospital and long-term care workers, paramedics, police. , firefighters, and essential municipal workers.

But they are only available through appointments, the health unit warned, and qualified employees will be notified through their employers.

It is a joint effort involving the Sarnia-Lambton Ontario Health Team, the North Lambton Community Health Center and Lambton Paramedics. Lambton’s medical officer for health, Dr. Sudit Ranade, said in a statement that he was “delighted” to be working with the local health team.

“With hundreds of new appointments, these new clinics will also free up much-needed space in our regular COVID-19 vaccine clinics, allowing us to accelerate booster doses for all,” he said.

Steve Pansino, the top executive of the Sarnia-Lambton Ontario health team, said the extra layer of protection for essential workers is important.

“Local health care partners have come together to ensure that essential workers and education workers get their COVID-19 boosters in (and) the classroom before they go back to work,” he said.

Meanwhile, the health unit and other agencies already said they are aiming to double the capacity to speed up the rollout of the third dose, with a goal of distributing about 11,000 per week throughout January.

Various health organizations have given a combined 34,563 booster shots to deliver 233,600 doses to Sarnia-Lambton residents as of Tuesday.

Another 104 local COVID-19 cases were confirmed by the health unit on Tuesday, though officials cautioned that the actual number of cases is likely to be three to four times higher.

The Plant-Driven Future: 8 Trends in Vegetarian Meat, Egg and Dairy to Watch in 2022

Barrelled Ray Fosse in the ’70 All-Star Game by Rose 74. died on