“We are not going to expel anyone”: AMLO after the departure of Ambassador Pablo Monroe to Peru López Obrador called the expulsion of Pablo Monro “arbitrary” but clarified that ties with the country would not be severed.

President Andrés Manuel López Obrador assured that Mexico would not react in the same way as the Peruvian government, following the expulsion of Ambassador Pablo Monro from the Andean country.

“We’re going to measure but quite the opposite, we’re not going to fire anyoneWe haven’t done it and it won’t be done,” the president said this morning.

Dina Boluarte’s government announced this on Tuesday persona non grata to the Mexican ambassador and gave him 72 hours to leave the country in response to mediation actions taken by Mexico’s “higher authorities”.

“There are statements from the Mexican President particularly serious “The circumstances in which the country is faced with a situation of violence are incompatible with the exercise of the legitimate right of every individual to peaceful demonstration,” the ministry said in a statement.

López Obrador on Wednesday described the measure as “arbitrary” but clarified that ties with the country would not be severed as Mexican citizens living in the region should still participate.

“The Ministry of External Affairs has decided not to break ties among other things because We need to maintain our embassy to give security Mexicans who live, who work, who live in Peru, then the embassy continues its work, anda manager is appointed from the embassy and we still have pending events in Peru,” he said.

Even with the expulsion of the Mexican ambassador, López Obrador criticized the Peruvian government for repression and for anti-democratic methods to resolve the instability present in the country and pointed to the elite responsible for the conflict.

“We know very well what the people of Peru are, who are a sister nation, and to distinguish between the attitude of the so-called political class of power groups Peruvian economic and political who’s who He has maintained that crisis in the country because of his personal ambitionsfor their economic interests,” he alleged.

Following Pablo Monroe’s departure, the president also criticized the fact that Peruvian officials had not acted in the same way with United States Ambassador Lisa Caena, who visited Dina Boluarte at the Government Palace following her appointment. Time used to intervene directly. 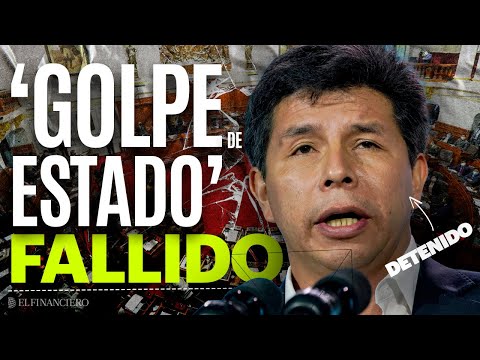