We are surrounded by chemicals that contribute to the development of uterine fibroids. 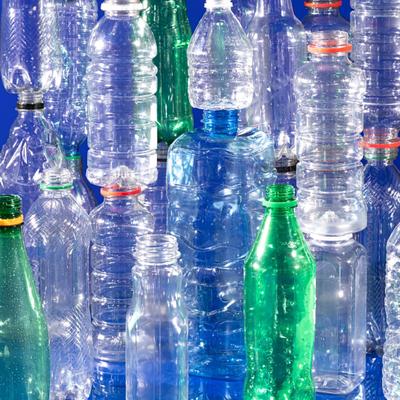 Common chemicals found in hundreds of household products, called phthalates, have been linked to uterine fibroids, noncancerous tumors the size of a seed or a football that grow in or around the uterus. These fibroids affect millions of women and can cause pelvic and back pain, heavy menstrual bleeding, pain during intercourse, or fertility problems.

Phthalates are known to interfere with hormones and have been the subject of health research for over a decade. Several studies have identified an increased risk of fibroids in women exposed to these chemicals. In a 2017 analysis of five studies, researchers in China found an increased risk of fibroids in women with increased levels of a phthalate called DEHP (a chemical commonly added to plastics to make plastics flexible) in their urine. In an early 2019 study, environmental health scientist Ami Zota at the Columbia University Mailman School of Public Health and her colleagues found that high levels of urinary phthalates, in particular, DEHP byproducts, were associated with larger fibroids and a Enlarged uterus among black women in the United States who undergo surgery for fibroids.

It is estimated that one in five women will be diagnosed with fibroids at some point in their lives, with the most common being between the ages of 30 and 50. Although it is the most commonly occurring gynecological tumour, it is benign in 99% of cases. There are currently no drugs that can permanently reduce the size of tumors. These tumors may shrink on their own, especially after menopause, and many women may not need treatment until symptoms become difficult to manage.

Some medications can relieve symptoms, but when medications are ineffective or fibroids make pregnancy difficult, surgery is the only option. Patients can opt for treatments such as myomectomy to surgically remove fibroids, which can be minimally invasive and preserve the uterus, but in some situations hysterectomy is necessary to remove the uterus.

Although uterine fibroids are very common, Zota says they are not well understood.

Scientists don’t know what causes them, although they have been linked to genetic mutations, hormonal imbalances and risk factors such as age, race, obesity and synthetic chemicals. But a recent study found that exposing fibroid cells to a metabolic byproduct, DEHP, boosted the growth of these cells in the laboratory and delayed their death. “We’re not saying that phthalates start tumors,” says Serdar Bulun, a gynecologist at Northwestern University Feinberg School of Medicine who led the research. “However, phthalates help these tumors grow to a larger size.” His team identified a molecular pathway that supports the survival and growth of these tumor cells, providing strong mechanistic evidence linking phthalate exposure to fibroids.

According to Tracy Woodruff, a scientist at the University of California, San Francisco, who studies the effects of environmental pollutants on reproductive health and who was not involved in Bullun’s research, this study confirms the link between these ubiquitous chemicals and very few diseases. does.

But Zota says phthalates are poorly regulated and nearly impossible to avoid.

(Connected: COVID-19 and menstruation: how does it affect and why?,

How do Phthalates enter our body?

Phthalates, referred to as “chemicals everywhere,” are a family of man-made chemical compounds that are often used as plasticizers to make polyvinyl chloride or PVC (one of the most widely used plastics) soft, flexible, and durable. Used as.) and synthetic rubber. , They are present in many household items, from food packaging and processing equipment to shower curtains, building materials and car interiors. Phthalates are also used as solvents in cosmetics and other personal care products, and to coat or encapsulate some pharmaceutical pills and dietary supplements.

The chemicals can leach from these products and into food, air and water, meaning people can swallow, inhale, or absorb these phthalate particles through direct skin contact. The body then metabolizes these chemicals, producing byproducts that various studies have detected in human urine, breast milk, and blood.

Although the US Environmental Protection Agency often uses animal studies to determine safe exposure levels for humans, research shows that some phthalates can cause adverse human health effects even at levels below defined limits. For example, exposure to low levels of phthalates such as DEHP, DBP, BBP, and DIBP during pregnancy has been linked to neurological problems including delayed cognitive development and memory loss in children. These chemicals have also been linked to genital abnormalities in baby boys.

(Connected: Is it possible to cure hot flashes?,

In various laboratory experiments, the scientific community has found that exposure to DEHP causes uterine fibroid cells to live longer and grow in greater numbers in petri dishes.

It is also known that many fibroid cells carry mutations in a gene called MED12, which can trigger tumor formation. The mutation can occur in a single stem cell, says Bulun. The cells then continue to divide and form an entire tumor. DEHP can accelerate this process.

In a November 2022 study, Bulun and colleagues demonstrated the molecular mechanism of how mono-(2-ethyl-5-hydroxyhexyl) phthalate, an important byproduct of DEHP, affects tumor cells. Scientists often study these phthalate byproducts because the body rapidly breaks down the original compound to which a person may be exposed, resulting in a family of metabolites that are excreted in the urine. The team found that the chemical helps tumor cells take up an amino acid called tryptophan which is converted into a compound called kynurenine that activates a receptor protein called AHR (aryl hydrocarbon receptor) known to initiate cancer . This activated receptor promotes the growth of fibroid cells, leading to larger tumors.

“We think that if we can target and prevent the conversion of tryptophan to kynurenine, we may be able to prevent or block the activation of the AHR,” says Bulun, which can either stabilize the tumor or can reduce their size.

(Connected: Woman with cancer has first child born from egg matured and frozen in vitro,

Living with symptomatic uterine fibroids can be physically painful, yet the emotional toll of having a hysterectomy is heartbreaking for women who want to become pregnant, says Soudia Davis, 46, who lives in Chicago.

In August 2021, her fibroids had grown rapidly. His stomach was bloating. “I went from looking four months pregnant to looking seven,” says Davis. But the tumor caused excruciating pain in her left buttock and she felt slight incontinence with every sneeze or cough. Davis underwent a hysterectomy that same year. “I had to come to terms with not being able to have my own child,” she says. “My fibroids were so large and embedded in the uterus that they had to be removed.”

Neither Davis nor her doctors know why she developed these tumors in the first place or what triggered their sudden growth. Research shows that, compared with white women, black women like Davis are two to three times more likely to have uterine fibroids, and their tumors tend to be larger and more frequent, leading to more severe symptoms and higher rates of hysterectomy. . It is not clear why they are at greater risk.

She wonders if it was the straightener she used to straighten her curly hair from a very young age until she was 42. These products may contain phthalates and their use may be related to uterine fibroids.

(Connected: Sperm counts around the world are declining faster than we thought,

But establishing causation isn’t easy, says Kyungho Choi, an environmental health scientist at Seoul National University in South Korea. The time it takes for phthalates to break down in our bodies is hours, he says, and levels can fluctuate by a few orders of magnitude each day. It’s also important to know the level of risk when the disease begins, Choi says, but that’s almost impossible to determine in the real world.

Although we can’t change our age, our gender or our genetics, “we can reduce the amount of chemicals we use,” he says. “Your contribution may be small, but we can still control it.”