We have a massive problem with data centers. our solution is to take it to space 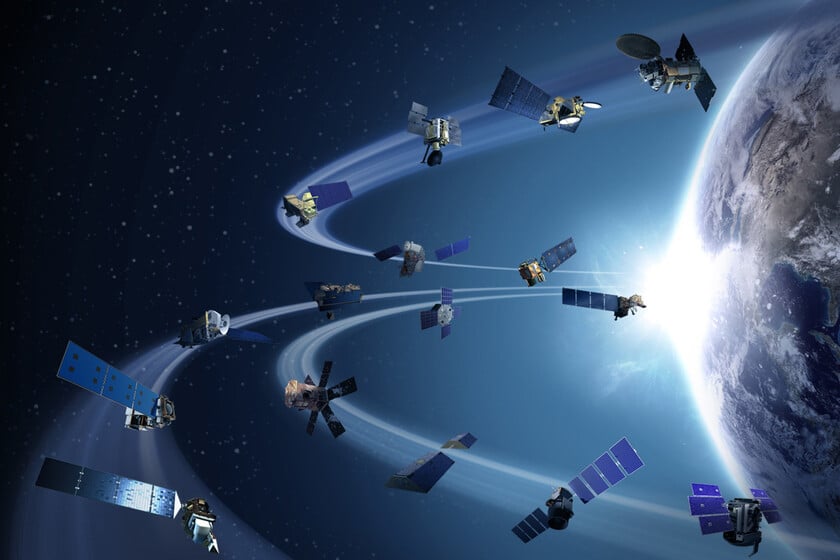 The digital world also has a physical cost. Data centers, for example, serve functions essential to modern society. They are responsible for storing and maintaining the services and data that we access over the Internet and from any device. Important, yes. but physically large, huge consumers of energy and pollutants. That is why, recently, companies are forced to study not only where to keep them, but also ways to feed them efficiently and reduce their emissions.

In recent years, we have started setting up data centers in deserts or in the middle of the ocean. Deserts provide a lot of solar energy and present few natural disasters. The ocean, for its part, helps keep data centers cool (and it saves energy when it’s cool). We’ve seen this with the Microsoft Natick project. But still, they keep on consuming and polluting excessively.

Then what is the solution? The EU believes that humans can go further and use some newer and more drastic methods: send data centers to space,

The European Commission is set to move entire data centers to space as a way of meeting net zero carbon emissions targets and combating rising electricity prices, which add to the expense of running data centers on the ground. , And over the years, he’s teamed up with Thales Alenia Space to test his idea through a study called ASCEND (Advanced Space Cloud for European Net Zero Emissions and Data Sovereignty).

The project basically aims to investigate whether moving our data into space, i.e. setting up centers and servers in orbit, can be of environmental benefit, because the energy to power them would come directly from the sun,

But before talking about how to do it, we should discuss why to do it. We have already told about pollution, but we have not transferred it into figures. According to the Higher School of Technology of the University of Quebec (Canada), the exponential growth in computing generates 4% of the greenhouse gases produced by human activity, which is more than the global aerospace industry. a significant carbon footprint.


Not only that, the energy costs involved are very high: these infrastructures consume between 2% to 3% Worldwide now and growing twice every year. They will reach 10% of the global total. And it is clear that we cannot produce so much carbon-free energy because of the tremendous demands to which electric cars or hydrogen production would be added.

and how? Being out of the atmosphere the emissions associated with its operation will no longer affect our planet. It would be impossible to reduce this value to zero because most of the components would still have to be made on Earth. But as companies become more efficient, their hardware Generation after generation, the energy (and environmental) footprint has become enormous due to the increasing performance requirements. Something that ASCEND wants to change.

The idea of ​​the project would then be to build data centers that could be powered entirely by solar panels. They can provide power in the “hundreds of megawatts” range. Thus, these facilities in orbit will be connected to the Earth. optical link, which will facilitate the transmission of information. According to Thales Alenia Space, Europe has already mastered the underlying technologies that could make this possible.

Also, it would save a lot of energy in cooling as the space temperature is very low. It should be remembered that a significant portion of a data center’s energy usage goes to cooling equipment (in some cases up to 50% of consumption).

According to this report by EL PAÍS, the Spanish Nuclear Society estimates that between 4,000 and 5,000 million euros are needed for these facilities and it is believed that they could be built “No Astronauts, Fully Automatic”, In fact, the facility will assemble itself with robots and a modular hub design with electronic packages easily carried on a reusable, combinable shuttle.

Still, manufacturing and deployment to carry data center payloads will add to the carbon footprint. That’s why instead of taking them in a rocket, the idea of shoot in space, Slingshot, a private company chosen by NASA to test its launch system, takes heavy fossil fuel rockets out of the equation and launches cargo into space with a giant rotating arm powered by electric motors.

And finally there is a mission whether the center will be able to function normally after going into space or not. Everything that leaves our atmosphere is subjected to enormous pressures that can wreak havoc. And even if they do work, there are other challenges like maintenance, rapid rates of obsolescence, and the ability to hack feature, And yes, we already have a lot of “space junk” in Earth orbit to deal with. Therefore, there is still a lot to study and test. And the EU doesn’t want to wait a second longer.