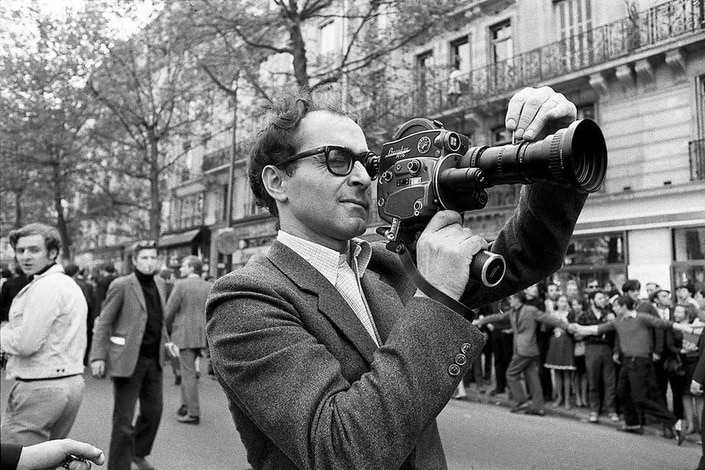 As we know, Jean-Luc Godard has stuffed his filmography with cars and Serge Bellu reminded him last night. But the Franco-Swiss troublemaker who disappeared on Tuesday did not only use the car as a decorative element, or to move around. In his films, he has made it a marker of society, from its carelessness to its disorder. And a single feature film alone symbolizes this funny and curious relationship he had with the car. This film is Weekend, and it dates from 1967.

At that time, the director had just chained some nice successes, such as Breathless and Pierrot le Fou with Jean-Paul Belmondo, or even Contempt with Brigitte Bardot and Michel Piccoli. But 67 is the year of his switch to a more underground and more political. The recklessness of his lunar and teenage characters, who use cars as a tool for freedom, is over.

JLG has changed, but before flying off to the 70s, a period during which he will go so far as to refuse to sign the films he directs, he wants to settle his account with a company that has spoiled him. To achieve this, he will use, in Week-endwhich for him best symbolizes the civilization of leisure, virility, violence and consumption: the automobile.

It must be said that in this year 1967, 13,500 people died on French roads and these deaths, Godard wants to show them to us. By way of comparison, 3,200 people were killed on the road last year. Especially since there are 40 million cars in circulation in France today, whereas in 1967 there were barely 13 million.

The script for this feature film? It is obviously not easy to summarize, less simple than Camping de Fabien Onteniente in any case. It is about a couple, in this case, the one played by Jean Yanne and Mireille Darc. They decide to leave for the weekend aboard their Facel Vega Facellia. She is frivolous and he is proud of his wife, and his car.

But the road on Friday evening is a hell strewn with traffic jams and accidents. In a now famous scene, Godard sets up what will remain as one of the longest tracking shots in the history of cinema: 300 m of rails which extend over a small road in the Yvelines. Its chief operator Raoul Coutard takes it up to film dozens of cars, broken down or dented, whose drivers and passengers yell at each other, bicker or smile at each other, or children play without even worrying about the accident that has created this traffic jam, and the injuries it caused.

But the chaos continues. In a village they are passing through, the two “heroes” come face to face with another accident, between a car and a tractor. The driver of the car is dead. Further on, the Facel catches fire. No big deal, the couple steals another car and continues on its way, from accidents to disasters. The woman is raped by a tramp, under the indifferent gaze of her husband. Suddenly, Saint Just (Jean-Pierre Léaud) comes out of his grave and delivers a revolutionary speech across fields. Emily Bronté is also there. Around her, wrecked cars turn into sheep.

When the couple arrives at their in-laws, from whom they intend to inherit, it is only to find that the stepfather is dead. They therefore assassinate the mother-in-law with a knife to accelerate the succession, by simulating her death in yet another car accident. But they get caught, but it’s the FLSO (Seine and Oise Liberation Front) that stops them. They put Jean Yanne to death while Mireille Darc rallies to their cause. They will seal their new friendship in front of a feast made with the leftovers of the husband, carefully roasted.

Week-end is therefore a totally crazy film, and Godard tends to throw out the automobile baby with the bathwater of a violent and consumerist selfish society. But if the parallel is easy, it is not always devoid of interest, so much the car has shaped the twentieth century with its good and bad sides. And in his own way, the filmmaker signaled the end of recess. A few years later, speed limits came into force and Godard went elsewhere, to even more obscure, more political films too.

He also, with Week-end, let fly once again this spirit of total freedom. A freedom that was definitively extinguished, in Rolle in Switzerland, Tuesday afternoon. But the old genius of the Alpine pastures has nevertheless developed his last pirouette by demanding that, as an epitaph on his tomb, under his name, be inscribed “on the contrary”. Du Godard in the text.