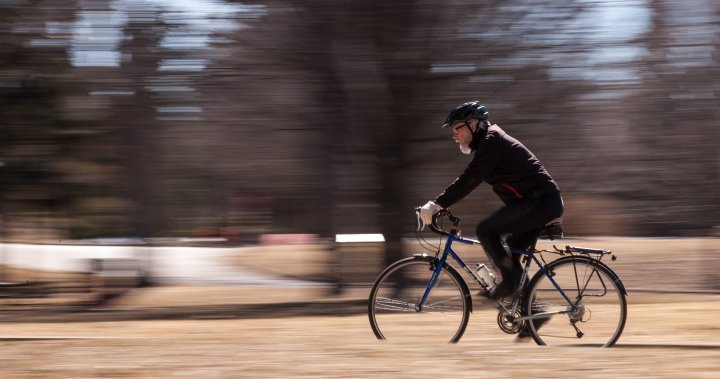 An international study involving researchers from Western University shows that adults who engaged in high to moderate levels of physical activity had “significantly better” outcomes when it came to contracting COVID-19.

The study, published this month in the British Journal of Sports Medicinelooked at physical activity data involving more than 65,000 adult patients from South Africa who had COVID-19 between March 2020 and June 2021.

Researchers found that patients with moderate to high levels of physical activity — 60 to 149 minutes per week, and 150-plus minutes per week, respectively — were associated with lower rates of hospitalization, ICU admission, ventilation, and death compared to those with low activity levels, defined as zero to 59 minutes per week.

The 65,361 patients involved in the study were all from South Africa and accounted for demographics and comorbidities, the study says. All were unvaccinated for data control purposes. The median age of participants was 41. Roughly 52 per cent were men.

“While older age, male sex, having a diagnosis of hypertension or type 2 diabetes increases the likelihood of poor COVID-19 outcomes, exercising at high levels may have an even more significant effect than in healthy individuals,” the study concludes.

In a statement, Schulich’s Dr. Saverio Stranges, one of three London researchers involved in the study, said the findings reiterate the importance of leading a healthy to mitigate the health impacts of the COVID-19 pandemic.

“Regular physical activity, even of low to moderate intensity, may reduce the risk of morbidity and mortality from COVID-19 infection, even among people with chronic medical conditions which may typically worsen the prognosis,” said Stranges, chair of epidemiology and biostatistics at Schulich.

In a separate statement, Dr. Jane Thornton, also of Schulich and also involved in the study, said the findings show protection with activity levels lower than the 150 minutes per week generally recommended for adults.

“The data reinforce the need to make access to physical activity easier during pandemics, as part of government policy in fact, and promote its beneficial effects in health care more broadly,” said Thornton, assistant professor of family medicine and epidemiology and biostatistics at Schulich .

The study notes some of its limitations, including that all participants are members of a medical insurance plan, which may result in selection bias based on affordability and socioeconomic status, “that facilitates more leisure-time physical activity, so the findings may not be entirely generalizable to a broader population.”

“The cohort also lacks data on sociodemographic criteria such as education, income, marital status and race as well as potentially influential behavioral risk factors such as smoking and diet,” the study adds.

The researchers conclude that, as a means of improving patient outcomes and reducing the impact of the COVID-19 pandemic on health care systems, “regular physical activity in both healthy individuals and those with chronic medical conditions should be encouraged at all times and facilitated, not restricted, during a pandemic.”

“In the context of a persistent pandemic and the emergence of new variants globally, evidence of a protective effect against more severe outcomes in communicable disease such as COVID-19 should lead to enhanced efforts at promoting physical activity at recommended levels as an adjunct to vaccination and other preventive measures, especially for those at high risk,” the researchers said.

Omicron symptoms: what we know about the disease caused by the new variant