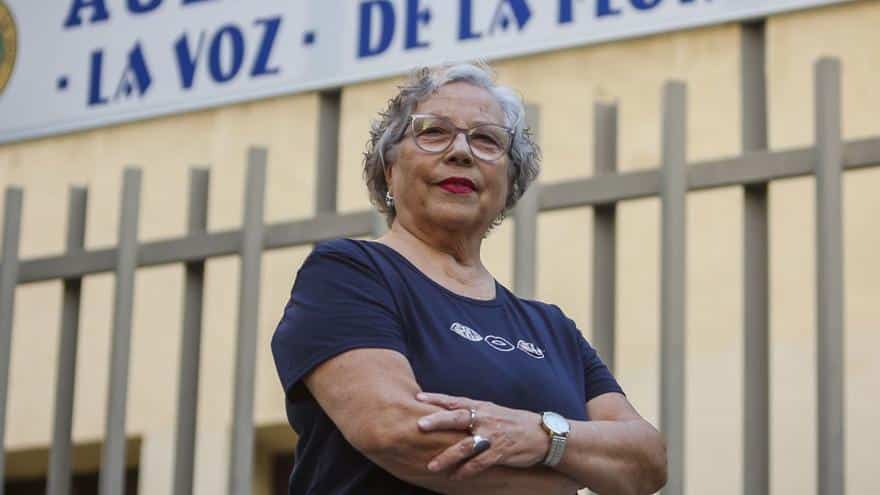 Florida is one neighborhood that hasn’t stopped growing and developing. Located in the west of Alicante city, this district was designed in 1918 by the municipal architect Francisco Fajardo Guardiola, who named its streets after constellations and stars, and where he built many buildings. Within its boundaries were elements of great importance, such as the Hercules CF stadium, which was called “La Viña” by its owner Casimiro de la Viña (founder of the Alicante Swimming Club), where the current Florida-La Viña Square would later be built. .. “The area has changed a lot, there are people who are very committed to the neighborhood,” said Lola Ten, president of the Florida Neighborhood Association. Lola Ten, who has been in charge for almost five years and was one of the founders of the association, tells us how the neighborhood has evolved and the challenges it currently faces.

For what purpose was the union formed?

The Florida Neighborhood Association was founded in 1977 and we hold meetings in Bettis-Florida. At that time there was a desire to do everything possible to improve the neighborhood. During these years, many people committed to promoting Florida neighborhoods have passed through the association, such as Teresa Mas, José María Hernández Mata and Felicidad Sánchez. After Teresa Mas, Felicidad Sánchez took over, and the recently deceased José María Hernández Mata was always with her. All three of them inspired the Florida neighborhood that many of us who live in it today enjoy. I think these three people deserve all our recognition. Felicidad and José María formed an incomparable tandem.

How has the neighborhood developed?

The field has changed a lot, there are people who are struggling a lot to achieve this change. Things are always going missing, the neighborhood has evolved at the same time it has also aged, hence the need for constant maintenance. We have achieved many improvements but they have been achieved late, for example, before we had no park, the José María Hernández Mata Park was built only a few years ago. Similarly, the neighborhood hasn’t stopped growing and the number of residents has also increased, but the southern area can’t develop anymore because of the train tracks, and we feel a bit isolated or forgotten. When we ask for something, it is very difficult for them to listen to us, for example now elders ask for many more banks.

One of the complaints we have at the moment is the cleanliness, we ask for more decency from the neighbors especially in Plaza de la Vina.

The main challenge we are constantly facing is to continue improving in all aspects as a neighbourhood. Right now, for example, on José María Hernández Mata Avenue there is still a section to be finished, we want it to be pedestrian enough for the Ocaña Highway, we are waiting for it to keep the same name. On the other hand, we need to fix many roads, especially some sidewalks and footpaths that are old and slippery, especially for the elderly. We also demand that the water sources are taken care of and maintained because many times they do not work, both the one in Magellan, the one in Bettis-Florida or the one that is located at the door of the tram garage. One of the projects we have requested recently is to improve the median on the Ocaña Highway, we want a green area that forms a city.

The truth is that the little more support we lose, the longer it takes us to wait for any requests made to the association to be fulfilled. Although we can also say that many things have been achieved that should definitely be highlighted, such as the health center that started on the ground floor in Florida Portzago and now we have managed to build an emergency area as well . I think it is one of the neighborhoods of Alicante where the best to live, it has two schools, an institute, a health center, a residence for the elderly, social center for residents and the elderly, a library, sports facilities and a municipal swimming pool, as well as supermarkets and everything needed for day-to-day living. It is the ideal place for families, young people or senior citizens.

How would you say the union helps residents?

On behalf of the association we try to help the neighbors as much as possible, we guide them and tell them how they can manage their problems or request them for both their business and personal processes Where to go for Apart from this, we also offer a range of courses, Gymnastics, Yoga, Pilates, Zumba, Painting and Theater Workshops. We leave the campus, the headquarters is a space to share it, we give it to the residents of the area for all kinds of activities. For example, the community of owners may also hold meetings at the headquarters.

Why should neighbors get involved?

The association offers many activities that may be of interest to all residents and it is essential to have support in order to be able to maintain the headquarters, share it and make it a place for all to enjoy. In these years of pandemic, the number of members has decreased a lot but we have reached 600 members, now 300 people are part of it.

Why live in Florida?

I’ve lived here for 40 years and the truth is I can say it’s one of the coolest areas of Alicante, you can live very well but one of the most important points is that the neighbors take care of you We do. We ask for more civility from the neighbors and a little more attention from the administration.