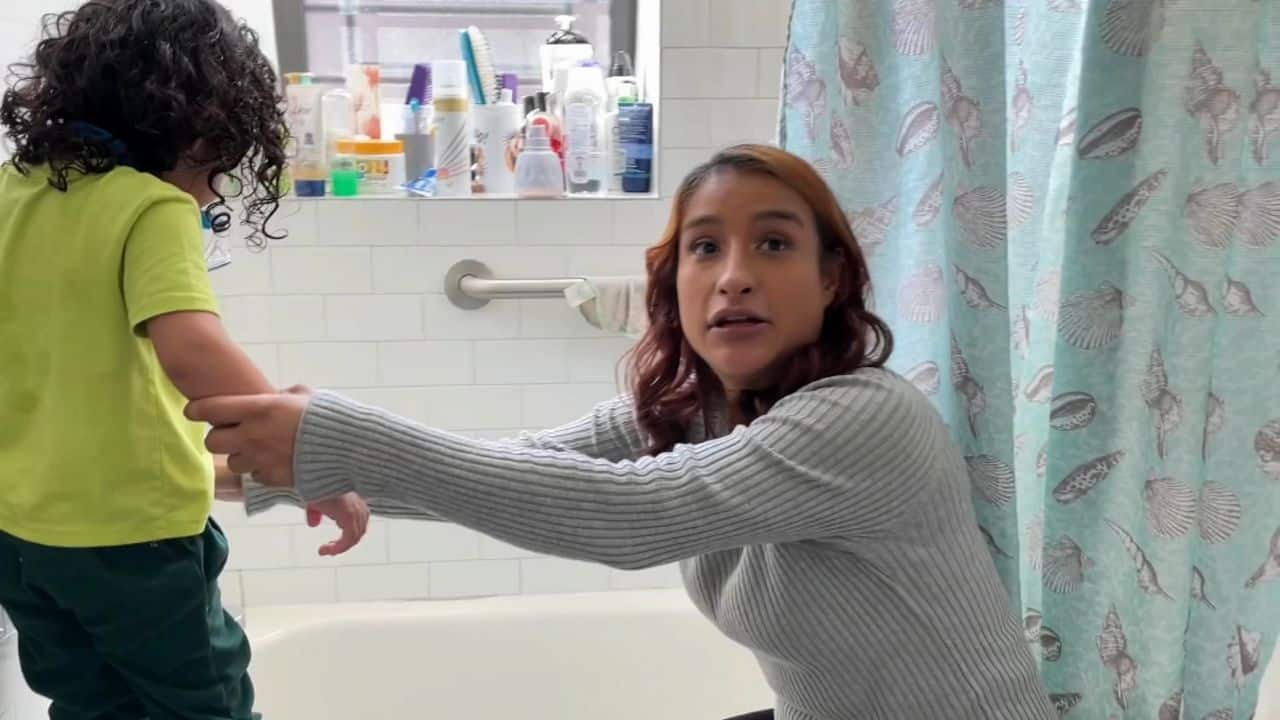 “Now if it is not to be cold, then one after the other.”

Like every year, the summer season or “summer season” in New York starts from the month of October till the end of May. During this period, building owners have a legal obligation to provide heating and hot water to tenants, but this is not the case for the Carrillo family, as they actually live in extremely chilling conditions.

“Now we have three weeks without water or heating, but before, in November, two or three weeks, not October, we didn’t have heating,” said Guadalupe Carrillo.

Carrillo had moved into this rent-controlled apartment in Harlem with her four children about a year ago, and the exhaustion of missing the basics and doing the impossible had left her depressed.

“I feel like I’m living a dream, like I don’t see it real. I can’t believe how a person can be so inhuman, knowing that I have children, knowing the condition, because I gave him the papers That we have asthma, my kids have asthma,” Carrillo said.

But that’s not all, the family was left without electricity as they didn’t have their own light meter, now resorting to their neighbor on the fifth floor with a series of extensions, leaving them in complete darkness.

“That was previously the kids’ room, where now we’re almost using it as ‘storage’ because it’s a hazard to the kids because the ‘extension cord’ is coming out the window and the wind is blowing,” Carrillo he said.

When NY1 Noticias reached out, Carrillo received a call from the Department of Housing Preservation and Development saying they are aware of her case but the building’s Concorde Management Company is not answering the phone. This is something that is not new to her, as she has a record of calls and texts regarding her complaints.

There are many complaints and violations of the Concorde management, as we were able to find out from the authorities, we saw it first hand when entering the building and we have had no luck even contacting them.

According to 311 Data, since October 1, New Yorkers have filed more than 50,000 complaints about the heat and hot water.

The indoor temperature should be above 62 degrees Fahrenheit between 10 p.m. and 6 a.m.

Hot water must be supplied 365 days a year at a consistent minimum temperature of 120 degrees Fahrenheit.

If you are a renter without heat or hot water, you should try to resolve the issue with your landlord, manager or custodian before filing a complaint with 311. If the situation is not resolved, you can even escalate the matter to the court.