We’ve Just Solved the Riddle That Confused One of the Greatest Geniuses: Da Vinci’s Paradox 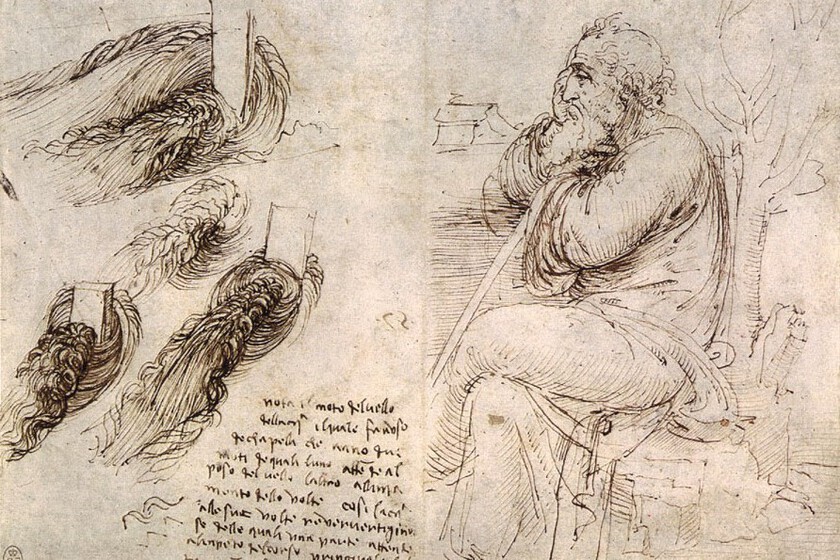 Perhaps one of the many facets of Leonardo da Vinci the painter is most famous for paintings such as La Gioconda or The Last Supper. But whether it was due to his perfectionist desire in this regard or out of simple curiosity, da Vinci also stood out as a scientist. His studies on human anatomy are meticulous, but There is one aspect of natural science that he failed to solve: Movement of bubbles.

He left a matter so interesting to the Florentine genius that the problem was named Leonardo’s paradox. A paradox that has just been resolved, but what exactly is it? The paradox is based on the movement of bubbles. Not bubbles like soap bubbles, but air bubbles trapped in water.

A bubble in this context is a volume of gas (air) trapped under a liquid (water) whose expansion is confined by the surface tension of the water. The bubbles rise because water is heavier than air. Da Vinci saw that the problem was that this motion was not always uniform or rectilinear but rather On some occasions the bubbles showed a strange tendency to zigzag,

Why and how the bubbles did this dance as soon as they rose had become a puzzle for the researchers. So far. The puzzle, announced recently by the University of Seville, has been solved by some researchers.

In a study published in the journal Proceedings of the National Academy of Scienceresearchers report the key to the movement of bubbles, The first, as da Vinci had already observed, is size: it is only after a certain size that the bubbles begin to diverge (in contrast to, for example, carbonated drinks, where the bubbles rise in a straight line).

But beyond 0.926 millimeters in diameter, the bubbles become unstable, according to the new study’s calculations. The movement appears from an interaction between the flow of the bubble and the deformation of the same. Therein lies the second key to the discovery: When the bubble is tilted, it deforms, creating an asymmetry that means different sides of it flow differently. That is, the hydrodynamics of the bubble change, causing it to change direction.

To reach their conclusions, the researchers started with the Navier-Stokes equations. A complex mathematical framework used to describe the motion of viscous fluids without taking friction into account. Due to its complexity, this is not the only problem these equations still have to solve.

and it’s okay One of the possible achievements of this research, In addition to predicting the motion of simple air bubbles in water, understanding the interactions between liquids (and gases) can help answer all kinds of questions, such as how pollutants spread in the ocean, how pollutants in the air How do I live? Perhaps this last doubt must have troubled Leonardo himself.