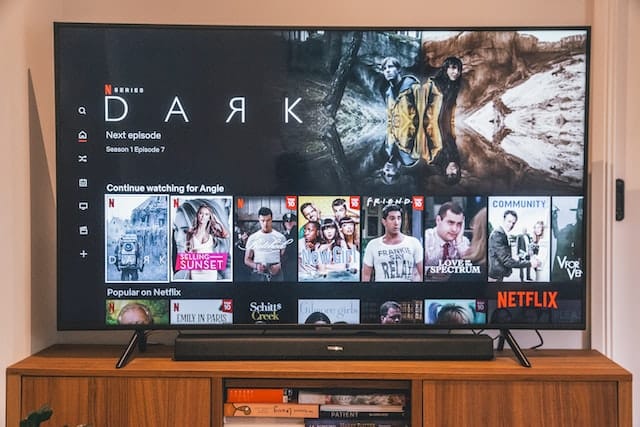 When it comes to streaming services, none comes close to Netflix. It has more viewership than all other streaming platforms, including Hulu, Amazon Prime, and HBO. It caters to different cinemas, from Hollywood to Bollywood and even European cinema. In fact, French cinema is quite popular on Netflix with great viewership.

There are a lot of French movies available on Netflix. In this article today, I’m going to highlight some of the best French Cinema films on Netflix. In case you haven’t seen them before, you must add them to your bucket list and check them out whenever you have a little time on your hands.

Released in September 2018, Lady J is a French period drama film that’s inspired by the novel Jacques the Fatalist by Denis Diderot. It revolves around the late 1700s and stars Cécile de France who has played an elegant and beautiful widow who took revenge on her ex-lover, who ditched her, by tricking him into marrying a prostitute, though things don’t go exactly as planned.

Her ex-lover, Edouard Baer (Marquis des Arcis), got touched by the beauty of the prostitute he married and eventually accepted her past because of her honesty. The two lived happily ever after and what she did for revenge became good luck for her ex-lover.

Paradise beach is a French action movie that was released in February 2019. In this movie, a team of robbers arrives in Southern Thailand, Phuket, which is referred to as Paradise in the movie because of the natural beauty of the place.

Finally, the day arrives when they get caught dead to rights and the movie turns into a thriller when Mehdi, one of the robbers who was imprisoned for 15 years, came out to take his share of the pie.

The Last Mercenary is another French thriller that stars Claude Van Damme, Samir Decazza, Assa Sylla, and Alban Ivanon. The movie revolves around a secret agent that works for the government. While on a mission, Claude Van Damme starts seeing his friend’s wife and impregnates her.

The two are then blessed with a son. After that, the mother of his son asks him for two things, a nanny to look after the child and money that the government should pay. Finally, an agent comes into the picture as a caretaker of the child and the movie continues with the father and son living separately for years.

Spoiled brats, pourris gâtés in French, is a French comedy movie that was released in 2021. In this movie, a million works on improving his spoiled children, making them better human beings. For that, he tricks his children and tells them that their fortune is lost.

That being said, he acts poor for more than half of the money only to make his children realize that money isn’t everything at the end of the day and entitlement doesn’t remain forever. The movie continues with the struggles his children go through because of their father acting and living a poor life.

Oxygen is a critically acclaimed French science fiction thriller that was also released in 2021. It revolves around a woman who wakes up in a medical, airtight cryogenic unit. She then finds that the oxygen levels inside the unit are dropping and that is when the movie begins.

The men, although interested, label these women as MILFs. All six spend most of their time together in Southern France and the movie comes to an end as the vacation ends after a few weeks.

Apart from the movies mentioned above, there are a number of French seasons available on Netflix that are quite interesting with great storylines; however, watching a movie is easier as it only takes an hour or two. On the other hand, French seasons are longer and not everyone can make time for them. Therefore, I suggest you start with the movies and must watch the ones mentioned above. I’m confident you’ll enjoy them.