Last week both the Treasury and the Central Bank raised interest rates sharply, thus ushering in a new era.

July ended, the month we had 3 ministers of economy, Martin Guzman, Silvina Batakis and Sergio Massa, free dollars that rose between 13% and 24% but climbed 40%, dollar bonds that found no floor to fall 18% and ended up rising 7%, the Treasury in a new auction of bonds said 97 % TEA rates paid in pesos, a central bank that raises the monetary policy rate by 8 percentage points and stocks that earn 38% in pesos and 21% in dollars. We had more restrictions to work with in the dollar and an inflationary acceleration that would certainly leave us with the month with the highest price increase of the year. All this in just 30 days.

July has been a clear display of the depth of the crisis the country is going through, which is not only economic but political as well. And to counter this from a monetary point of view, a strong hike in interest rates is resorted to by the Treasury and the BCRA. It is important to clarify that in this growth value of moneyWhich will have an impact not only on the value of the dollar but also on activity, it is the result of monetary errors and issuance of more in the previous months.

hence A few days ago the BCRA announced an interest rate corridor where the ceiling would be determined by the Treasury rate in its tenders., is a correct measure, given that it is the government that needs financing to solve its fiscal deficit. It is necessary for this reason that this financing comes from the market in order to reduce the issuance of the peso by the BCRA to the minimum possible, which then causes inflation.

Therefore, in last week’s auction, the Treasury validated a rate of 70% TEA (97% TEA), thus leading to a positive market rate. With this rate, a rollover of government debt of 194% was achieved, a truly excellent result given the moment of financial uncertainty that we are experiencing. Of course, this has a cost and will be an increase in interest payments that the government will have to face in the future. 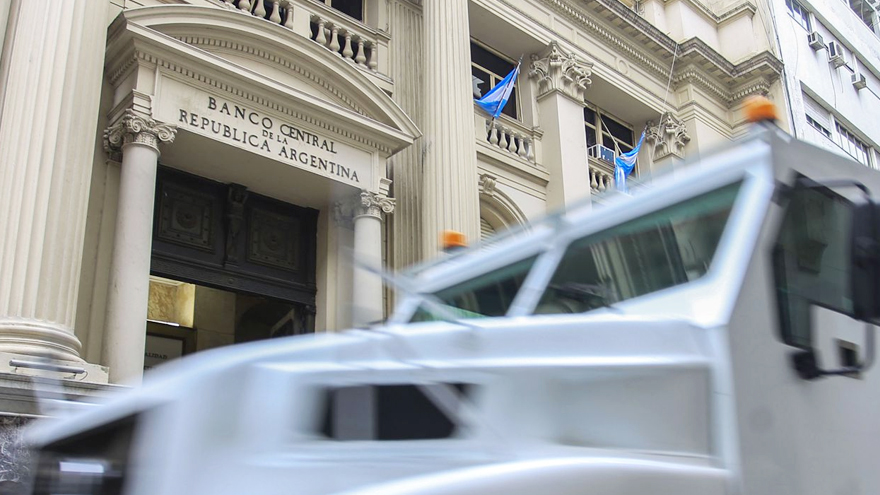 Investing: The Era of High Rates

But in the context of accelerated inflation, as we are experiencing, BCRA cannot forget about the depositors and thus decided to increase on Thursday as well. economic policy rate 52% to 60% TNA (79.8% TEA) together with a minimum fixed term rate of 61% TNA (81.3% TEA) for deposits up to $10,000,000.

These rate hikes had an impact on the market where the free dollar stopped rising and ended the week with a decline of $30/$40, although still showing a pre-crisis price increase of around $100. 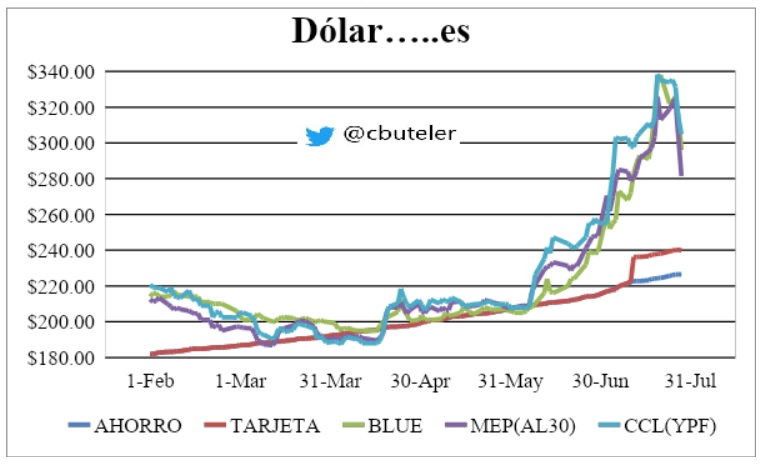 but Every rate increase works in two directionsOn the one hand, we see that depositors get better remuneration for staying in the local currency, but on the other hand all forms of financing become more expensive and this also ends up having an impact on the level of activity. A fact that could affect the future performance of stocks, though they also celebrated exchange rate calm in the past week, ending with a 7.6% gain.

In last week’s column we discussed it seems time has passed buy dollars, because now with this rate hike, by way of controlling this issue, it should bring even more peace of mind on the exchange rate and as we mentioned in the previous paragraph, it can also impact the share price , so we believe this will be the state of the rates moment. At least in the short term and always be mindful of the measures that the new economic team may offer.

Although, Are these traditional fixed term rates preferable to instruments that adjust for inflation (UVA fixed term, bonds and bills with CER)? Unfortunately the answer is no, at least in the coming months. The acceleration of inflation that we saw in July would certainly give the highest rate of the year and cause a pullback to August, which would be accompanied by higher inflation than previously planned growth. Therefore, when choosing equipment in pesos, we continue to give priority to the latter. Thus, a conservative investor has a choice of fixed-duration UVA and mutual funds that invest in these instruments, while risk-averse ones have bonds ranging from very short duration papers with maturities in 2024 and 2025. CER + 10 marks.

have moments too much volatility For investment and we should try to save our capital in the best possible way. I will wait for you next week.