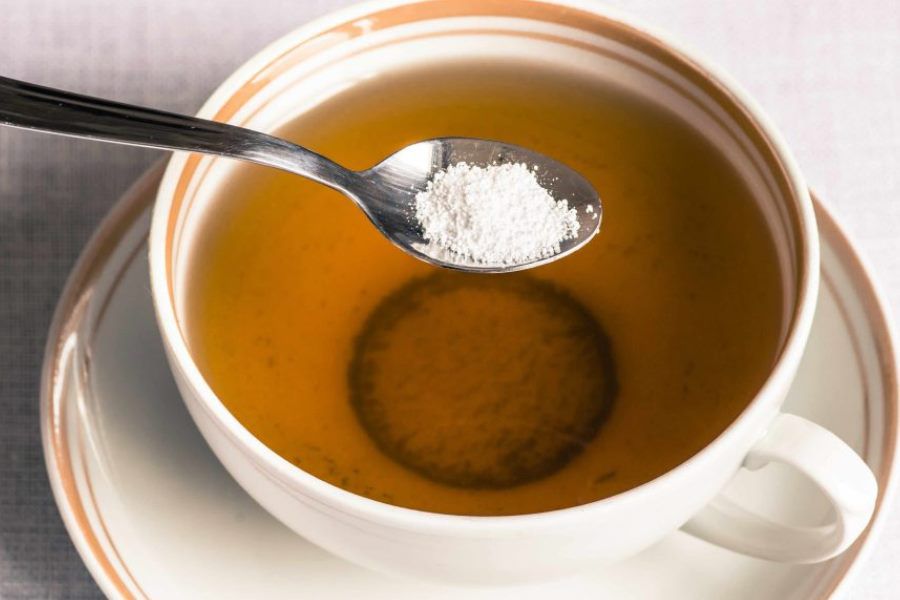 Sugar is like climate change in nutrition: its effects were denied for some time, but there is hardly any doubt about the serious consequences of its high consumption on human health. For at least ten years, as this study shows, there is sufficient evidence to confirm that reducing intake of sweetened beverages reduces the prevalence of obesity and associated diseases.

But humans are animals of habit, and just as it seems highly unlikely that we will stop emitting greenhouse gases in the short term—eating meat and flying is so comfortable—this is not seen on the horizon. Leave it.

And why do it, you wonder, when you stir your sweet tea with a dozen transparent drops? Why give up the instant pleasure of sweetness, that dopamine hit that gets us high and melts us down at the same time, if there are miraculous sweeteners?

There won’t be many reasons to give it up, it’s true, because it’s also true that these products—whether in powder, pills, or drops—do something divine: They add sweetness to our drinks or dishes—500 times More so than table sugar or sucrose – but without the calories that come with it. Hence they are called non-caloric sweeteners (ENC). And so, too, has the food industry turned to them to reduce the amount of sugar in their products, ditch the warning labels, and promote them as free of this white ban.

But what do we drink when we have zero drink, nectar without added sugar, a smooth yogurt without seal or a sugar free cake? Does not having sugar also mean that there is no risk?

It was by accident and about 150 years ago that Konstantin Fahlberg, a Russian working at Johns Hopkins University, discovered the sweet taste of saccharin, anhydroorthosulfaminebenzoic acid, for friends. Nothing bad was said about sugar then, but over the decades, and with the rise in diseases such as diabetes, this sweetener – and others discovered later, such as cyclamate, aspartame or sucralose – have become the wrong “diet” products. began to be used extensively. ,

“Non-caloric sweeteners were not designed to cause weight loss,” says Carolina Pye, M.D., a nutritionist and professor at the School of Nutrition and Dietetics at the Universidad de los Andes. “yes, they are beneficial for people who can’t eat sugar, such as the diabetic or insulin resistant”, but they don’t contain anything that implies a nutritional contribution.

And isn’t it enough that they have no calories? No, because basing our diet on calories or calories is a bad idea, says Veronica Iribara, nutrition and obesity expert at UC Christus Health Network.

“The energy we consume is important, but the origin of those calories is even more important,” he explains. Because a cola fizzy drink may not contain any, but it’s still ultra-processed: a product that provides no nutrients. “Eating a certain amount of calories by munching on fruit is not the same as drinking processed juice made in the United States; And don’t eat homemade bread with avocado from a packaged cereal bar.

But let’s focus on sweetness. Since some of them are relatively new – although saccharin was patented more than a century ago, there are others that are no more than 20 years old and their mass consumption only recently – we don’t know for sure. what are their long term health effects. “It’s been denied that they cause cancer, as it was in the ’70s,” says Pye. “But what is being studied more carefully is its effect on the microbiota.

The intestinal microbiota is the set of bacteria and microorganisms that live in this digestive organ, a group of millions of tiny creatures that fulfill various fundamental roles in our lives. They help digest what we eat, protect ourselves from deadly bacteria and, as recent research has shown, help regulate mood, among other things. So keeping these bacteria happy makes us happy.

But studies have shown that consuming sugary foods affects the microbiota, reducing its diversity. “It can cause gastric upset, bloating, diarrhea, or affect the immune system,” says Pye.

It is still difficult to draw firm conclusions, because of the lack of time for the study; Furthermore, there are many types of EDCs and each can have different results. “Some of these effects occur with larger doses, but it’s not hard to fall into overconsumption of sweeteners when we’re exposed to ultra-processed foods.”

Since there is still not much certainty about the effects of consumption of non-caloric sweeteners, each country’s regulatory bodies have established permissible daily rates (abbreviated IDA) for each authorized ENC. This means, for now, that there will be no major health risk if we don’t exceed that limit. What if we get over this? Who knows, but better not to know.

On all ENC labels, whether in drops, tablets or powder, the ADI is detailed: the maximum amount of milligrams per kilogram of body weight that should be consumed per day. In other words, to figure out what the exact figure is for each person, you have to solve a multi-step mathematical operation, something not everyone takes the time to calculate.

For example, the ADI for sucralose is 15 milligrams per kilogram of body weight: This means that a person weighing 70 kilograms should consume no more than 1,050 milligrams of that sweetener per day. A glass of powdered juice contains about 3 milligrams, so it would take 350 servings of that drink to exceed the rating. Not even a thirsty marathon runner would drink that much powdered juice, but what if you sweetened your coffee, your tea too, had some sweet yogurt, your light cake, your sugar-free jam?

An investigation conducted with about 300 students in Valparaíso showed that they all eat sweet foods, but none exceed the ADI, indicating that this index is not easy to pass in young people and adults. : You have to eat a lot of ultra-processed foods and put on weight, two things that don’t usually come together.

Where it is easier for boys and girls: If they weigh 12 or 15 kg, it is more likely to exceed the ADI. For example, the A for stevia is 4 mg, so a boy weighing 12 kg only needs to drink three 200 ml stevia-sweetened nectars (containing about 16 mg) to reach the limit dose.

So far, as we’ve said, the data is not very conclusive regarding sweetness and can be interpreted to one side or the other. But some things are simple: A meta-analysis published in the Canadian Medical Journal in 2007 found no benefit from ENC intake for weight control or weight loss. Rather the opposite: They saw a link between their intake and weight gain.

“The main problem we see with sweeteners is that when they see foods that say they don’t have added sugar, people tend to consume them in surprising amounts,” says Iribara. No, they claim to be zero or light, but many times they contain palm oil or corn syrup, a solid fat that is ubiquitous in the industry.

It’s like getting a pig in one hit: I came because I didn’t have sugar, but I came back with a bunch of malnutrition. “Typically, people who eat completely zero or no added sugars have a false sense that they are eating healthier: They consume more of that product because they believe it makes them less fat,” says Carolina. Pie says. “Or compensate with another who has sugar: He drinks his coffee with sweetener but eats two pieces of cake.”

Moreover, in some preparations, it is not reaching and replacing sugar with ENC. “In a cake, you use ¼ cup of sweetener to equal one cup of sugar. But the remaining ¾ must be filled with something else to give the recipe the weight and volume it needs. And that second thing is usually flour. is”. This creates another false sense of fewer calories.

The other problem is with the taste. Sweeteners have a much higher intensity of sweetness than sugar: the less sweetness the more. “This leads us to seek out overly sweet flavors and increase that satisfaction. You can go from 10 drops in tea to 15 very quickly,” says Pye, who identifies chiles as very “sweet.” The risk is that naturally “sugary” foods, such as fruit, will not be able to satisfy this high demand for sweet, something that ultra-processed foods will do.

“But ultra-processed foods — such as cookies, chocolate, cereals and other sugary snacks — are designed to make you eat a lot without feeling full,” warns Iribara. “Many people have corn syrup, which is high in fructose and not very potent at sending satiety signals to the brain.” Sweetener is like the snowball that causes an avalanche.

This is not about demonizing them: clearly, and especially for patients with diabetes or insulin resistance, ENCs are a better choice than sugar. “But eating a healthy diet doesn’t mean abusing these products,” says Carolina Pie. “The ideal would be to drink coffee or tea without anything, but rather less than 10 drops.”

And if we want to eat something sweet, it is always better to have more than 15 items on their list, with well-known ingredients, ultra-processed, with homemade preparations. “A homemade cake, even with added sugar, will always be better than another packaged cake, even those that claim to be lighter,” says Iribara. “Coconut oil, for example, is promoted as healthy, but it is pure saturated fat.”

Which Sweetener Is Better? There are not many certainties here. From the studies that do exist, “stevia is the one that seems most comfortable in the microbiota,” Pye says. “Allulose also has a plus, because it hasn’t been seen to cause changes in the organism. But maybe that’s because it’s super new.”

Saccharin, yes, is not recommended during pregnancy, as it has been proven to cross the placenta. It is not known what effect it may have on the fetus, but this characteristic already makes it suspicious.

Both experts recommend using ENC in moderation and at low frequency. As long as there is doubt about the consequences on our health, it is better to abstain. “It is not natural that we feed ourselves with these products, which come from sophisticated chemical processes,” Pye concluded. First, it is convenient to give a chance to natural flavors, which will appear in front of our nose and tongue if we gradually reduce our hands to sugar and salt.