Scientists talk about a supermoon when the Moon is closest to Earth in its orbit and appears as a full Moon.

The Moon looks much bigger and brighter – probably because it appears closer to features on the horizon, like mountains or trees.

A full moon occurs when the side of the Moon that faces the Earth is completely illuminated by the Sun. And a supermoon is first and foremost a full moon. So, some people refer to the full supermoon.

The opposite of a supermoon occurs when a full moon is at its farthest point from Earth. Then it is called micromoon.

Where do supermoons get their names?

Strawberry supermoons often occur around the end of June and have more to do with the harvest than the color of the moon. 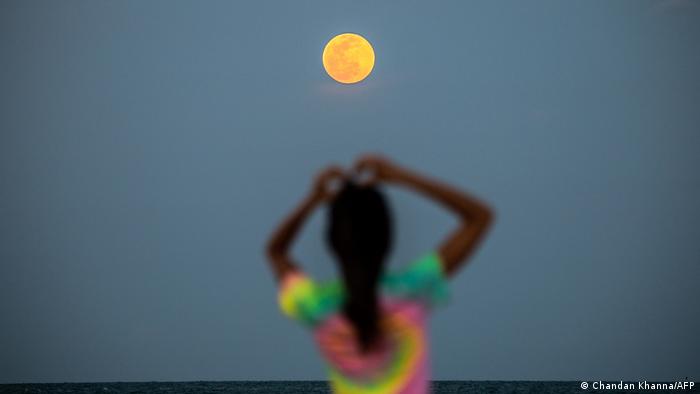 See the supermoon with your own eyes

Historically, in North America, the name refers to the time when strawberries are ripe.

In Europe, the same supermoon is called the Mead or Honey Moon, because it is the time to harvest honey. Mead is a drink made from honey and spices.

Strawberry supermoons are also known in Europe as Rose Moons because they occur around the time when roses are in bloom.

What is the best way to watch a supermoon and when?

Supermoons appear 14 to 17% larger and 30% brighter than micromoons and can be seen with the human eye – especially if the sky is cloudless.

Read Also:  Estrogen and COVID-19: Is there a link?

A small telescope or binoculars should reveal details of the Moon’s surface.

The best time to visit it is just after sunset, and at moonrise just before sunrise. That’s when the supermoon dwarfs other things you can see on the ground.

How often does a supermoon happen?

While a full moon occurs once every lunar cycle—once every 29.5 days—supermoons typically only occur three to four times a year.

Giant moons are visible for about three days.

And if you’re lucky enough, you might even see the rare Super Blood Moon. That is when a lunar eclipse occurs on the same night as the supermoon.