What is the connection between winter storms and global warming? 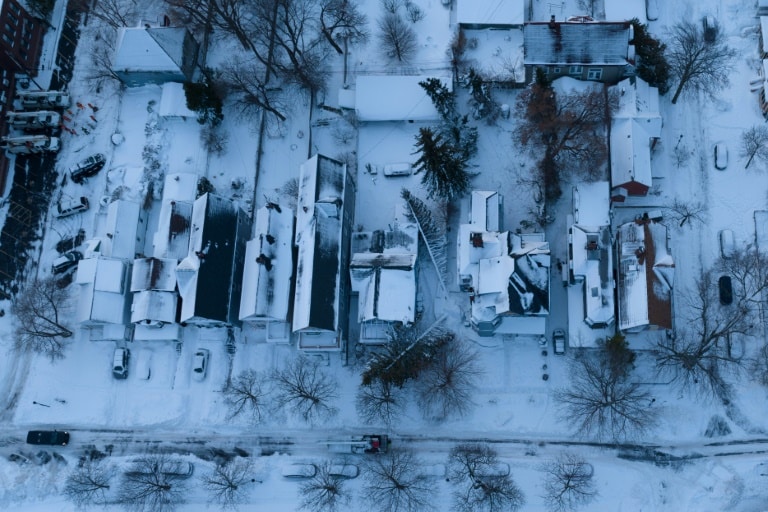 The world is getting warmer including winters. However, the United States has experienced severe winter storms in recent years, and experts are taking a closer look at the link between these bouts of extreme cold and climate change.

Unlike the relationship between global warming and heat waves, which is more direct, the behavior of winter storms is governed by complex atmospheric dynamics that are more difficult to study.

Still, “there are some aspects of winter storms … where the links to climate change are very clear,” Michael Mann, a climatologist at the University of Pennsylvania, told AFP.

For example, the warming of water bodies, such as lakes or oceans, affects the amount of snow that falls.

In the United States, “lake effect snow” occurs around the Great Lakes region, bordering Canada. The city of Buffalo, which sits on the shores of one of the Great Lakes, was hit hard by a deadly snowstorm over the Christmas weekend.

Cold air from the north collides with the warm water of these lakes and causes convection, which leads to snowfall.

“The warmer the lake temperature, the more moisture (there is) in the air and the greater the likelihood of lake-effect snowfall,” Mann wrote in a 2018 article.

“As expected, we see a long-term increase in lake-effect snowfall as temperatures have increased over the past century,” he explained.

However, there is no consensus on other mechanisms, such as the effects of climate change on the polar vortex and jet streams.

According to a 2021 study, this type of disturbance occurs more frequently, and when it does, it echoes further down in the atmosphere, where the jet stream is located, for the next two weeks.

This air current, which flows from west to east, again follows the boundary between cold and warm air, then dissipates as cold air from the north descends at lower latitudes, especially in the eastern United States.

And this “extended” polar vortex is exactly what was seen just before the storm hit the United States this December, he said.

But the debate centers on a key question: What is causing these increasing disturbances in the polar vortex?

According to Cohen, these changes are linked to changes in the Arctic accelerated by climate change. Rapid melting of sea ice on the one hand and increase in snow cover in Siberia on the other.

“It is a topic I have been studying for more than 15 years and today I am more certain than ever about that link,” he told AFP.

However, this last point is still an “ongoing debate” within the scientific community.

“Climate models still do not capture all of the underlying physics that may be relevant to how climate change is affecting jet stream behavior,” he said.

Therefore, more studies will be needed in the coming years to unravel the mystery of these complex chain reactions.