What is toxoplasmosis and why can it manipulate the brains of wolves, rats and even humans 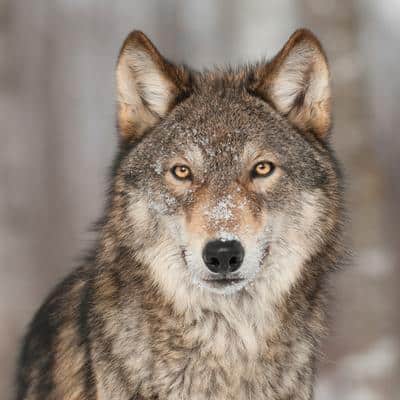 A study showed that chimpanzees are infected with toxoplasma They are attracted to the urine of their natural predators, leopards. In another study, researchers showed that infected spotted hyena cubs were more likely to be approached and killed by lions, according to study co-author Eben Gering, an evolutionary biologist at Nova Southeastern University in Florida.)

“We are only beginning to scratch the surface of how the behavioral effects of toxoplasmosis infection — known in rodents, confirmed in wild animals, and now observed in highly social animals such as hyenas and wolves — affect group dynamics and behavior.” They affect. have ecological consequences“, he states.

How does toxoplasmosis affect people?

Accumulating evidence suggests that People with toxoplasmosis are at higher risk than those who are not infected.For example, by driving more dangerously, which often leads to fatal traffic accidents.

However, the effects are not always negative: In a study of college students and business professionals, those infected with toxoplasma They were more likely to specialize in business or start their own companies. And in countries with higher infection rates, people were less likely to cite fear of failure as a reason for starting a new business.

It is not known exactly how the parasite, a distant relative of malaria, causes these changes in mammals.

Milne says there is some evidence Parasite can affect neurotransmitters, such as dopamine, or hormones, such as testosterone. It is also possible that the parasite causes low-grade inflammation, which affects behavior.

Whatever the mechanism, it is becoming increasingly clear that parasites (especially toxoplasma) play an important and less appreciated role in the lives of animals. Scientists estimate that about 40% of animal species are parasitic, and that they are probably the majority of species yet to be discovered.

“A lot more of our behavior than the average person can be affected by this parasite,” says Gering.