What’s next for the alleged plagiarism case by Yasmin Esquivel? 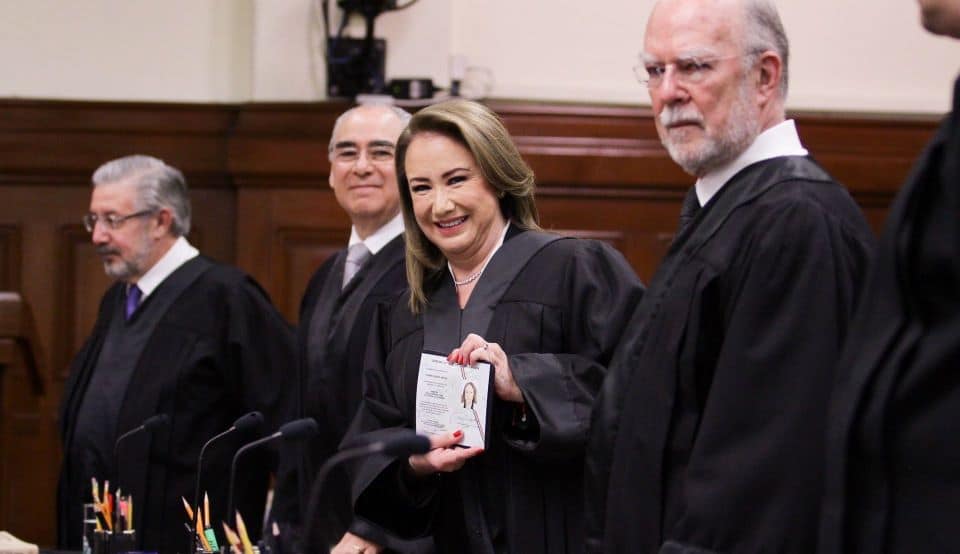 In accordance with the law of the University, the matter on the alleged plagiarism of thesis Minister of the Supreme Court of the Country (SCJN) Yasmin Esquivel must reach the degree university courtThe body in charge of determining whether the matter warrants a sanction and what it would be.

However, the first vetting process is being done by the Academic and Scientific Integrity Committee Aragon Faculty of Higher Studies, Where Minister is a graduate, his thesis after and another student’s thesis submitted a year before his had a “high degree of overlap”, as determined by the university’s General Directorate of Library and Digital Information Services.

As part of the process, the integrity committee of the FES Aragon called on all those involved in the case to appear by Thursday, December 29: Minister Esquivel; Thesis advisor, Martha Rodriguez; Synod in their professional examination to the former student author of the first registered thesis.

After listening to everyone’s arguments, you should analyze the evidence and the expert opinion of the thesis. Yasmin Esquivel, registered in 1987, and that edgar ulis baezPresented in 1986, both with the same title “Ineffectiveness of unions in reliable workers of article 123 section A”, as entered in UNAM’s registry of theses.

So far, FES Aragón has not made public who makes up the Integrity Committee, a figure provided to all UNAM institutions in charge of deliberating on ethical aspects in research, education or culture, and whose members are publicly available. data must be; Nor has it been told when the investigation will end.

According to the rules governing such ethics commissions, the committee was supposed to issue a resolution or opinion on the matter, but could not give any sanction. ie, I can conclude that there was indeed plagiarism, but shall have no power to invalidate the title.

However, before any resolution is made, the committee must give a hearing to the University Tribunal, the collegial body charged with hearing and deciding on violations of university law, allegedly committed by academic staff or students of UNAM.

,@lopezobrador_ defended the minister @YasminEsquivel_ before the presidential election to the Supreme Court, maintaining that the allegations of plagiarism are because “they have done the right thing and supported our intrusion into the judiciary when everyone else was against it”. pic.twitter.com/Bxwi2anokY

Consulted university sources state that the matter is complicated because 35 years have passed since the publication of Minister Esquivel’s thesis, and even confirming the plagiarism with Baez’s thesis, published 36 years later, as such Approval for something is not clear.

First, it should be analyzed on the basis of university law in force in 1986 and 1987, not the present, and with this distance, any offense could probably have been determined. On the other hand, when plagiarism is discovered, it usually equates to an immediate sanction, but a case in which plagiarism may be discovered decades later is not provided for in the rules.

The matter should be resolved by the University Tribunal, which, as explained, “acts as a guarantor of the principles of legality and due process, on the one hand, it reviews the sanctioning acts issued by the University authorities which refer the cases; and, on the other hand, certify the disciplinary procedure in strict observance of the due procedure, hear the person first referred and issue a resolution regarding the merits of the case with reference to the University Legislation”.