When should you not eat fish? Seafood consumption is generally recommended for everyone, as it is an important source of protein, vitamins, minerals and polyunsaturated and monounsaturated fatty acids.

Fish in particular provide significant amounts of minerals such as phosphorus, potassium, calcium, sodium, magnesium, iron, iodine and chlorine, according to information from the Colombian Ministry of Health and Social Protection. However, eaten with bones and some shellfish provide a higher proportion of calcium.

For example, in the case of sardines, 400 milligrams of this mineral can be obtained for every 100 grams; 210 milligrams per 100 grams in anchovies and 128 in clams, cockles and similar preserves. The average calcium content of other fish and shellfish is around 30 mg per 100 g.

As far as vitamins are concerned, the above sources indicate that they are foods that provide B vitamins (B1, B2, B3 and B12), A and D. Fish liver oil is the most concentrated natural source of the latter two.

They are products that contribute, for example, to weight loss. In general, fish contains less fat than meat, and the number of calories it provides depends on how it is cooked. Ideally it should be grilled, steamed or baked and avoid frying as per information from the portal know live tv,

Similarly, seafood is beneficial for strengthening memory. According to a study published in the journal Journal of the American Medical AssociationEating seafood in moderate amounts may have a protective effect in people at risk for diseases such as Alzheimer’s, but more research is needed.

On the other hand, seafood contains vitamin A, which improves vision and helps in the formation and maintenance of teeth; vitamins of group B, which regulate the functioning of the entire nervous system; Vitamin D which contributes to bone formation and finally, Vitamin E which has antioxidant properties.

When should it be avoided?

Although these are very body-friendly foods, there are specific cases in which fish consumption should be avoided or minimized.

For example, when a person suffers from hyperuricemia, that is, he has high levels of uric acid in his blood. This chemical is created when the body breaks down substances called purines, which are normally produced in the body but also found in some foods and beverages, says the US National Library of Medicine.

As a result of years of hyperuricemia, gout may appear, a disease with a high prevalence in men aged 35 years., This condition is characterized by the presence of intense pain that starts in the big toe and travels down the entire foot, although it can also affect the elbow and wrist. 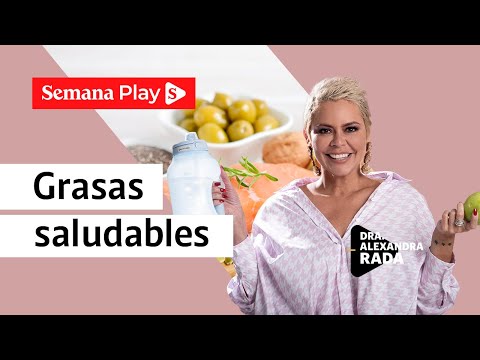 According to information from the Fish and Seafood Portal, people who have this condition should limit their consumption of foods with a high purine content, such as blue fish, but can eat white fish, as it is low in these substances. .

People who are allergic to fish proteins should also not eat it, as the immune system reacts to the presence of these nutrients by creating antibodies that, after a series of reactions, They cause the appearance of substances such as histamine. It is responsible for conditions such as asthma, rhinitis, laryngeal edema, urticaria, swelling of the eyelids, lips and cheekbones, nausea, vomiting, diarrhea and abdominal pain. The fish most likely to cause allergies are cod, haddock, salmon, trout, tuna, anchovies, and mackerel.

On the other hand, people with high blood pressure or problems with fluid retention can eat both blue and white fresh fish. However, the recommendation is to avoid those whose production process requires the use of salt. This is the case with canned and semi-preserved fish, caviar, as well as cured fish, including dried, smoked and salted fish, and even frozen fish.