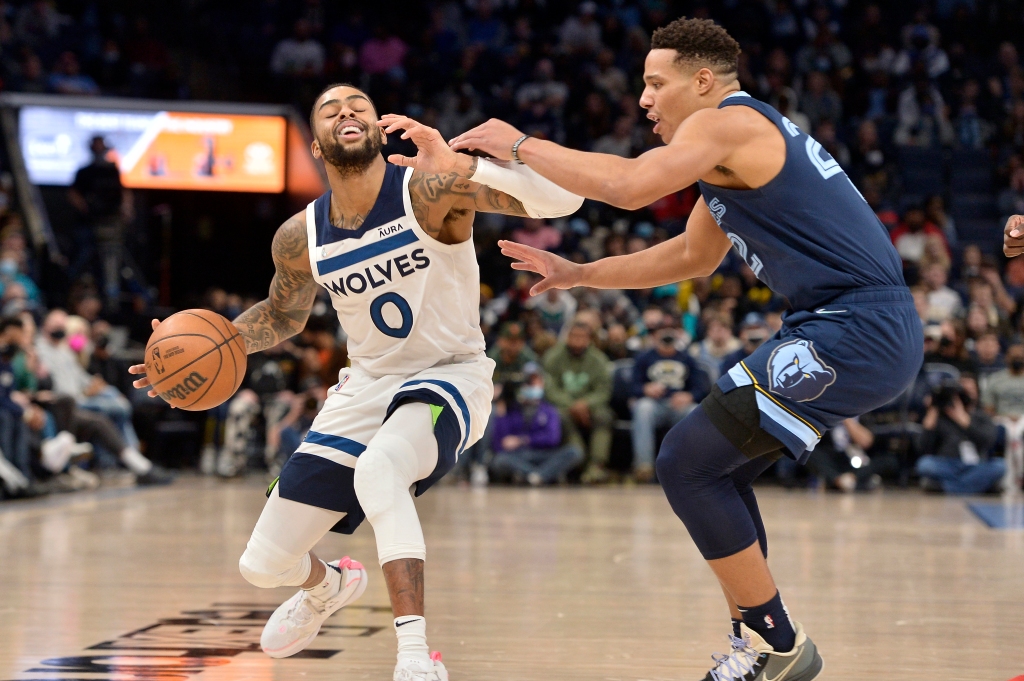 The Timberwolves’ D’Angelo Russell rarely attacks the rim. He takes fewer than four shots a game from inside 10 feet.

Yet somehow the guard averages 3.5 free-throws a game – the same number as Anthony Edwards, who penetrates into the paint on a regular basis. While Edwards draws his fouls via shear brute force, Russell does so with craft.

The 25-year-old – who was averaging eight free-throws a game over Minnesota’s last two contests entering Tuesday’s game in Portland – is adept at sensing when something as simple as a defender’s hands are in the wrong place, and is able to move his arms to draw contact and a whistle.

The “rip through” move in which the offensive player swings his arms through the defender’s hands was declared to not be a shooting foul in recent years, leading fewer players to use the move. Yet Russell still goes to it whenever Minnesota is in the bonus, giving him two easy free-throws whenever it’s called.

“He’s such a smart basketball player, he knows what’s going on at every little moment. He’s always thinking the game, knows all of the situations,” Timberwolves coach Chris Finch said. “He’s pretty crafty with the ball in traffic. He does have a knack for drawing fouls.”

Minnesota’s rotational choices of late have had Russell off the floor at the end of the first and third quarters, even when the Wolves are in the bonus. But, Finch noted, when the opportunity to get to the line presents itself, Russell seizes it.

When Russell was a young player in the league, playing for the Los Angeles Lakers, he said he attended “Lou Will University.” He watched veteran teammate Lou Williams draw contact and calls through a variety of subtle methods. Russell took note.

“I learned all of that from him. Guarding him in practice, watching him do it from the bench, fool the refs every night,” Russell said. “I just felt like I could add it to my game.”

Patrick Beverley missed his second straight game with a sprained ankle that Finch described as not “too, too severe,” though the coach added injuries like that often lead to more than one missed contest.

Count Karl-Anthony Towns as a member of the camp that was disgruntled by Barry Bonds’ omission from the Baseball Hall of Fame. Towns stumped for Bonds’ inclusion in the hall earlier in the day Tuesday, tweeting “This man should be in the HOF @BarryBonds. Ya’ll trippin if you think otherwise.”

When news circulated that Bonds did not receive the call, Towns quote-tweeted the news with a facepalm emoji.

Will Afghanistan be polio free in 2022?