While most of the Mets offense remains hot, Robinson Canoe overtakes the team 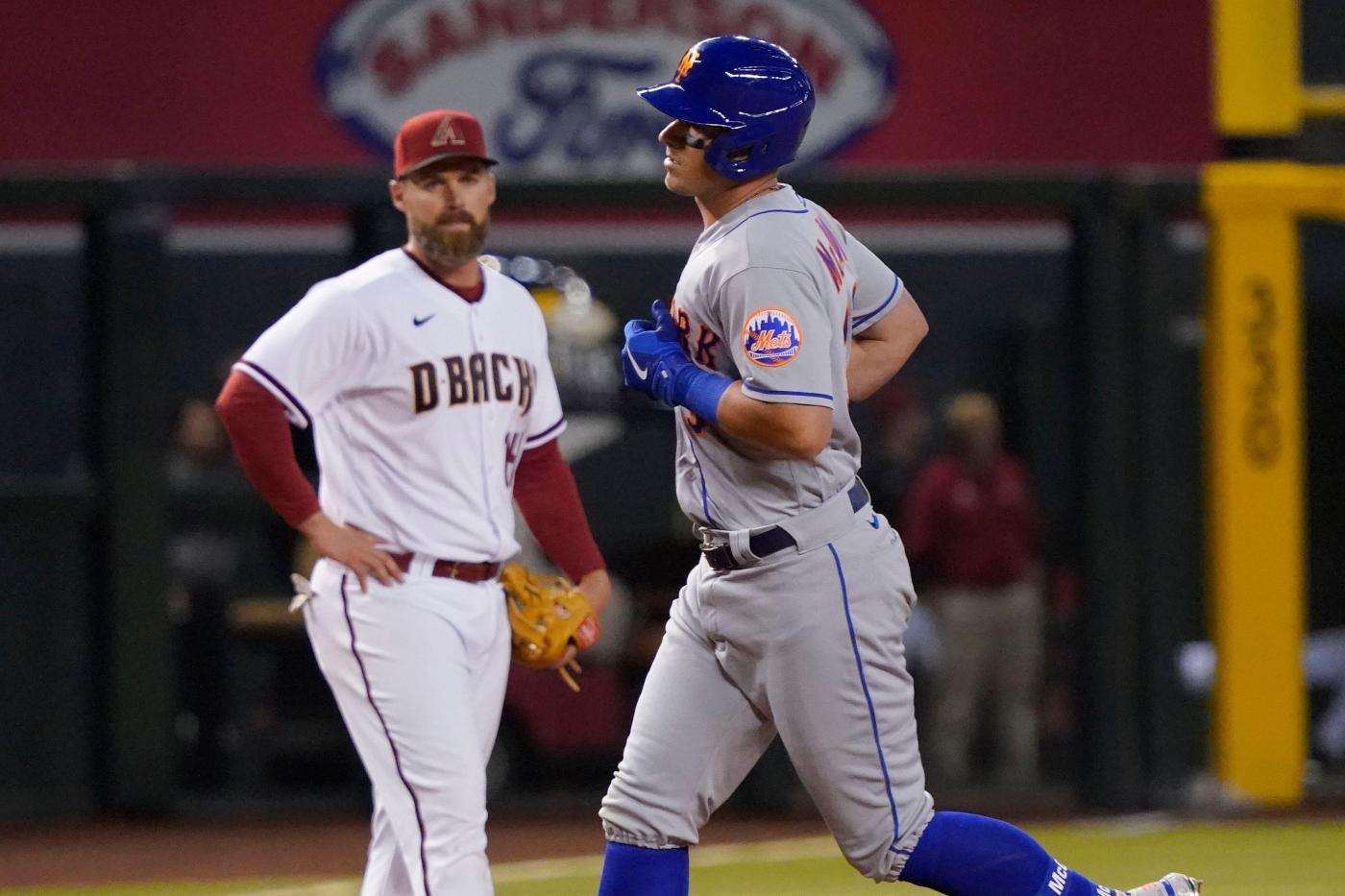 When good offenses keep finding ways to win, as has been the Mets’ motto in their first two-plus weeks of the regular season, limited holes in the lineup become apparent.

Such was the case in the Mets’ 6-5 win in 10 innings over the Diamondbacks on Friday at Chase Field. The Mets did their job, which meant evaluating a mix of short ball and smart plays under the Buck Showalter regime. Three of Amazin’s six runs in the series opener came via a sacrificial fly, an RBI groundout and an infield single. There’s a feeling around most of the Mets’ new lineup, a unit leading the majors in runs, that they’ll come back or find a way to score.

And then there’s Robinson Canoe, who was 0-for-10 until his ninth-inning single on Friday.

It is becoming harder and harder for Showalter to continue defending the team’s decision to keep Canoe in the lineup, let alone plug him in as the designated hitter while both Dominic Smith and JD Davis sit on the bench.

In the fourth inning on Friday, the Mets finally got their first baserunner against Zack Gallen, thanks to a double leadoff against Brandon Nimmo’s shift. Then Starling Marte made a walk, Nimmo moved to third on a Francisco Lindor forsout, and Pete Alonso moved Nimmo into shallow right field on a well-positioned RBI blooper. The Mets tied the game at 1-1, and they still had an out and some cooking to do with the first and second runners.

But after the exit of Eduardo Escobar, Cano went up to the plate with the stuff of .100 batting average in his last six matches. It took Galen just three pitches—a cutter and two curveballs that landed in the dirt—to hit the canoe and kill the Mets threat.

It wasn’t just that Canoe had his second strikeout of the night and eighth in his final 26 at-bats. It was that Cano is still gaining rep in DH, placing sixth, representing a huge rally killer in front of Mark Canoha and Jeff McNeil. Canha and McNeil have been on-base machines for the Mets, with the former flashing .417 on-base percentages, seventh-best in MLB and third-best in the NL (minimum 30 plate appearances).

Cano has played in eight of the team’s first 15 matches. He hit a .185/.241/.296 slashline, one home run, three RBIs and two walks in Arizona on Friday. The 39-year-old has recorded a 41% stalking rate so far, which corresponds to the worst 42% stalking rate of his career in 2020, with only a 54% stalking contact rate, after Statcast started tracking in 2015 Worst ever since. Canoe entered Friday’s game -0.3 bWAR.

Even James McCann, who was scoring .120 in his first nine games, showed life on Friday when he scored his first home run of the season. It didn’t get any cheap – McCann’s two-run shot went 452 feet into left field and looked like he got the monkey off his back.

So yes, the Mets lineup is longer and darker than it was in years past. The opportunity to make a loss can come from anywhere in the lineup, but so far, a significant amount of space is being wasted on the canoe.

Another left-handed hitter in Smith, although struggling to break into the plate after a hot spring training, he has fewer plate appearances and batting than Canoe. Like Smith, JD Davis is also dependent on DH’s reps to get his batsmen. Fourth outfielder Travis Jankowski has also shown his bat and speed on the basepath is far more valuable in the DH than in the canoe. The Mets are selling themselves short when that spot is occupied by the falling Canoes, a veteran who appears to have had a chance to pull out, at least in part because he signed through 2023. and is owed $20 million in each of the remaining two seasons.

The reality is that Canoe knows he is on a short leash. If he doesn’t start production – and soon – he could be off the roster as early as May 2, when the roster is reduced from 28 men to 26. It will be the first opportunity for GM Billy Appler to show what his organization is about: cutting down a struggling hitter who is eating up a roster spot, or keeping him for his experience and so-called leadership in the clubhouse.

There’s also an argument: If it ain’t broke, don’t fix it. The Mets are 11-4 to start the year, the best in the NL East and the first team to reach 11 wins in the MLB.