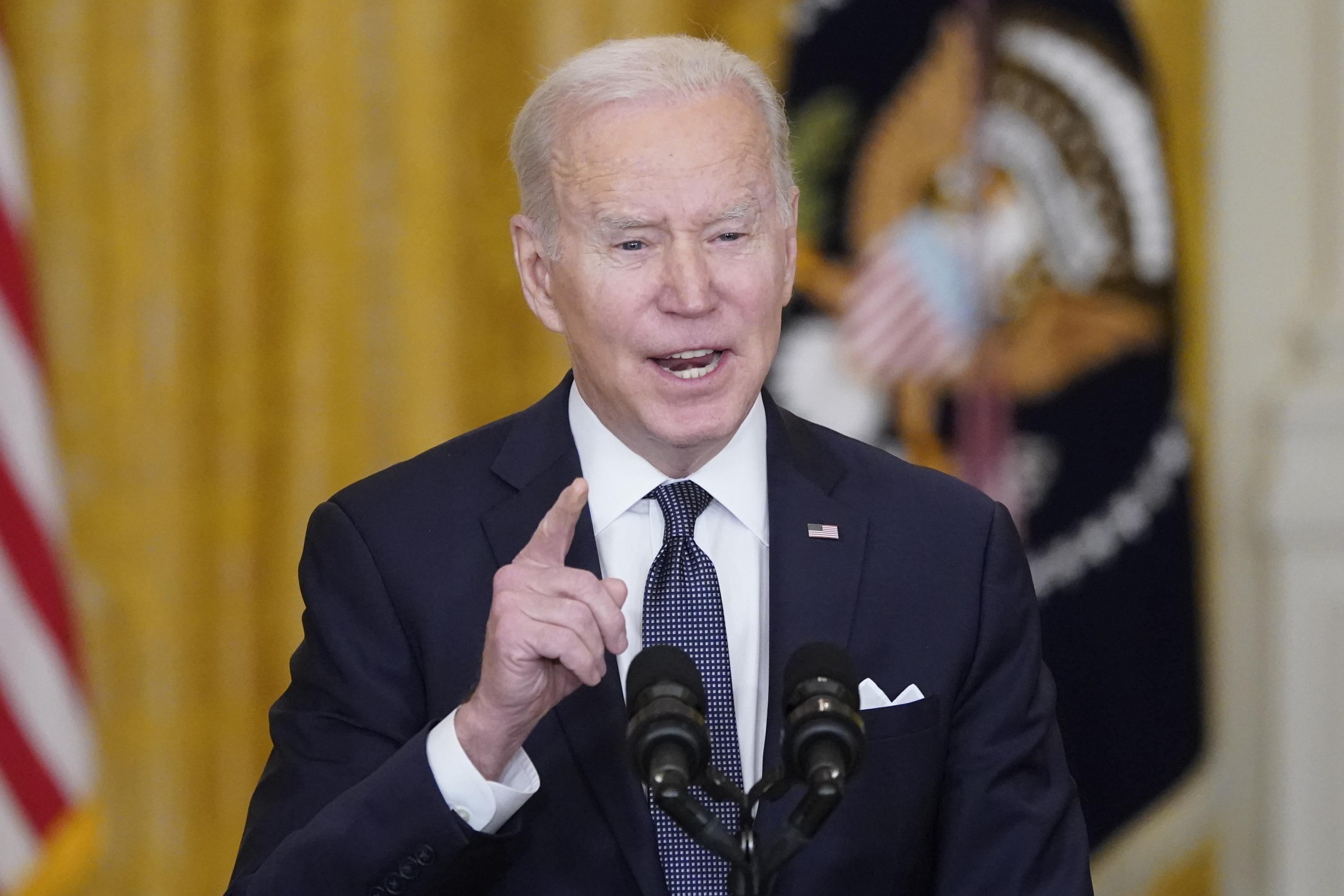 WASHINGTON ( Associated Press) — Too progressive. Too moderate. Bad for workers.

The whispers and background chatter about top contenders for the Supreme Court are growing as President Biden zeroes in on a nominee to replace retiring Justice Stephen Breyer. And while the president is eager for input, the White House insists he’s not going to be swayed by any sniping.

“He is going to pick an eminently qualified Black woman to nominate to the Supreme Court and he has a number of potential candidates that he’s very excited about,” promises White House press secretary Jen Psaki.

There’s a long history of lobbying campaigns for and against Supreme Court candidates, the former sometimes launched by those who try to catch the ear of presidential advisers to extol a potential nominee’s virtues.

In one famous example, Ruth Bader Ginsburg’s husband Marty was widely credited with making a massive behind-the-scenes effort to get his wife on the court.

“Yes, he was my campaign manager,” the late justice later said of her husband.

Advocacy groups, legal groups, scholars and lawmakers also weigh in. Today, anyone on Twitter can, too.

Biden, expected to make his choice this month, has promised to nominate a Black woman. That alone has drawn criticism from some conservatives who claim that he’s being unfair to other qualified judges by narrowing his choices. The conservative Club for Growth, which went all-out in support of Amy Coney Barrett’s nomination to the court by President Donald Trump, has been running an ad that highlights Hispanic judges who won’t be on the list and claiming Biden’s decision to narrow the field is racist.

The Supreme Court was made up of white men for two centuries. There has never been a Black woman named to the court. Justice Sonia Sotomayor is the first Hispanic. There has also never been an Asian, Native American or Pacific Islander on the court.

Biden has solicited input from lawmakers and legal groups as he makes his decision. The White House sent out a photo Wednesday of former Sen. Doug Jones, Biden’s team leader on the nomination, at work “making calls to senators from both parties.”

But the president, who was deeply involved in plenty of Supreme Court nominations during his decades as head of the Senate Judiciary Committee and as vice president, is “not going to be swayed by public campaigns or public sniping or lobbying efforts,” Psaki said.

Each finalist has a long set of bona fides and powerful backers, as well as some critics.

Jackson, thought to be the favorite, has been touted by top civil rights attorneys and lawyer associations. She’s also been criticized as potentially too progressive by some. A former federal judge wrote to the president to tell him Jackson’s decision on a lawsuit involving Lockheed Martin and Black workers was unjust to the workers.

Kruger would be the first person in more than 40 years to move from a state court to the Supreme Court. High-level attorneys and at least one former solicitor general have praised her. Some of her critics claim she’s too moderate for a Democrat.

Childs specialized in employment law before she left private practice to work for South Carolina’s department of labor. She has a powerful backer in Majority Whip Jim Clyburn, DS.C., and South Carolina Republican Sens. Tim Scott and Lindsey Graham also have expressed support for her.

It is Childs who has taken the most public heat, drawing criticism from labor groups over her work on employment cases, and from others who say she’s too moderate to fill Breyer’s shoes.

Executive director Joseph Geevarghese called it “highly concerning” that Clyburn and others were pushing for Childs, given Biden’s pro-union stance.

“Workers do not need another anti-labor justice actively opposing the very labor protections this administration is working to uphold and expand,” Geevarghese said this week. “It would be nonsensical to nominate a union-busting justice to the nation’s highest court.”

At issue is her work with the law firm Nexsen Pruet Jacobs & Pollard in Columbia, SC, where she practiced from 1992 until 2000. The left-leaning publication The American Prospect called her a “management-side” attorney and pointed to the firm’s criticism of a unionization bill that has been backed by the White House. And they highlighted her work defending companies against race, sex and pregnancy discrimination claims.

But she’s also won the endorsement of some labor groups, including the South Carolina chapter of the AFL-CIO. President Charles Brave Jr. said in a letter to Biden earlier this month that Childs would “represent all of us well.”

Childs was recruited away from her firm to work for the state’s Department of Labor, Licensing and Regulation, overseeing workplace safety. And she later was appointed to South Carolina’s Workers Compensation Commission, tasked with adjudicating grievances made by both public and private employees.

Ann Mickle, an attorney who served on the commission for six years ahead of Childs’ tenure, said Childs was sought after by lawyers for workers making claims because she had a reputation for being “intelligent, intuitive, pragmatic.”

Mickle said that if people really understood Childs’ work on the commission, “they would be knocking down the door to get her into the Supreme Court.”

Charles III will be declared the new king on Saturday