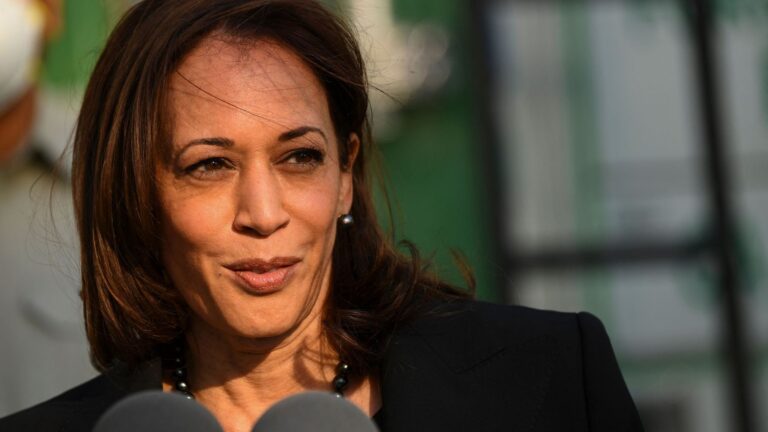 A task force led by Vice President Kamala Harris and Labor Secretary Marty Walsh on Monday sent President Joe Biden dozens of recommendations that could “strengthen workers’ power through executive action.” The main idea is to turn the government into a “model employer” through federal agencies and their contractors, encouraging workers to come together.

The report says a dozen federal agencies will begin to provide incentives or “otherwise encourage rigorous labor standards” when they hand out grants and contract private sector employers. And four departments, including the Department of Defense, will take steps to prevent contractors from using federal money for anti-union campaigns.

The plan also includes making it easier for union organizers to access federal property to communicate their case for unionization to workers, and using federal agencies to raise workers’ awareness of their rights at work. In particular, the Department of Labor will “provide materials on the benefits of union representation and collective bargaining.”

The unions pushed the administration to try to require government contracted businesses to remain neutral in union organizing campaigns, but this is not explicitly recommended in the report. It says the White House should develop a list of “performance metrics” to guide federal agencies in awarding contracts and grants.

A White House spokesman said Biden accepted the recommendations contained in the report. In six months, the task force will submit another report on how the plan has been implemented.

Many of the ideas are inherently limited because they don’t apply to all workers, but only to those employed by the federal government or its contractors. But the report serves as formal recognition that the White House can do much on its own to advance collective bargaining without going through Congress.

Biden approved a much more radical plan to support unions, the Right to Organize Protection Act, which has so far not received enough support in the Senate. The bill will be the most significant labor law reform in 75 years, repealing state right-to-work laws and increasing penalties for companies that illegally destroy unions, among other measures.

As a presidential candidate, Biden pledged to “ensure federal dollars don’t go to employers who engage in anti-union activities, engage in wage theft, or violate labor laws.” On various occasions, he has stated that he intends to become the most union president in history.

Indeed, Biden has taken several steps to help unions, including reorganizing the National Labor Relations Board and immediately firing the general counsel appointed by former President Donald Trump. He also used the intimidating pulpit, including in unprecedented ways, to encourage collective bargaining.

Union membership remains very low by historical standards. It is estimated that after the Second World War, approximately one in three workers were unionized. Today it is about one in ten, and even less so in the private sector, despite the fact that the general public now views unions more favorably than in recent decades.

The task force attributed the decline in union density and rising income inequality to specific government policies shaped by Congress and the Supreme Court over the years.

“It is in our power to reverse this trend,” the report says.