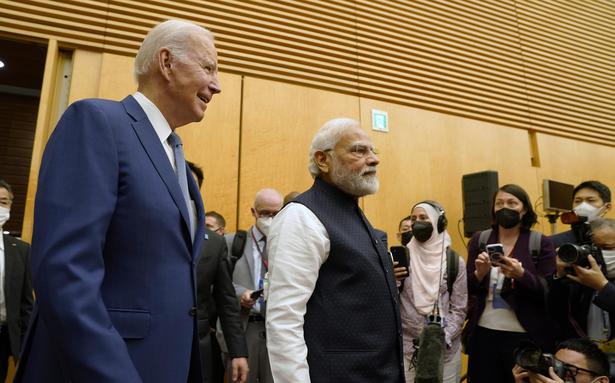 Asked whether US President Joe Biden will pressure Prime Minister Narendra Modi to “protect” India’s Muslims when the two meet virtually at a summit in July, White House Press Secretary Karine Jean-Pierre said this. Didn’t say he would, but said the president had “no problem” talking about human rights with foreign leaders.

“He [Mr. Biden] There is no problem in talking to leaders about human rights, about freedom, about the importance of democracy. This is something that the President has done in the past. I cannot speak, specifically, what is going to be on the agenda and what is their conversation going to be,” Ms Jean-Pierre said at a White House briefing on Wednesday.

She also said Mr Biden was a “straight shooter” and speaks “very clearly”.

“And when it comes to human rights, there’s no problem with those direct conversations — leader-leader talks,” she said.

Ms Pierre was also asked whether the White House had commented on the demolition of the homes of those protesting the remarks made against the Prophet by Indian officials. He didn’t answer the question.

Properties of persons allegedly involved in the protests have been destroyed in BJP-ruled states like Madhya Pradesh and Uttar Pradesh as well as in Delhi, without the permission of the bulldozers. Mr Modi has not commented publicly on the incidents so far. The UP government on Wednesday told the Supreme Court that bulldozers were used at illegally constructed sites and not in retaliation for participating in the protests.

The Prime Minister and President Biden are expected to meet virtually during Mr Biden’s visit to the Middle East on 13-16 July. The leaders will meet in a virtual ‘I2U2’ summit – a grouping of four countries consisting of India, Israel, the US and the United Arab Emirates (UAE). Mr Modi is also attending the Group of Seven (G7) meeting in Schloss Elmau, Germany on 26-27 June, where Mr Biden will also be present.