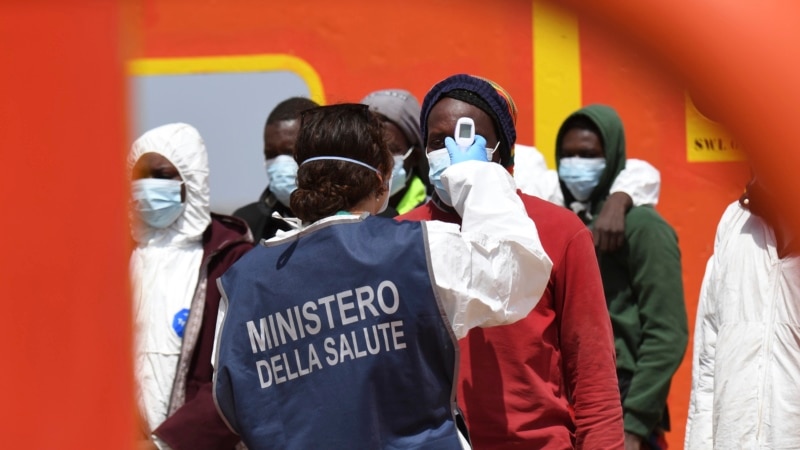 A new study sheds light on the health risks, challenges and barriers faced daily by millions of refugees and migrants who suffer from poor health because they do not have access to the health care available to others in their host countries.

The World Health Organization recently published its first world report on the health of refugees and migrants. WHO Director-General Tedros Adhanom Ghebreyesus called it a historic report and an alarm bell.

He said the report reveals wide disparities between the health of refugees and migrants and the wider population in their host countries.

“For example, many migrant workers are engaged in so-called 3-D jobs – dirty, dangerous and demanding – without adequate social and health protections or adequate occupational health measures,” he said. “Refugees and migrants are virtually absent from global surveys and health data, making these vulnerable groups virtually invisible in the design of health systems and services.”

Tedros noted that one billion people, or one out of every eight people on Earth, are refugees or migrants. He said the number is increasing. Tedros said more and more people would move in response to escalating conflicts, climate change, rising inequality and global emergencies such as the COVID-19 pandemic.

He said the health needs of refugees and migrants are often neglected or unheard of in the countries they pass through or settle in.

“They face many obstacles, including out-of-pocket costs, discrimination and fear of detention and deportation,” Tedros said. “Many countries have health policies that include health services for refugees and migrants. But many are either ineffective or have yet to be implemented effectively.”

Waheed Arian, an Afghan refugee and a physician in Britain, recalls the circumstances in which he and his family lived in a refugee camp in Pakistan in the late 1980s. They said they had been exposed to several diseases, including malaria and tuberculosis.

“The conditions we see now in refugee camps in different parts of the world – they are not much different from what I have experienced for the first time,” he said. “Although we were safe from the bombs, we were not physically safe. We weren’t socially safe, and we weren’t mentally safe either.”

WHO chief Tedros is calling on governments and organizations working with refugees and migrants to come together to protect and promote people’s health. He said the report sets out strategies for achieving more equitable, inclusive health systems that prioritize the well-being of all people.

How AR Redefines the Beauty Industry

How AR Redefines the Beauty Industry