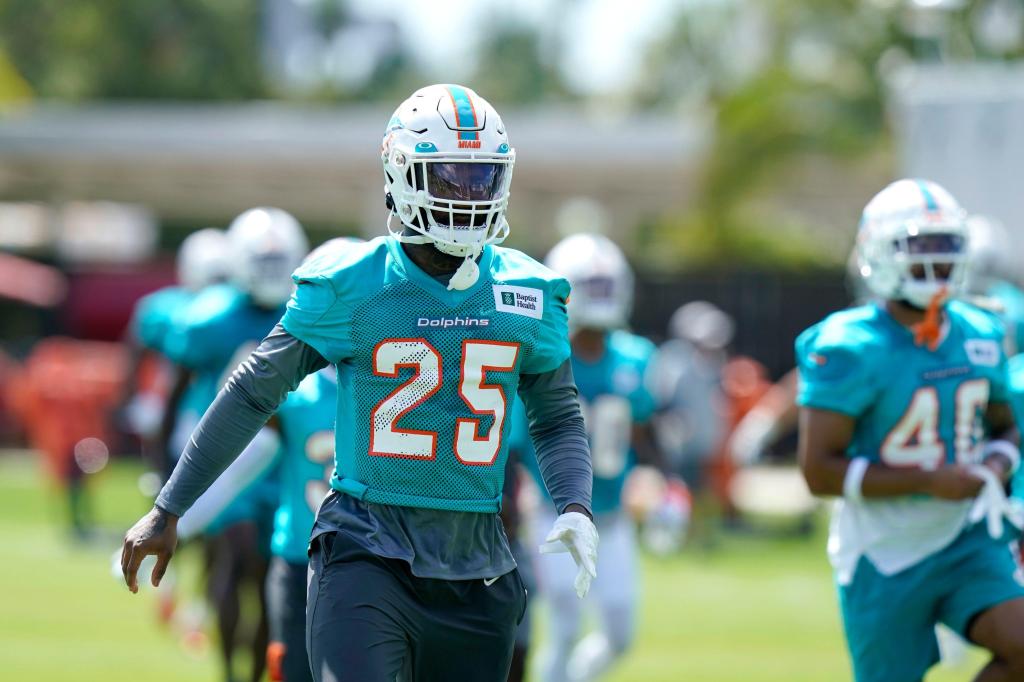 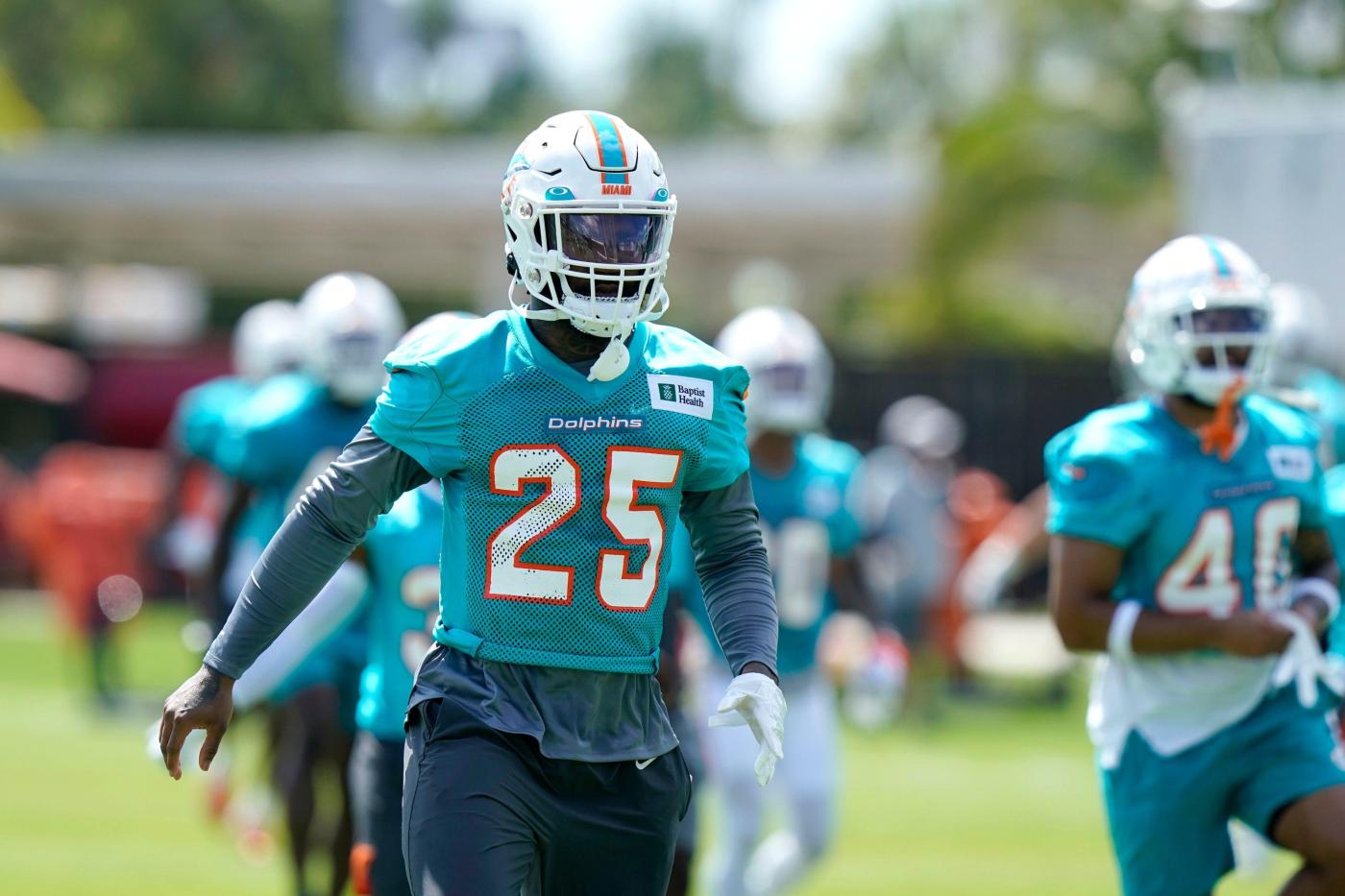 After Miami Dolphins cornerback Xvian Howard settled his contractual concerns this season, he returned with the team in a practice setting for the first time at Wednesday’s mandatory minicamp, the first of two seasons with Thursday.

Howard showed off a new neck tattoo of a peace sign that can be seen under his beard. For a three-time Pro Bowl selection, this is the epitome of his current state of mind.

“I’m at peace now,” Howard said after Wednesday’s practice. “I am happy where I am.”

Howard, an established veteran who could take it easy in the offseason after his 27 interceptions over the past five years, did individual practice but did not participate in the team parts of the season on his first day, when the other players remained after two weeks. Were. Organized team activities earlier this week. The OTA and minicamp are part of Phase 3 of the Dolphins’ overall off-season workout program, which began in early April.

“It feels great to be back with the guys, back with the team, putting in the energy,” Howard said. “It’s a pleasure to be ready to learn.”

This is in contrast to the one where Howard stood at the same point as the team last season, at the time being absent from the minicamp amid his contract dispute with the team.

Dolphins’ new coach Mike McDaniel is also delighted to have his star cornerback with the team.

“That makes me a better coach,” McDaniel said as he broke away from his post-practice media session, with Howard opening it up for the cameras to follow.

Howard said he mainly spent time with his family in the off-season, while occasionally working on his own.

With the new Dolphins not facing off against wide receiver Tyrek Hill on Wednesday, it will be a one-on-one practice matchup ahead of the season on day one.

“I’m glad I don’t have to go up against him on game day,” Howard said, “but like I said, we’re going to get better at each other.” thats what its all about.”

“He’s bombing it right now,” he said of the difference in his arm strength. “I think he’s just getting better.”

With Howard back with practice, the Dolphins still haven’t had three major legions to go through the off-season surgery he attended during the minicamp: left tackle Teron Armstead (knee), cornerback Byron Jones (lower leg) ) and Rahim Mostart (knee).

Armstead, the prized free-agent takeover on the offensive line, was seen favoring practice, as did Jones as a spectator during team practice late in the season.

“We’re trying to be very deliberate and deliberate with how we handle all these people,” McDaniel said. “It’s been great. We haven’t really had any setbacks across the board. We’re pretty conservative, but it’s on an individual basis. You try to handle it the right way that makes the most sense for all parties involved. comes in.

“When they are ready, they will be in full swing. I can promise you they want to play now, but between them and the training staff, we are trying to be very practical about getting them back .

Armstead spoke to reporters on Wednesday and said that his rehab has recovered, and he expects to be ready for training camp that begins in late July.

New Age rusher Melvin Ingram is still not practicing, nor does he have a jersey number at the moment, but he was active in Wednesday’s practice with outside linebackers wearing hoodies.

With Armstead as the team’s opening left tackle, the rest of the first team line still had to be placed.

After mentioning Connor Williams, a guard during four NFL years with the Dallas Cowboys as a substitute at the center last week, McDaniel spoke Wednesday about Austin Jackson’s chances of a perfect tackle. Jackson played left tackle as a rookie in 2020 and was mainly on left guard in 2021.

“I’m overjoyed when Austin Jackson is playing the right tackle because that’s the only way he can get better as a player, and that’s a whole lot of commitment,” McDaniel said. “We’re asking people to do a specific level of hard work, so you try to do it over and over, and he’s attacking him diligently. The bullets you get, the better.”

McDaniel was asked if he is comfortable in the position with Williams or last year’s starting center, Michael Deiter, and whether the team could add another offseason.

“If no other players are added, I am going to be very confident in my starting center next year. I am excited about who we have,” McDaniel said. You would not have been serving on 1st or 2nd June. That’s why we practice, and so we work diligently the way we do.”