Why don’t we fall out of bed when we sleep? 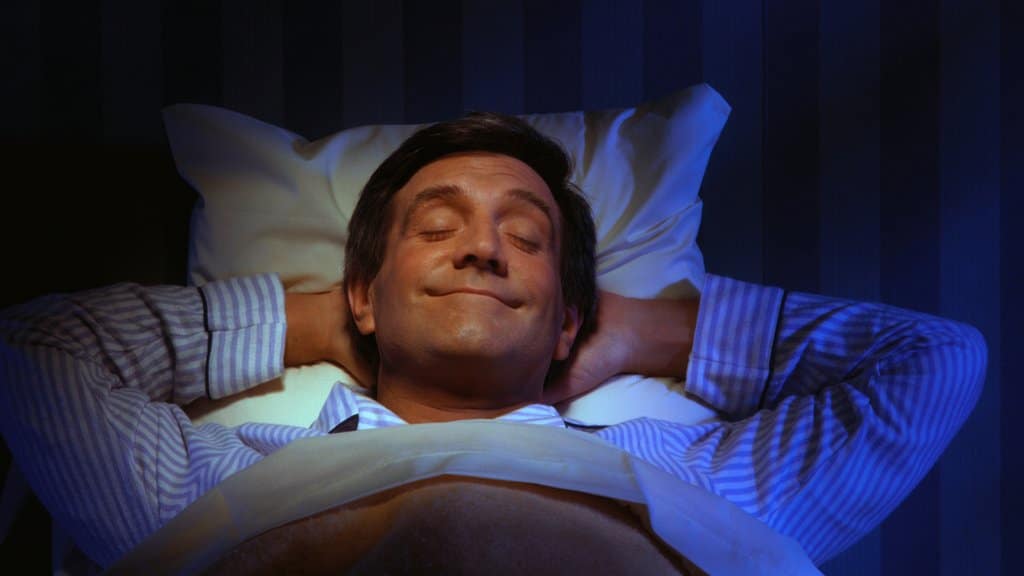 Although you are one of the lucky few who have only known the joy of deep rest, between closing your eyes at night and opening them hours later in the morning, we all know that both mind and body are active during sleep.

We not only dream but we snore, we talk, we laugh, we scream, we clench and unclench ourselves, and even we kick, punch , also do rest and spin.

But even if you sleep in a camping bed less than 65 cm. wide or in 200 cm. With a Super King, you’ll most likely wake up right where you went to bed, no matter how busy your night was.

Why is it that we don’t fall off the bed?

Professor Russell Foster from the University of Oxford told BBC Crowd Science: “It’s fascinating because we think we’re completely disconnected from our surroundings when we sleep, but no: if someone screams nearby , then you wake up.”

“Our bodies continue to collect information through our receptors.”

And there is a spirit that definitely does not sleep.

“It’s almost like a sixth sense. It’s not as good when we’re kids—that’s why some fall out of bed—but it gets better with age.”

So we don’t “black out” when we fall asleep, especially not one that keeps us from waking up dazed – and probably bruised on the floor.

In popular culture, the sixth sense is associated with extrasensory perception, foresight, precognition, intuition, the ability to communicate with a world inhabited by angels and ghosts.

It’s called proprioception, and experts have known about it for over a century.

According to science historian I. Bernard Cohen, pioneering studies were carried out in the 19th century by some of the giants of neuroscience: the Frenchman Claude Bernard, “one of the greatest of all scientists”; the Scottish anatomist Sir Charles Bell, whose “New Ideas of the Anatomy of the Brain” (1811) has been called the “Magna Carta of Neurology”; and Sir Charles Sherrington, who won the Nobel Prize in Physiology/Medicine in 1932 and who coined the term proprioception.

What was not clearly known until the second decade of this millennium is how dependent we were on it.

Do you want to see it in action?

Close your eyes, and then touch your right index finger to the tip of your left elbow.

easy? how you do that?

Somehow you knew where your finger was and you also knew the position of your left elbow.

What’s more, you can describe your entire body posture without even looking at it.

That’s proprioception: we have an awareness of where each part of our body is in space.

Proprioception is made possible by neurophysiological signals from receptors in our muscles, tendons, joints, and skin that inform the brain about the current length and stretch of muscles, joint rotations, local changes, and skin flexion.

This allows us to know in which direction our joints are moving, giving us an idea of ​​our posture and balance.

It is this feeling that, for example, helps you regain balance when you lose it.

However in that case there is one more which plays an important role.

Imagine that you are blindfolded and I slowly lean forward.

You will immediately feel that the position of your body with respect to gravity is changing.

This is thanks to the fluid-filled vestibular system in the inner ear, which helps us maintain balance. That system also gives us the feel of acceleration through space and is linked to the eyes.

But they don’t help much to avoid falling out of bed, since they’re closed, so let’s not lose course.

Let us again quote Professor of Kinesiology and Neurology at Pennsylvania State University, USA, who wrote in The Conversation that proprioception is “a key component of our ‘Global Positioning System’, which is essential in our daily lives because we need to It is needed to know where we are going.

“Proprioception allows us to determine the position, motion, and direction of each part of the body, whether we see it or not, and thus allows the brain to guide our movements.”

Thanks to this, while we are sleeping, we can move freely, but without going beyond the boundaries of the bed.

Remember that you can receive notifications from BBC Mundo. Download and activate the latest versions of our apps so you don’t miss out on our best content.