Why science and indigenous knowledge are important for conservation 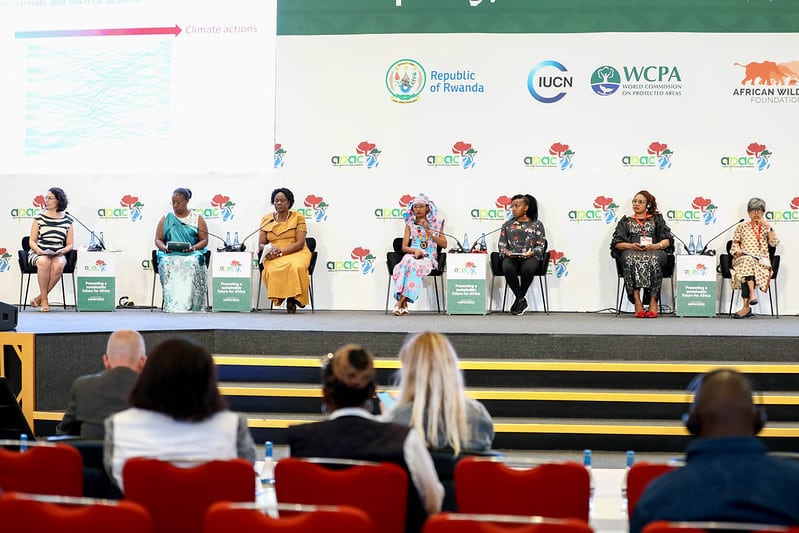 Conservation experts have emphasized that science and technology must be combined with indigenous knowledge for effective biodiversity conservation in Africa.

It is one of the various recommendations made during the African Protected Areas Congress, which convened over 2000 delegates including government officials, conservation organizations and interest groups from various countries.

On 22 July the delegates were presented with a report on the challenges, opportunities as well as recommendations that were assessed and included their input and chart methods on the First African Congress of Protected Areas.

When presenting the report, conservationists made a case for including African indigenous methods of conservation along with the scientific approaches used.

Daniel Banuoku of Ghana’s Miller Open University said the issue is the framework that allows the interface between science, technology and indigenous knowledge.

“Most of our conservation practices have, for a long time, been driven by external Western scientific principles. We are producing very malnourished results of conservation despite increased investment,” he said.

According to him, this is because the current system does not integrate “the important and core issues of indigenous knowledge, people’s perspectives, their cosmology and beliefs”.

Among other recommendations, Kasiki reiterated that sustainable finance for wildlife conservation requires a change of attitude from the relevant parties, which has been emphasized by various officials during the conference.

“African governments will fund conservation projects from their own budget before seeking outside help.”

One of the lessons learned was that COVID-19 pointed out that countries cannot rely solely on the tourism sector, but instead must have an emerging wealth or mechanism.

Simultaneously, Congress highlighted that some challenges to conservation include; Adopting sustainable agricultural practices, development of cities and infrastructure in Africa and ensuring the effects of insecurity on protected and protected areas.

There is also a need to build a diverse and professional ranger force that can be trusted by communities as they are expected to protect 30 percent of the earth by 2030, but their welfare is still lacking in many African countries.

In this case, women are at a greater disadvantage when it comes to recruiting rangers, Kaski said.

When it comes to identified opportunities within ecosystems, conservationists find that the post-2020 Global Biodiversity Framework is a huge opportunity for all, as it recognizes that conservation works best when equitable and This allows the view beyond the formally protected areas.

According to him, this goes along with the government’s role in involving indigenous peoples in establishing protected areas.

It is expected that the conclusion of the highly attended meeting will mark the launch of the Kigali Declaration on Conservation.

Gonzaga relishes presence of other mid-majors in NCAAs