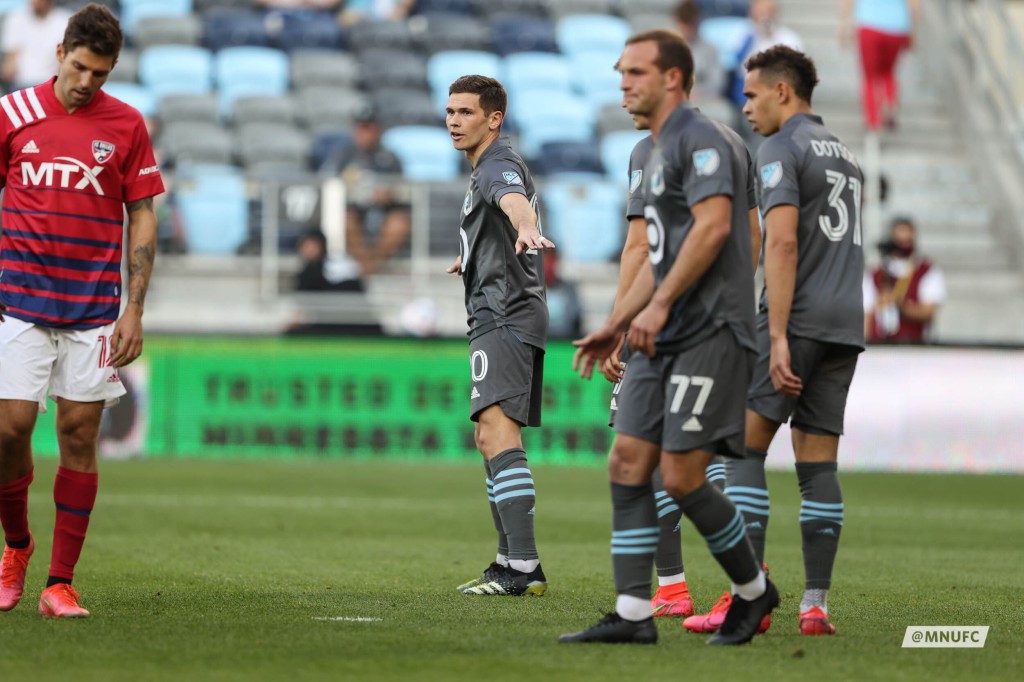 Wil Trapp will succeed Ozzie Alonso as Minnesota United’s captain for the 2022 season.

Trapp, a defensive midfielder in his second year with the Loons, will wear the armband in games he plays in this season, while center back Michael Boxall will serve as primary vice captain and likely wear the armband when Trapp is out.

“Will enjoys that responsibility,” manager Adrian Heath said Tuesday. “He likes to be a leader within the group. He’s a top-drawer professional. I always say to a lot of the younger guys, if you want to be a professional footballer and look how to conduct yourself, look no further than Wil Trapp.”

Last season, Alonso was MNUFC’s captain for 15 regular-season games and the MLS Cup Playoffs first-round match, with Boxall in that role for 12 games and Trapp for seven.

Trapp, 29, was not captain during his one season at Inter Miami in 2020, but he served in that role previously with Columbus Crew, where the Ohioan played from 2013-19.

Trapp injured his groin in last Wednesday’s preseason game against Real Salt Lake and missed the match against Viking FK on Saturday. Trapp rehabbed on the side during Tuesday’s training session in Blaine, and the belief is he will be ready to play in the season opener against Philadelphia Union at noon Saturday.

Chase Gasper, who had a scary collision with an opponent in the Viking match, has not participated in the team’s on-field work over the past few days, Heath said. If he can’t play Saturday, new signing Oniel Fisher would be a likely candidate to step in at left back.

Robin Lod, Romain Metanire and Abu Danladi received “maintenance days” on Tuesday, and Heath said he would be “very surprised” if that trio were not available to play in Philadelphia.

Center back Bakaye Dibassy, ​​who did not play in the three preseason games in Portland due to a quad injury, participated in training Tuesday, setting up his availability to start the opener.

The Loons are looking to sign attacker Emmanuel Iwe of Minneapolis and midfielder CC Uche of Lawrenceville, Ga., to contracts to play for the MNUFC 2 developmental team, along with Devin Padelford of Woodbury to a homegrown deal. Padelford, a left back, has played for the Loons’ under-19 academy team.

US to distribute about 837,000 Pfizer vaccines to Caribbean

Dave Hyde: After being cast into a deep, deep hole, how would the Humble Heat in Boston react?