Wild aren’t looking for a fight in rematch with Jets. They also won’t be backing down. 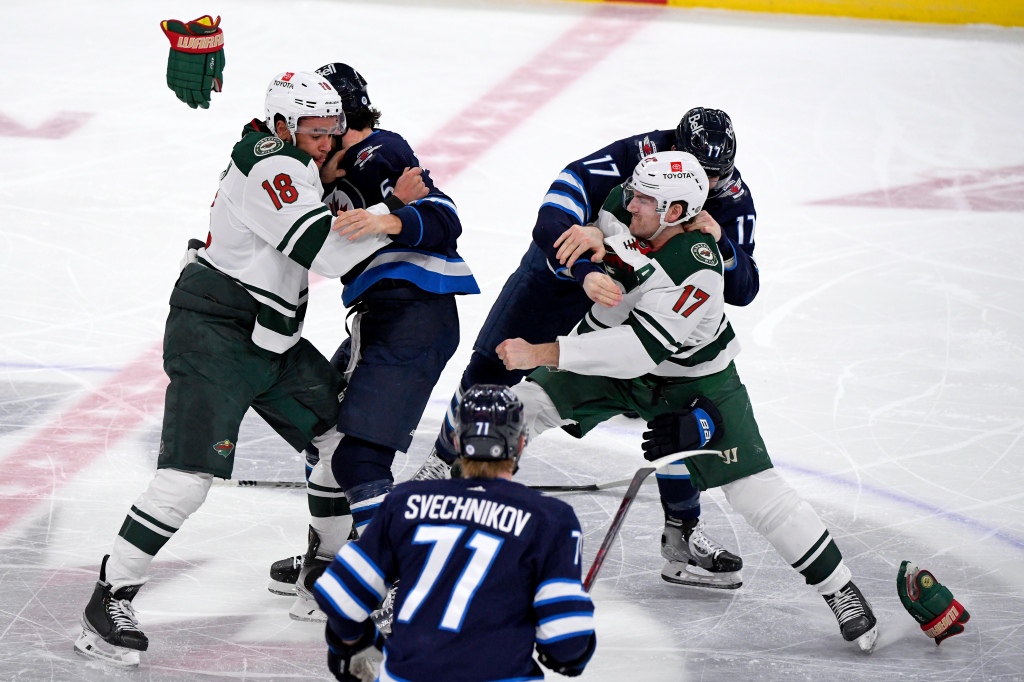 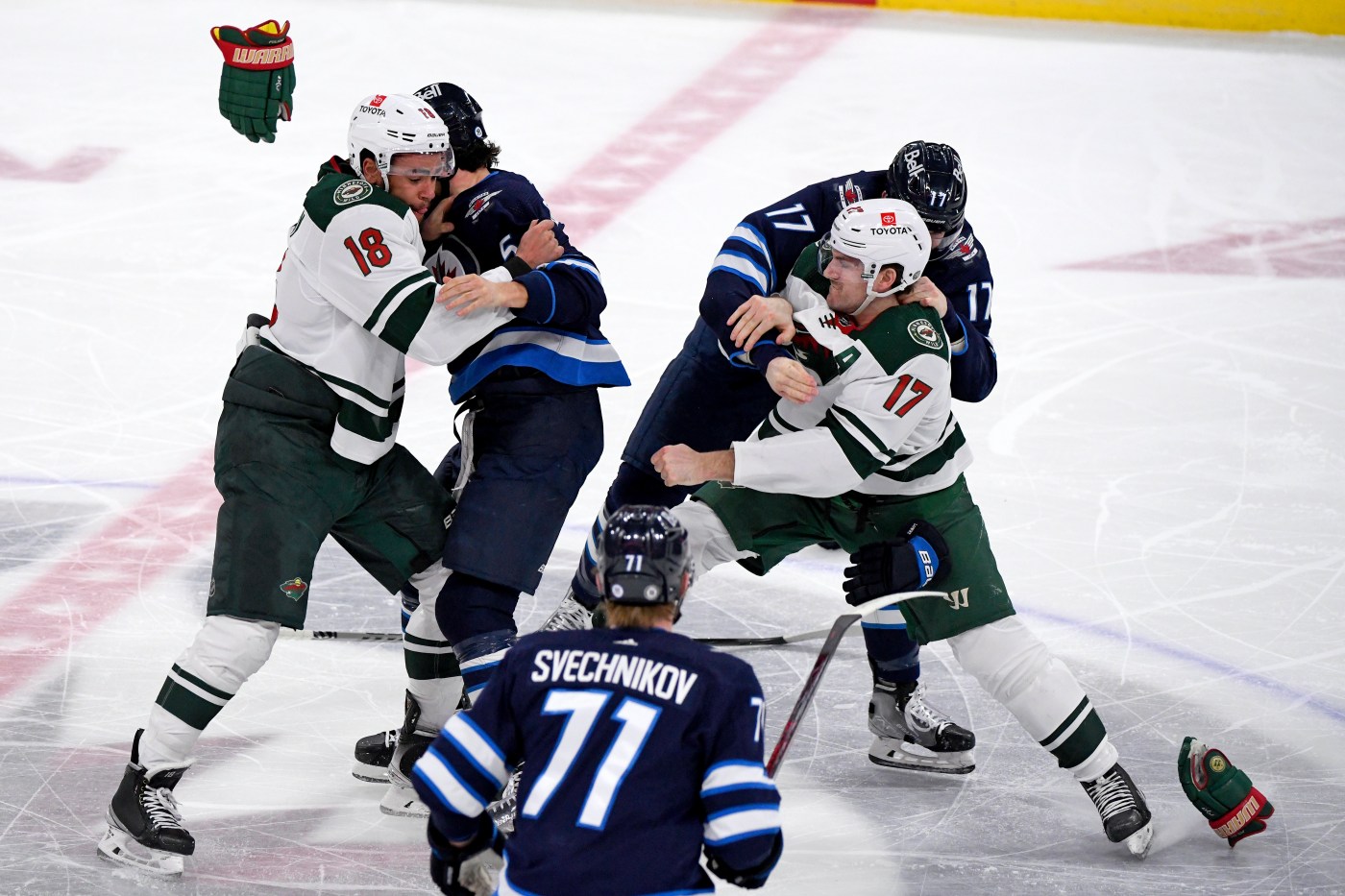 As much as Wild coach Dean Evason tried to downplay the potential of any fireworks, winger Jordan Greenway had no problem saying what everyone was thinking heading into a rematch between the Wild and rival Jets on Wednesday night in Winnipeg.

“It’s going to be fun,” Greenway said with a confident smirk. “We owe them, for sure, so they better be ready.”

That statement was a direct reference to an intense rivalry matchup last week.

Needless to say, the Wild still have a sour taste in their mouth. Not only did they lose 2-0 after a rather listless effort for 60 minutes, they also lost winger Marcus Foligno, who was suspended two games for kneeing Jets winger Adam Lowry in the head. He has served his suspension and will be in the lineup for Wednesday’s game.

Asked if he’s expecting any sort of retaliatory action, Foligno replied, “You go into every game prepared to do whatever it takes to win.” In other words, yes, Foligno has an idea that he might have to answer the bell, though he maintains that the knee to the head wasnt an intentional act.

“Just the heat of the battle during the fight,” he said. “If guys have to step up for a player like him, then so be. I don’t see it getting to that point. If it does, I’m OK to accept it, then move on from there and play my game.”

As for Evason, he clearly doesn’t want the Wild to get caught up in the extracurriculars.

“You see these games where there’s stuff that happened the game before, it ends up being an absolute rodeo, then sometimes it’s nothing,” Evason said. “I don’t know. We want to play the game hard. We’ll see what happens.”

The biggest issue the Wild had with last week’s game was that they felt the Jets escalated the situation long before the fists started to fly.

It happened early on when Foligno passed the puck, took a few strides into open ice, then got hit in the head by Jets defenseman Brendan Dillon.

“I’m a big boy; I can handle myself in that situation,” Foligno said of the hit from Dillon. “But if anyone is smaller than me, it might end in an uglier situation. That’s the stuff we don’t want to see. I’m not worried about getting hit. It’s more if (Kirill Kaprizov) gets hit or (Mats Zuccarello) gets hit or anyone of that nature.”

Nevertheless, Foligno was adamant that he plans to keep his composure in the rematch. He knows the Wild are a better team when he’s on the ice, so it’s on him to make sure he doesn’t spend too much time in the penalty box.

“That’s how it goes sometimes,” Foligno said. “You forget there’s a puck out there. I’ve got to do a better job of just controlling my emotions.

“It’s always been a physical game with that team. The biggest thing for us is to play our game and be smart and get a win there. There’s no doubt in my mind that we will be a lot better tomorrow.”