Wild fans threw dozens of caps on the ice, then Joel Eriksson missed a goal 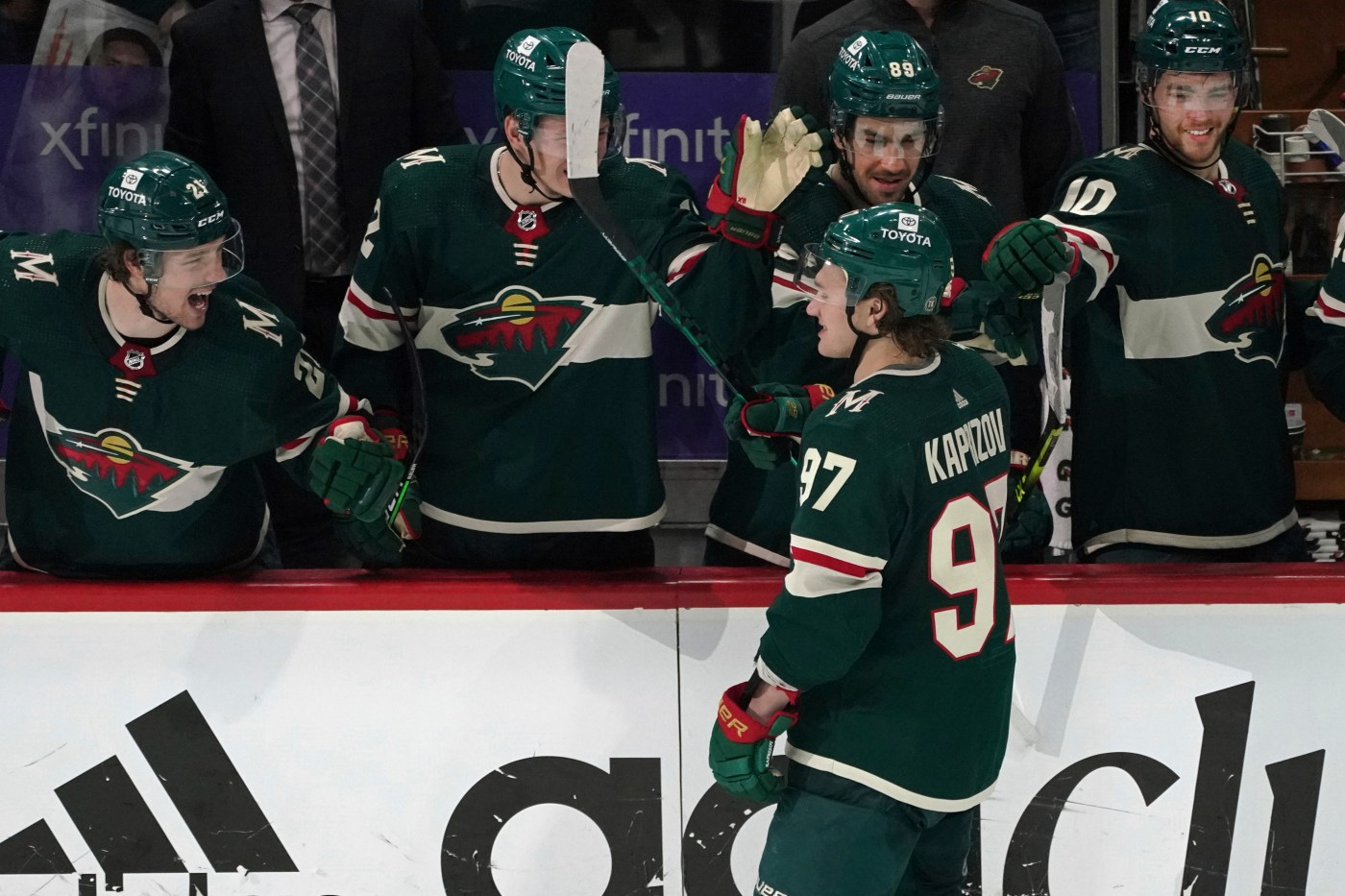 A shot from Joel Ericsson hit the first cap on the ice as he crossed the goal line on Wednesday night at the Axel Energy Center.

He had just completed his hat-trick, and within seconds, dozens of fans took the hat off the top of his head and threw it as far as he could.

It was a perfect run for the Wild Caps who would eventually go down to a 1–1 playoff series in the form of a 6–2 win over the St. Louis Blues. Until it wasn’t.

Upon further review, officials assumed that Marcus Foligno was outside the play, and honestly, it wasn’t particularly close.

The goal was waved which meant that Ericsson was no longer a hat-trick. Ignore the thousands of dollars worth of hats that were just launched on ice.

“I don’t care,” said the Ericsson one with a smile postgame. “It’s about winning. That’s what we want to do. But I think Moose should offer to buy some new hats for all those people.”

“I’ll see what I can do,” Foligno said. “I think (Jordan Greenway) should chip in then too, and Acker should definitely chip in.”

When asked if he felt bad for taking a hat-trick from the Ericsson one, Foligno joked, “He took away one of my assists.” After that he started throwing greenway under the bus.

“He has to dump the puck early,” Foligno laughed. “He’s on the greener. I thought the puck was already in the corner.”

All jokes aside, Foligno praised the Ericsson one for giving Wilde a big boost.

“His game was great,” Foligno said. “No matter what, hat-trick or not, he was definitely the star of the game for us.”

Fortunately for the fans who threw up their hats only to wave an Ericsson one goal, Kirill Kaprizov completed his hat-trick a few minutes later to ensure that the celebration was not in vain.

There were some fans who even had a hat at the time. He launched them onto the ice shortly after Kaprizov scored.

Many criticized coach Dean Evans’ decision to return to Marc-Andre Fleury after the Game 1 loss. Those critics thought Cam Talbot might be a better choice for Game 2.

Not that Evans would know. He doesn’t pay attention to that stuff.

“I’m glad I don’t because it’s like, ‘What does it matter? Evans said. “You know he’s going to respond properly. That’s what he does. That’s how he does it. That’s why we brought him here. He’s clearly a world-class goaltender who won the Stanley Cup.”

Fleury’s response was very impressive. He finished with 32 saves as Wilde won 6–2.

“I think everything got a little better for us as a team,” Fleury said. “It makes me look better.”

After being acquired by Wilde in a blockbuster move over trade deadline, Fleury is thrilled to make it to the playoffs. With the Chicago Blackhawks struggling this was not going to be an option.

“I feel lucky that I can continue to play[and]my season is not over yet,” Fleury said. “I knew it was a very good team, and obviously we’re facing a good team too. It’s a tough fight. So the win feels even better.”

While the wilds are healthy for the most part, the Blues are dealing with some injuries, especially on their blue line.

After playing Game 1 without Marco Scandella, Nick Lady was ruled out of Game 2, and Robert Bortuzo moved early after being hit in the head by a puck. Will any of those defensemen be ready for Game 3?

In a move to show that the Blues could be shorthanded, they recalled defenseman Steven Santini from the American Hockey League’s Springfield Thunderbirds.

Game 5 will take place on Tuesday night at the Xcel Energy Center, with the Wild and Blues tied the playoff series 1-1. The league announced on Thursday that the puck drop for Game 5 would take place at 8:30 p.m.