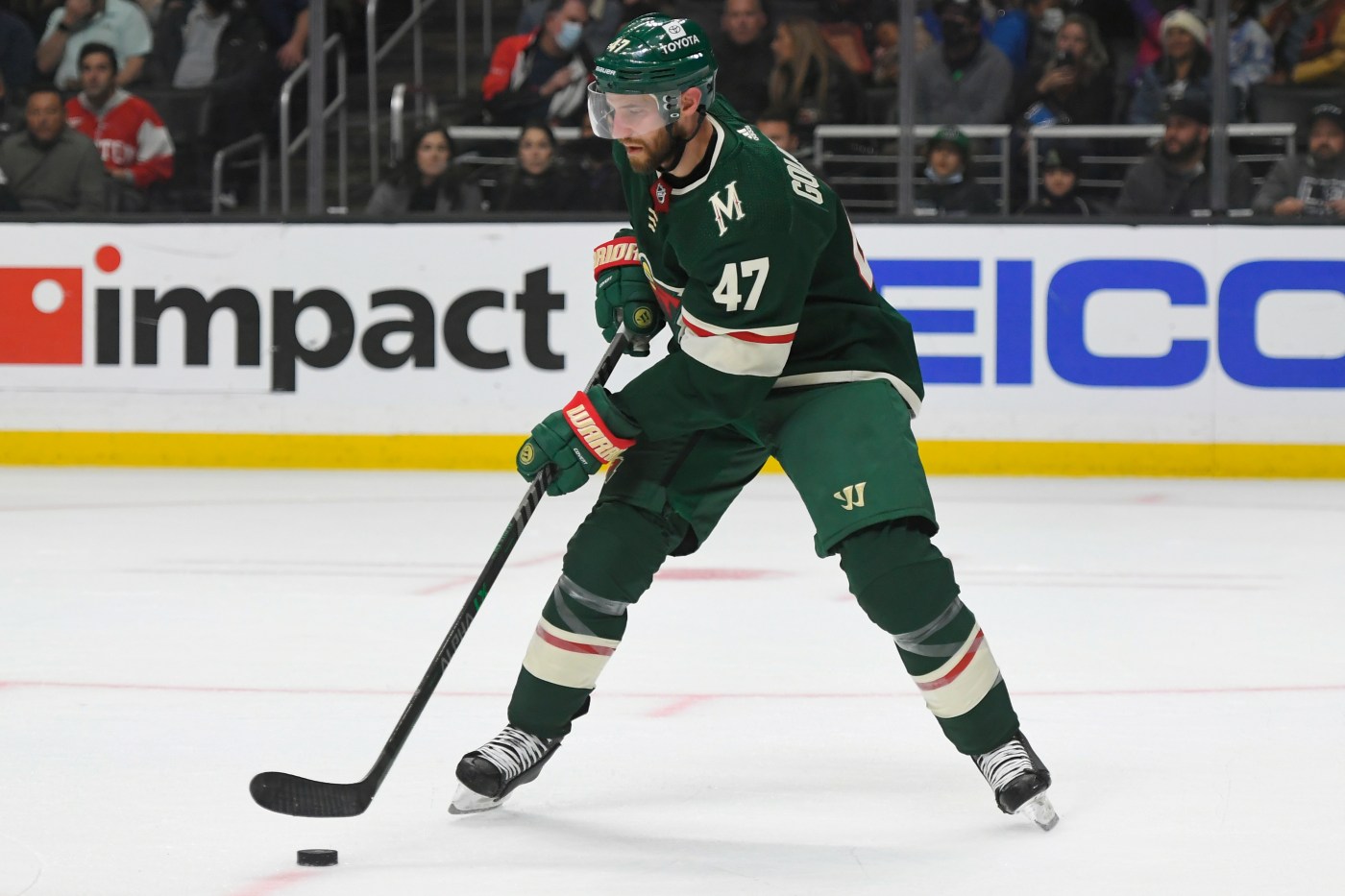 Alex Goligoski is going to win 1,000 career games in the NHL in a Wild jersey. It just will not be this season.

A few healthy scratches over the past week have ensured that Goligoski will not reach the milestone in the coming weeks. If he plays the rest of the way in every game – which is far from a guarantee with the amount of depth on the Wild Blue line – the veteran defender of Grand Rapids, Minn., Will enter the playoffs with 999 career games under his belt. . He is currently playing in 982 games during a 15-year career with four teams.

And there will be more to come after 36-year-old Goligoski signed a 2-year, $ 4 million extension with the Wild on Wednesday, a deal that will keep him through the 2023-’24 season. That means he will hit the magic number with his home state team early next season.

Not that it was Goligoski’s main focus.

Although he did the math and knew it could happen by the end of this season, he always planned to play next season, so he knew he would reach 1,000 games at some point. It’s a bonus that it’ll come with the Wild.

“How many people can do that in their home state jersey?” Goligoski said. “It’s going to be a fun day.”

Contract negotiations have accelerated over the past week, according to Goligoski, who mentioned it was on his radar dating back to the last off-season when he initially signed with the Wild.

“Of course it was a one-year contract and see how it goes,” Goligoski said of his current contract. “I have enjoyed every second since I was here, so it was an easy decision.”

And it has been a productive season for Goligoski despite recent healthy scratches; he has played in 58 of 65 games for the Wild (41-20-4) this season. His 28 points (2 goals, 26 assists) are just behind Jared Spurgeon for the team ahead in points by a defender, and his plus-34 rating leads the team by a large margin.

Apart from his production on the ice, the way Goligoski treated it as a healthy scratch speaks to his professionalism. As much as he wants to play in every game, he knows the coaching staff is doing what they feel is best for the team.

“We’re all here trying to do the same thing,” Goligoski said. “You continue day by day. I’m sure I’ll get in there again. That’s kind of how I take it. “

On top of that, Goligoski knows first-hand the depth it takes to win the Stanley Cup. He experienced this more than a decade ago with Pittsburgh Penguins when they won it all.

“Everyone gets used to it at some point,” Goligoski said. “We are in a wonderful place. We are healthy. We have depth. We play very well. It’s just a matter of keeping it going. ”

As for the extension, Goligoski is delighted that he and his family will be going nowhere soon.

“It was a great season,” he said. “I’m delighted to include it and to be with this team moving forward.”