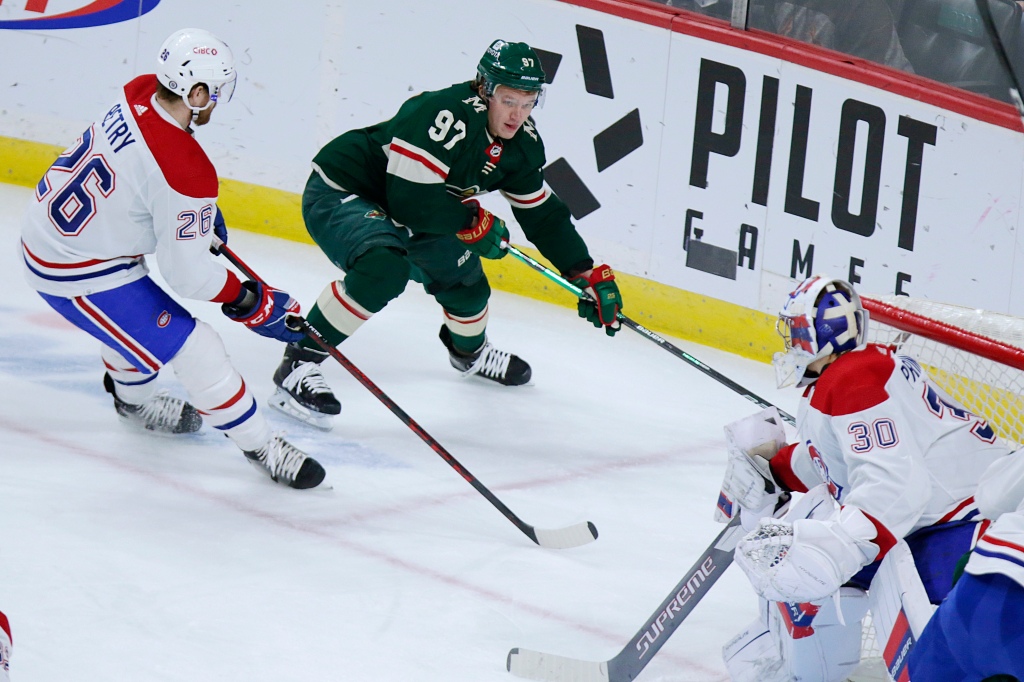 Ever since he took over the bench, Wild coach Dean Evason has made it a rule not to number his lines. Every time he is asked about the first, second, third or fourth line, Evason does his best to rephrase the question.

So while logic dictates that the first line is Ryan Hartman, centers Kirill Kaprizov and Mats Zuccarello, the second line is Joel Eriksson Ek, centers Joel Greenaway and Marcus Foligno, the third line is Freddy Gaudreau, centers Kevin Fiala and Matt Boldy, and fourth line. Nico Sturm centers Connor Dewar and Brandon Duheim, well, Evason doesn’t like to look at it that way.

However, on Monday night at the Xcel Energy Center, the combination of Sturm with Dewar and Duheim proved to be the deciding factor. In 22 seconds, Dewar scored the first goal of his NHL career, and on the next shift, Sturm added his goal.

Read Also:  Line from the von Miller trade to Aaron Rogers in Denver

This broke the game and Wild rode the wave to an 8-2 victory over the Montreal Canadiens. It set a franchise record for most goals in a game.

It was a perfect example of the depth that Evason has talked about over and over again this season. He is really comfortable playing his lanes and, more importantly, his players agree that playing time is evenly distributed throughout the roster.

The eruption made up for the fact that Wild was actually trailing early in the game. Yes, at one point the Canadiens actually took a 1-0 lead when winger Mike Hoffman beat Cam Talbot less than 90 seconds into the fight.

Shortly thereafter, Spurgeon scored to equalize 1-1 and Foligno added a goal to make it 2-1 to the Wild. This was the start of the Canadiens.

Even though the score was still close in the second period, despite the Wild dominating the game, Dewar scored in a rush to make it 3-1, then Sturm scored less than 30 seconds later to make it 4 : 1. Just in case, Zuccarello completed Kaprizov’s pass in the last seconds of the frame, increasing the advantage to 5:1.

This paved the way for a third period in which the Wild left no doubt.

After winger Rem Pitlik scored to close the gap to 5-2 on his return to the Twin Cities, the Wild brought him down. It started with a goal by Baldy to make it 6-2, followed by a goal by Jordy Benn to make it 7-2, and ended with a goal from Fiala to bring the score to 8-2.

Jyoti and Niyaz Ansari used to live in live-in … killed by banging their heads on the bottleneck.