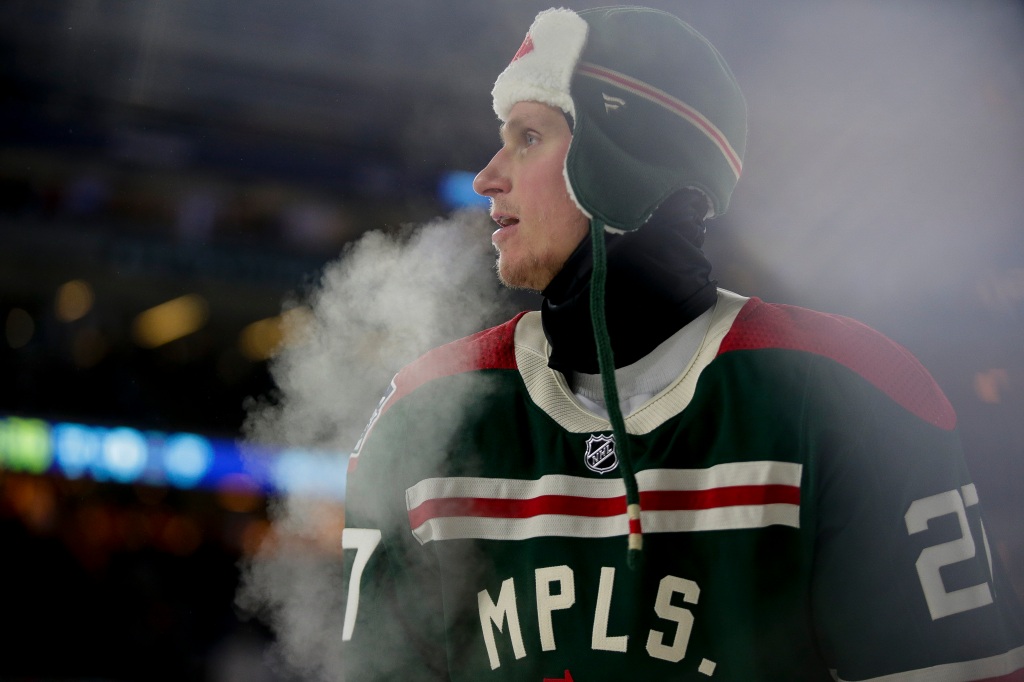 Nick Bjugstad obliterated his stick against a nearby wall shortly after leaving practice at TRIA Rink in downtown St. Paul. He screamed in agony as he headed toward the Wild locker room, the primal outburst born out of frustration more than the pain itself.

The incident occurred late in a Jan. 4 practice with Bjugstad defending a play in his own zone. As he battled hard for a puck near the boards, he absorbed an accidental slash from teammate Mats Zuccarello. The pain instantly radiated throughout Bjugstad’s right hand, and as he left the ice in obvious frustration, Zuccarello followed close behind to apologize for his actions.

“No hard feelings at all,” said Bjugstad, who came out of the play with a broken finger. “There’s no way I can put blame on anyone. I’ve done that to a few guys. You’re just out there playing hockey.”

Days after the injury, Bjugstad had surgery to repair the finger. Though he wasn’t able to stick handle until recently, Bjugstad has at least been able to stay in shape by working out with skating coach Andy Ness.

And the timeline of the recovery process has frustrated Bjugstad over the past month and a half, as he’s been forced to watch from afar while the Wild have continued their solid play.

“For a finger injury, it seems like an insane amount of time,” said Bjugstad, who admitted there were days when he felt down in the dumps. “You just have to get through it and stay positive and have a mindset that it’s a privilege to even do this for a living.”

Bjugstad’s forced time off is almost over. He practiced with his teammates on Tuesday and there’s a chance he could make the Canadian road trip next week.

“That’s going to come down to the surgeon’s discretion,” Bjugstad said. “Hopefully we get some good news here in the next couple of days. Just being able to practice I would assume I’d be with the team more often than not.”

Read Also:  Dolphins, Buccaneers Reportedly Tampa. I will do joint practice before the preseason game

When Bjugstad is ready to return to the wild lineup, coach Dean Evason will have a tough decision to make. As much as Bjugstad has carved out a nice niche for himself this season, Connor Dewar has emerged in his absence.

Not that Evason is looking at it as a bad thing. With so many games coming up, the Wild are going to need all hands on deck.

“It’s nice to have the depth,” Evason said. “To have that tough decision to make is good for us as organization and good for us as a team. I think everybody understands their role and where they sit. We try to make intelligent decisions with trying to keep everybody involved.”