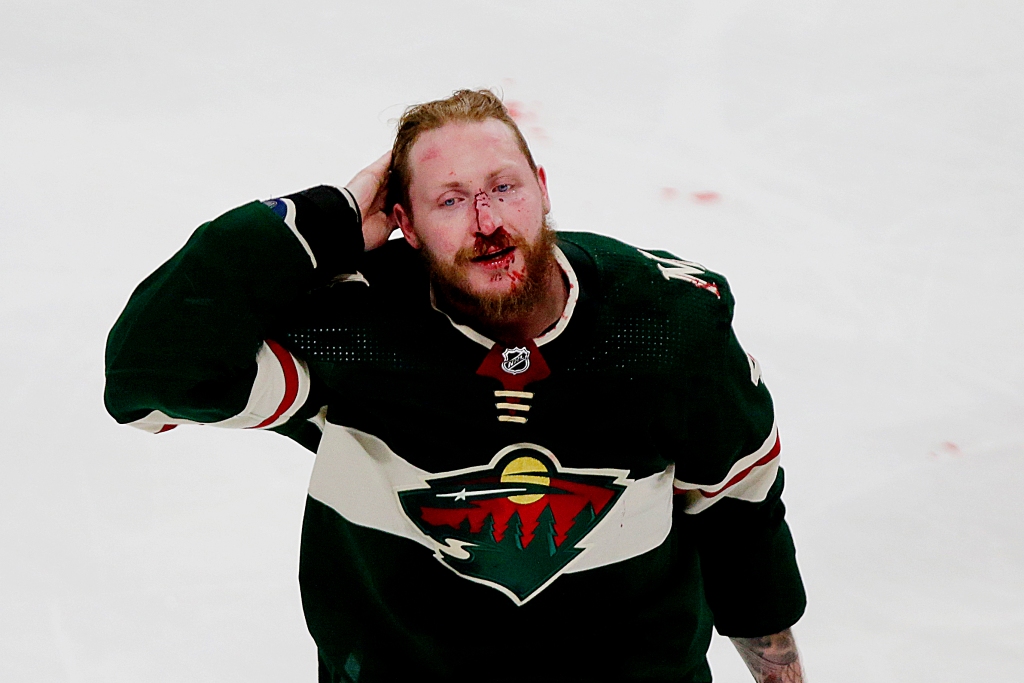 Nick Deslauriers played over 500 games in the NHL before getting his first taste of the playoffs. He came on with the Buffalo Sabers, spent time with the Montreal Canadiens, emerged as a seasoned leader with the Anaheim Ducks, and finally landed with Wild on the trade deadline a few months earlier.

How is he keeping up with the intensity of the playoffs?

“It’s cool,” said the Deslauriers as Wild played the St. Louis Blues in Game 5 at the Xcel Energy Center on Tuesday night. “You look at the same team until someone wins. It’s a different mindset that I’ve never had. I’m not going to lie, the first game I played was a little nervous.

Those nerves have slowly faded over the past week, and while Deslauriers hasn’t seen more than 10 minutes of ice time in any game of the series yet, he brings a physical presence every time he jumps on board. .

“We know our success is deepening the puck and working on our forechecks,” said Deslauriers, who plays with Tyson Jost and with Brandon Duhaime. “We know that when we keep the puck deep we get it back, and that’s where we can make our offense. We just have to keep going with that.”

The biggest reason the Deslauriers haven’t seen a ton of snow time is that Wild has been on power plays or penalty kills for the bulk of the series. This hinders coach Dean Evans’ ability to perform his role, and more often than not, some players are lost in the shuffle because of it.

“I think our line is doing well with the time we have,” Deslauriers said. “We’re not here to complain about it. Do we want to play more? Yes. Also, if we play less and win, we don’t care. It’s a team thing.”

That mindset explains why general manager Bill Guerin acquired Deslauriers on the trade deadline in March. He wanted a more experienced presence in the Wild Locker Room. He also wanted a little more sandpaper in the Wilde lineup.

Not surprisingly, the 6-foot-1, 220-pound Deslauriers has brought both to the table.

It started with his wild debut on March 21 against the Vegas Golden Knights. After scoring a goal earlier that game, Deslauriers prepared himself for a wild fan base by pulling Golden Knights center William Carlson out of the crease during a scrum in front in the final minutes.

When asked about the sequence postgame, Deslauriers replied, “No one should be standing there.”

This answer is the perfect encapsulation of the swagger with which DesLauriers carry themselves. His legend grew a week later when he dropped gloves with former fan favorite Nick Seeler. It was a heavyweight bout involving more than a dozen haymakers from each player.

Although there is no fight between the Wilds and the Blues in this series, the physicality is evident in each game.

In that sense, it has helped someone like Deslauriers wait in the wings. It’s not like he’s going out looking for trouble.

“You just have to play between the whistles,” Deslauriers said. “Nothing after all. The physicality is going to be there. We know how to play. We have to play our way and get to deep the puck and finish off our hits.”

Asked if the playoffs are as much fun as he thought, Deslauriers smiled before answering, “Yeah, 100 percent.”

Shadow heat is already starting for summer and beyond (will there be a next yurtseven?).

Quebec says MRI covide-19 vaccines are preferred over Medicare in most cases.