Will Earth move away from the Sun and therefore Sinaloa cool down? wrong! everything will be from the front 26 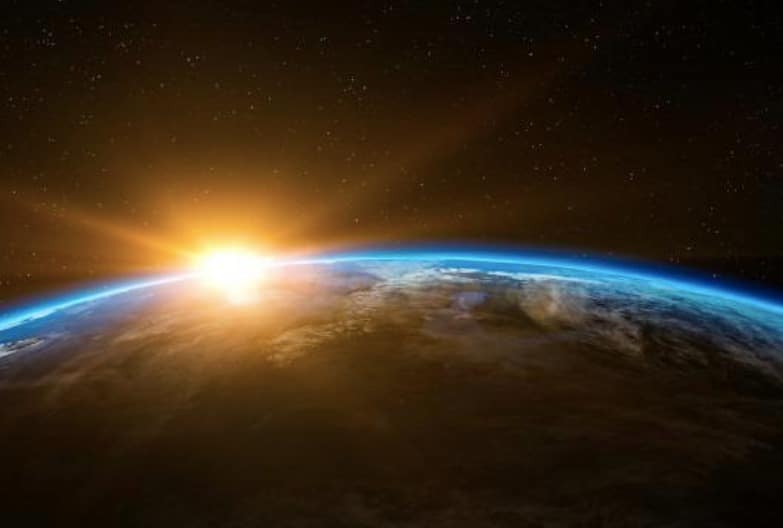 Sinaloa. , before Low temperatures and possible frost forecast in Sinaloa in the coming days Messages that mention the event “Afelio” or also known as “Aphelion”, They have started flooding social networks With one specific caveat: extreme cold.

but Before moving on to the topic, First of all We must know, understand and confirm what is “aphelion” or “aphelion”and what is its counterpart, “perihelion”, which occurs during the month of January Lived and very few people saw him.

Follow the weather information in the special section of Linea Directa

Astronomically “Aphelion” or “Aphelion”is that the point at which a planet is farthest from the Sun’s orbitBut this does not mean that the temperature should drop, as expressed in various messages shared by social networks.

If this message has reached you then be careful, it has nothing to do with what it actually is:

Remember: From today at 05:27, we will experience the APHELION PHENOMENON, the Earth will be further away from the Sun. We cannot see this event, but we can feel its effect. This will last till March. We will have cold weather, much more than cold weather, which will have an effect on flu, cough, difficulty in breathing etc. We should increase our immunity by taking several vitamins and supplements to strengthen it. The distance from Earth to the Sun is 5 light minutes or 90,000,000 km. The Aphelion event takes us 152,000,000 km from the Sun, i.e. 66% further away. The air will be cold, our body is not used to this temperature, the difference is great. We must take care of our health condition to the maximum, it doesn’t matter whether it is cloudy or sunny, a rise in cold will feel the same!!!

Experts and various scientific studies completely debunk this message that has been circulating over the years and is nowhere close to reality. To begin with, the message presents incorrect data regarding the distance between the Sun and Earth; And at the same time, the distance between the stars is not decisive for the temperature during the year, and it does not cause flu or cough, nor does it harm immunity.

Now let’s look at the equivalent, “perihelion”, which according to the specialized climate portal Meteored.mx was recorded on January 4, when “the Earth reached the closest point in its orbit to the Sun”, and it did not represent the warmest The day of the year will rise, won’t it?

In the case of Sinaloa, we know that the hottest period is during the summer, and is still part of October, which represents rising temperatures and even during 2022, they will reach a maximum with wind chill. reached 50 degrees.

In the case of colder temperatures, it is traditionally in February when they are registered; Let us recall how the frost of 2011 practically drowned the entity in a devastating wave that affected rural areas with losses running into millions.

For this reason and so that you are not carried away by misinformation, here we leave you the specific statistics of these two events, which are being recorded at the moment and the systems they cause, such as the third winter storm season, cold front The 25 and 26, which are expected to enter northwestern and northern Mexico next Friday, are bolstering winter, boosting previous messaging that has alarmed many.

Earth was closest to the Sun in its orbit.

It occurs a few days before the winter solstice and before the start of the coldest week of the year in this region of the Northern Hemisphere.

-And no, not because it’s farther from the Sun will it feel hotter on Earth.

Earth is the farthest point from the Sun.

Occurs two weeks after the June solstice, at which time astronomical summer begins in the Northern Hemisphere.

According to the experts of the Montevideo Planetarium, the registration of Effilio 2023 will take place on June 6.

—and not because it’s farther from the Sun will the Earth get colder.

According to NASA, when it is aposaur, the Earth is located at a distance of 152 crore 83 thousand 8 km from the Sun and 147 lakh 94 thousand 41 km on the aposaur, although the agency itself clarifies that the distance between the stars does not change. . Decisive to climate, it does not cause sudden fall or rise in temperature

“Besides the planets, other objects that revolve around the Sun describe elliptical orbits, so that their distance from it is variable and so at some point they are in their perihelion or perihelion. This behavior is explained by the so-called Kepler’s first law. Experts at the Montevideo Planetarium point out that this can be extended to all bodies that orbit each other. 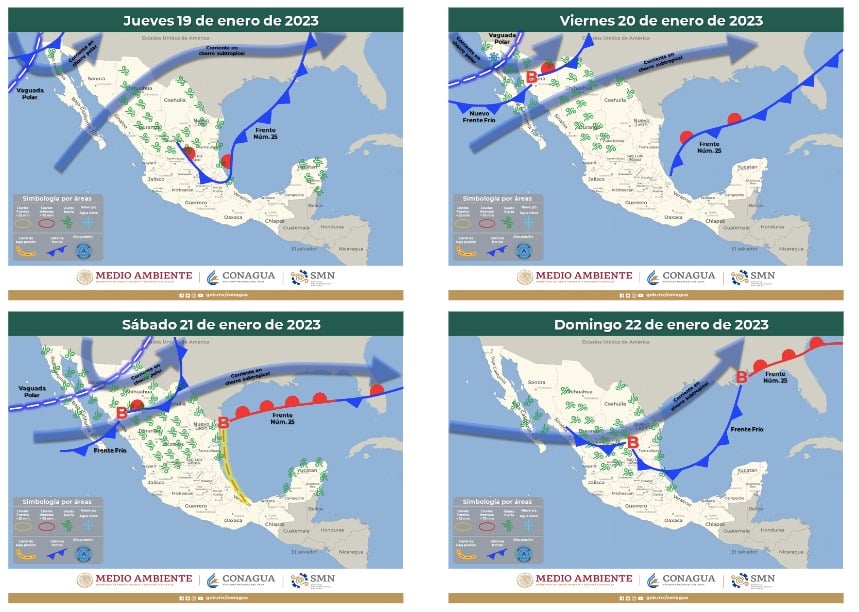 What does the National Meteorological Service say about the weather for the next four days in Sinaloa?

According to the official agency in Mexico for climate forecasting, as of Thursday the 19th, the third winter storm of the season will stop affecting the national territory, while cold front 25 moves east and produces Gulf of Mexico winds.

-Saturday around 21The 26th front will “hug” part of the Baja California Peninsula, Sonora, Chihuahua, and northern Sinaloa, while the trough will activate potential rain in the said areas.

-Sunday 22Cold Front 26 will move from Sinaloa to parts of western and central Mexico and southern Tamaulipas. 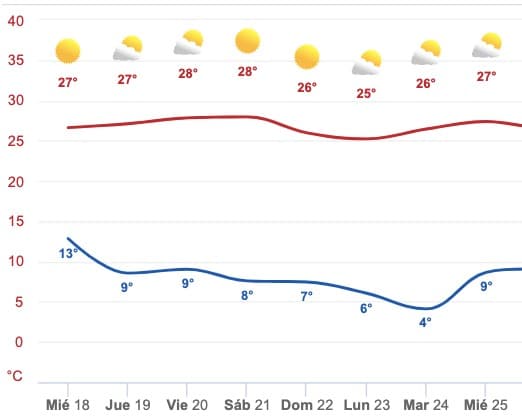 Temperature forecast for Sinaloa from January 19 to 24 according to the specialized meteorological portal Meteored.mx

-Thursday 19: Average low temperatures of 9 degrees, with the center able to drop a degree or two to the north of Sinaloa. Maximum temperature 27 with cloudy sky and possible scattered rain. Strong winds blew at a speed of 12 to 28 kilometers per hour.

-Friday 20: Minimum temperature 9 degrees and maximum 28 average. Winds with a speed of 12 to 23 kilometers per hour and will be cloudy.

-Saturday 21: Minimum temperature 8 degrees and maximum 28; Winds will blow at a speed of 13 to 32 kilometers per hour and the sky will be clear.

-Monday 23: Estimated lows of 6 degrees, which may be a degree or two lower than the unit’s north of center; The maximum temperature will be 25 degrees, partly cloudy and wind speed will be 12 to 27 km/h.

-Tues 24: Probably the coldest day of the month and so far this year, with a minimum of 4 degrees and a maximum of 25 degrees cloudy with wind speed of 5 to 26 kmph.