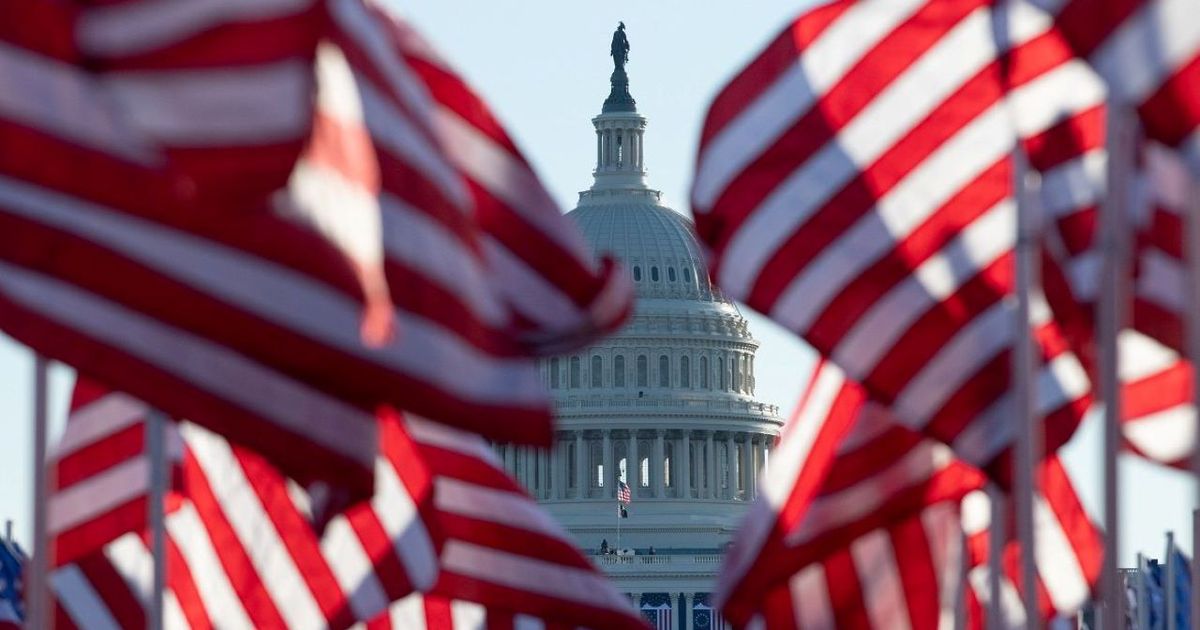 The midterm elections, held two years after the presidential election, are considered a thermometer that measures the level of voters’ approval of the administration of the government. Historically, these elections punish the ruling party. something that most surveys seem to show

This confirms that Republicans will reach most of the disputed seats.

We arrived at the election appointment with the Senate divided in half. Each party holds 50 seats, so Vice President Kamala Harris has had significant weight in the most important legislative decisions. In the House of Representatives, the Democrats hold the majority with 220 seats compared to 212 for the Republicans. Something that should change with the outcome of the election.

We can speculate long and hard about the various scenarios that will open up as a result of the elections. Will turn this analysis into a tedious and lengthy chatter. But since Republicans have created an agenda that reflects their aims and aspirations, there is no need for us to speculate if they will reach a majority as the polls indicate. For this reason, Diario Las Americas spoke with Jaime Flórez, director of communications for the Republican National Committee for Hispanics, to understand what a Republican legislative majority would mean and the details of this agenda, which he calls “Commitment to America.” Said, but presented. By Republican leader Kevin McCarthy at a party event held at the DMI Steel Production Company in Pennsylvania last September.

they will seek a bipartisan consensus

“The bottom line of a Republican victory is that it will either way force the Democrats to sit down and find a bipartisan solution. If there is no willingness on the part of the Democrats to find solutions to the problems, the Republicans will have the House and Senate to consider. There will be no other option but to submit to the repeal of some of those executive actions that are the cause of all the problems we are facing,” Florez said.

The first result of the Republican legislative majority would be that Representative Kevin McCarthy would take over as Speaker of the House of Representatives, which has been held by Democratic Leader Nancy Pelosi since 2018. “From a political point of view, we will be more effective in doing things that are really in the interest of the country. We have a huge number of problems to solve in the economic, immigration and security areas,” said Florez, who believes that the representative The House engages in aimless investigation into issues of the past, which is not going to change the reality of America.

“We think it is very important to return to efficiency and fiscal responsibility in legislative work, which are unfortunately lacking in today’s legislative decisions.”

Florez explained the four pillars of the Republican proposal. “The agenda aims to achieve a strong economy, a secure nation, a free America, and an accountable government.”

It is no secret to anyone that America suffers from extremely high levels of inflation which negatively affects the standard of living of Americans. As per the last update in September, the inflation rate is 8.2%.

“The result of inflation is that Americans are living 12 months on the equivalent of 11 months’ pay. Inflation has taken away one month’s pay,” said McCarthy, presenting the Republican agenda.

“Committed to America” ​​believes that achieving energy independence again is essential to strengthening the economy. “It will be necessary to return to exploit the oil in the United States,” Florez said.

“We must confront climate change in a slower and more responsible way. In the sense of President Joe Biden’s executive decision to cancel construction of the Keystone XL pipeline and suspend land leases for oil exploration and exploitation, America There are reasons to no longer be a self-sufficient and oil-exporting country, to become an importer, at a time when geopolitics have forced crude oil prices to skyrocket. Something every American is paying taxes for. Used to be.

The Republican agenda calls for more tightening with US government spending. “We warned the Democrats, don’t approve America’s bailout. Even some Democratic economists warned that the wasteful spending in Washington would bring this inflation,” McCarthy said.

According to Steve Scalise, a Republican from New Orleans, far-left policies have led to record spending. The incoming bill from Congress is borrowing billions of dollars, represents new taxes and has also approved the hiring of 87,000 new agents for the IRS. Do You Really Need 87,000 IRS Agents To Go After Billionaires? Or do they go after people who get $600 in their bank account and want to know where it came from? Where the 87,000 employees are needed is not in the IRS, it is at the border.”

To end dependence on China, Republicans propose encouraging the production of “high-quality consumer goods” in the US, according to Florez. He believes that competition is possible not on price, but on quality. “An idea our makers didn’t bother to wave.” It also calls for agreements with North American companies that invest in China to do the same in Latin American countries. “While there are some advantages in some competitive labor costs and transportation costs. We are solving two problems, supplying these products to the US and creating jobs in countries in our region that will help us fight immigration.”

The Republican majority would close the border and increase the staffing of the Border Department and Border Patrol. As McCarthy declared, the border crisis is out of control. “They have turned every state into a border state and allowed deadly fentanyl to flow into our communities, becoming the leading cause of death among Americans aged 18-45.”

“The first thing is to secure the southern border, to close it. We cannot keep the border completely uncontrolled, as is happening today. This brings heavy smuggling of people, fentanyl and other drugs into the US. On the other hand, we do not know who is entering, nor with what intention they are doing so,” the communicator said.

Florez acknowledged that he has to work on bipartisan immigration reform, “but as long as we have the existing laws, we have to follow them.”

He insisted, “One crore people can be legalized today, but if the borders remain open, tomorrow we will have to legalize another 20 million.”

The Republican majority would also advocate for guaranteeing rights as they appear in the constitution, taking on big tech companies, and holding the government to account.

Florez argued that Democrats wanted to change election laws so that it was not necessary to identify themselves when voting, so that people could vote without registering and thus encourage greater participation. “However, we have campaigned for voting integrity based on a very sound argument that we want to make it easier to vote, but more difficult to cheat. It is not only important to have elections, but also that they Let all accept the result in a free and transparent manner.”

Only The Economist/YouGov poll indicated in its October 25 poll that Democrats would lead from 45% to 49% of Republicans.)
@menendezpryce