Will Wisconsin be the latest Big Ten power to fall? Plus, other best bets for Wednesday 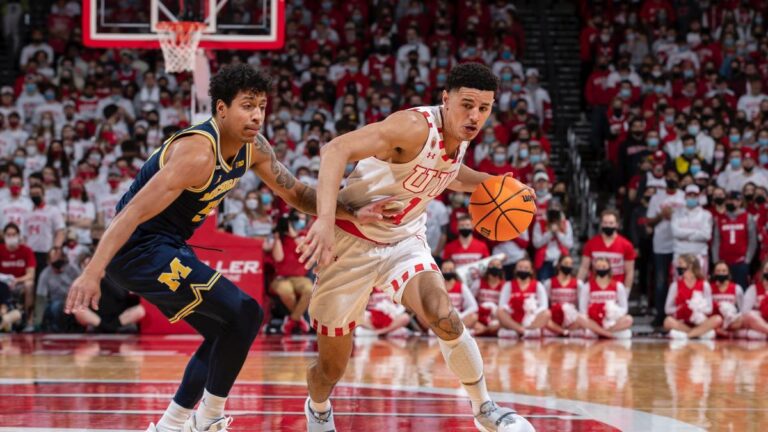 Everybody has a plan until they’re punched in the face. I was reminded of this on Sunday by my eight-year-old nephew, Jake. Jake’s already a history buff interested in military history and war, so he received the classic board game Risk for Christmas. The problem is, he has nobody to play it with. His mom and dad don’t know how, and his two sisters have no interest. So Uncle Tommy and Jake had a playdate on Sunday afternoon to play Risk.

I went to his house with a game plan. I was not going to let him win, but I would let him stay in the game longer. I didn’t just want to teach him how to play; I wanted him to have a good time, and just steamrolling him wouldn’t be a good time. So we set up the game, I explained the rules, and we began.

Keep an eye on your inbox.

There was an error processing your subscription.

Ten minutes later, my plan was no longer about making sure Jake had a good time. It was about my own survival. The kid was crushing me. It turns out my eight-year-old nephew has a better understanding of strategy than I anticipated because he knew where to put his armies and where to attack. To top it off, the kid was on the hottest dice streak I’ve ever seen, rolling nothing but fives and sixes, obliterating my armies at every turn. Within the first 15 minutes, he’d taken over South America and was on the verge of capturing North America. Another 20 minutes later, he controlled Australia and was eyeing my dwindling forces in Asia.

He’d eventually get them too.

My plan backfired because now he loves the game and wants me to come back and play again, but I’m not sure my ego could take another defeat.

Now for tonight’s picks. Don’t worry, they should be good. I checked with Jake first.

All times Eastern, and all odds via Caesars Sportsbook

The Pick: Minnesota +5 (-110): There are a lot of theories that have been thrown about as to why the Big Ten performs well during the regular season but routinely fails to see its best teams make deep runs in the NCAA Tournament. One of the most popular theories is that the style of play and officiating in the conference is so different from elsewhere that Big Ten teams have difficulty adapting. It might be true. I don’t know. I’m of the opinion that the Big Ten just wears its top teams down as the season goes on.

The trend starts before March and during the regular season. In the last few weeks, we’ve seen all of the Big Ten’s top teams lose games they shouldn’t have, or at the very least, you wouldn’t expect them to. And that is why I think Wisconsin is somewhat ripe for an upset in Minneapolis tonight, as it’s not difficult to imagine the Badgers having a letdown after a big win over Michigan — and the kerfuffle that came afterward — and possibly looking past a Minnesota squad that’s only 4-12 in conference play. This would be a problem for the Badgers because they’re not great even though they’re good.

I’ve gone over this here before, but Wisconsin is a bad shooting team, and shooting the basketball is one of the fundamental parts of the sport. Wisconsin ranks 253rd nationally in eFG% and 298th from three. They’re better from two, where their 49.1% shooting ranks 208th! Their strength is taking care of the basketball and not wasting possessions. They also defend well. But they aren’t genuinely elite at anything, which means they can run into trouble more often than you’d expect.

One of those nights, when the shots weren’t falling, was at home against this Minnesota team in January. Wisconsin won the game 66-60, but it wasn’t pretty. The return meeting in Minneapolis probably won’t look all that different, and the Badgers should be favored, but not by this much.

Key Trend: Wisconsin is 1-5 ATS in its last six as a favorite.

Here’s what SportsLine is saying about the game: The SportsLine Projection Model is leaning pretty heavily toward one side of the spread tonight as well.

The Pick: Over 140.5 (-110) — Speaking of teams wearing down as the season trudges on, I think Auburn might be wearing down. After starting 22-1, the Tigers have lost two of their last four and enter tonight coming off a road loss to a Florida team that might not make the NCAA Tournament. Stud freshman Jabari Smith has managed to get his points, but his shooting has dropped off, and you have to wonder if he’s hit a freshman wall of sorts.

I’m not expecting another loss tonight against a very beatable Ole Miss team, but Auburn’s defensive performance has slipped a bit lately as well, and that’s what has me believing this total is a bit too low. Ole Miss is awful on the defensive end, but it’s shown to be adequate enough offensively. It has shot well from beyond the arc in conference play, and Auburn is not great defending the three. Meanwhile, Ole Miss can’t defend anywhere, so this one could get crazy. Don’t be shocked if the total cruises past 150, let alone 140.

Key Trend: The over is 4-0 in Ole Miss’ last four games and 4-1 in Auburn’s last five home games.

The Pick: Under 2.5 (-110) — While the Champions League is still in the first leg of its Round of 16, the second legs of the Europa League’s playoff round resume tomorrow, and this is a matchup worthy of the Champions League. These teams played to a 1-1 draw last week, but the result was somewhat misleading. While Napoli’s Piotr Zielinski made a terrific play to open the scoring in the match, Napoli never threatened much. They rarely had the ball and managed only four shots (though all were on target) to Barcelona’s 20. The xG battle had Barcelona winning 1.99-0.86.

For the return leg in Napoli, I’m not sure how much more potent Napoli will be in attack — they should still be without both Matteo Politano and Hirving Lozano, which has forced the club to play Eljif Elmas out of position on the wing — but I’m confident the Partenopei will defend better. Napoli have been outstanding defensively all season long, and at home, they have allowed only an xG of 14.1 in 16 matches between Serie A and the Europa League. As for Barcelona, ​​there are so many new faces in the team’s attack, and it feels as if everyone is still trying to figure each other out. That’s why I’m going with the under (not including extra time).

Key Trend: Napoli allow an average xG of only 0.88 at home this season.

SportsLine Pick of the Day: We’re heading to Worcester, Mass. tonight, as the SportsLine Projection Model’s top college play of the night — by far — is on the spread between Holy Cross and Colgate.

We’re betting on each of the following golfers to finish in the top 10 this weekend.